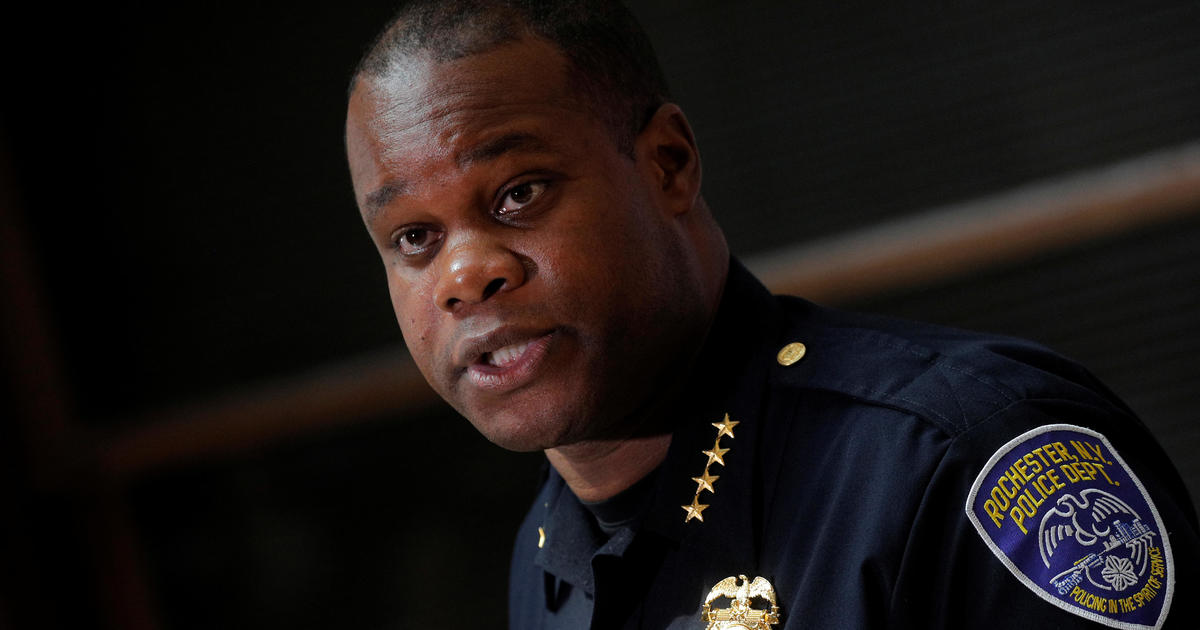 The police chief in Rochester, New York, announced his retirement Tuesday as his department faces scrutiny over the March death of Daniel Prude, a 41-year-old Black man who died in police custody. Chief La’Ron Singletary, a 20-year veteran of the department, was appointed to the role by Mayor Lovely Warren last year.

“The mischaracterization and the politicization of the actions that I took after being informed of Mr. Prude’s death is not based on facts, and is not what I stand for,” he added.

Warren on Tuesday said she had not asked Singletary to resign and later said Singletary will remain on the force until the end of the month.

Prude’s death was largely unknown until last week when his family released body camera footage of his encounter with police. The footage showed officers confronting a naked Prude, who his family said was having a mental health episode, on a Rochester street on March 23.

The footage, which sparked protests in the city, showed officers handcuffing Prude, putting a spit sock over his face and shoving his face into the ground for more than three minutes. Seven officers involved in the arrest have been suspended.

Warren last week claimed Singletary had originally told her that Prude had died of an overdose in police custody and that she had not seen the footage of Prude’s death until early August.

“l have addressed with Police Chief La’Ron Singletary how deeply disappointed I am in him personally and professionally for failing to fully and accurately inform me about what occurred to Mr. Prude,” Warren said at the time. “He knows he needs to do better to truly protect and serve our community and I know he will.”

Warren and Singletary have pushed back against accusations of covering up Prude’s death, saying they were instructed to allow the New York Attorney General’s Office to complete its investigation before publicly releasing information on the case. State law requires all police custody deaths to be investigated by the attorney general’s office.

Singletary’s resignation comes days after the attorney general announced that she will set up a grand jury to investigate the case, and on the same day Prude’s family filed a civil rights lawsuit against Singletary, the city, and other members of the police department.

Deputy Chief Joseph Morabito and Commander Fabian Rivera also announced their retirements, while Deputy Chief Mark Simmons and Commander Henry Favor returned to their previous ranks as lieutenants, the department said. The Rochester police union said it was surprised by the resignations, but claimed that “the problems of leadership go directly to the mayor’s office.”