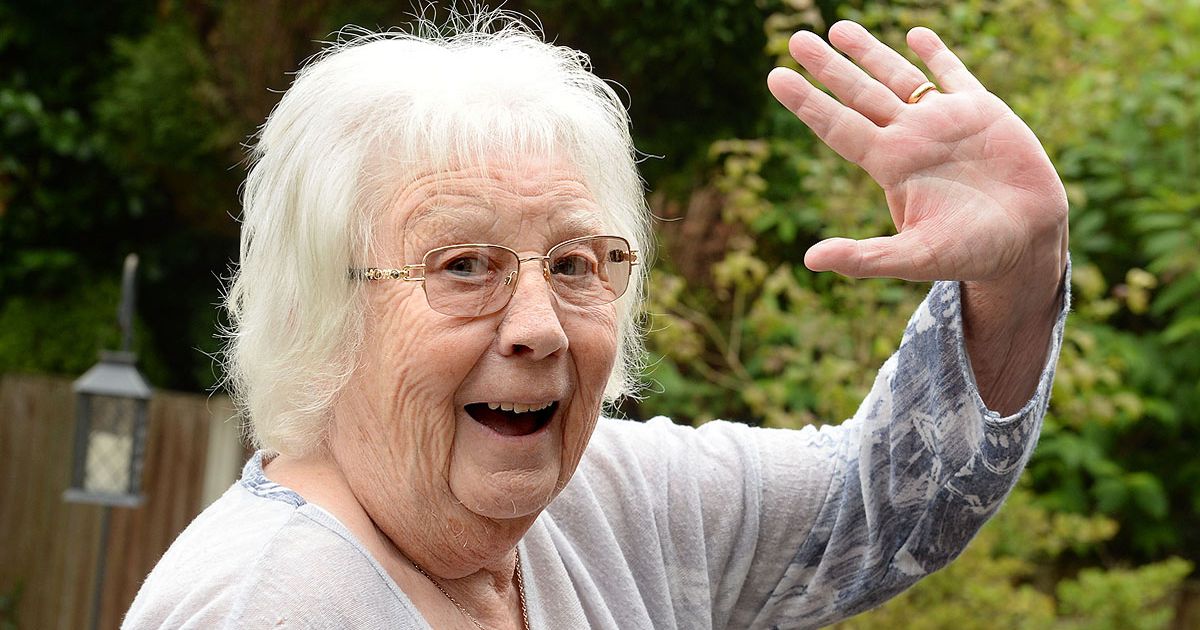 In her column, Val Savage, the 72-year-old mum of football hero and Mirror columnist Robbie Savage writes about the joy of chatting to strangers on a shopping trip 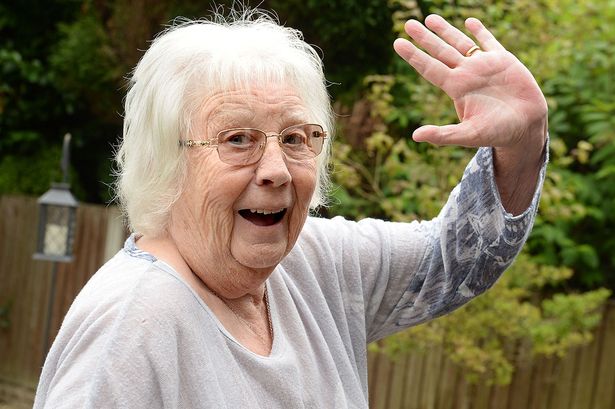 In all the things denied us during lockdown, I hadn’t realised how much I missed sharing chit chat with strangers.

Those cheery interactions with shop assistants and little jokes with passers-by always lift spirits. Even a smile across the street is a tonic.

That’s one of the reasons I loved going to a retail park in Chester with my friends Sue and Keith this week.

I haven’t been to any shops since March 9. We left early in the morning so it wasn’t crowded, and I didn’t feel half as nervous as I was going out for lunch for the first time last week.

Talking to new people was just the pick-up I needed. 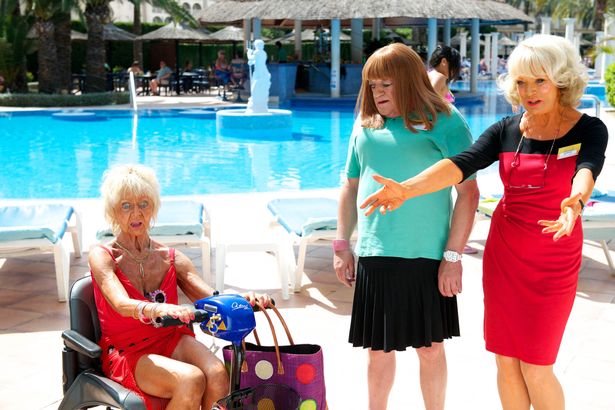 We had such a nice chat and a laugh Sue did not believe I’d never met them before. But isn’t chatting to strangers one of the loveliest things to do? Especially now, when we’ve all been so isolated.

Dressed in my long grey cape to keep my shoulders warm as well as my gloves and mask, I told the lady in the card shop I only needed a couple of pistols and I’d have been mistaken for Clint Eastwood. We both laughed our heads off.

Maybe, with my bad legs, I’m more like Hopalong Cassidy.

Sitting with a cup of tea outside Costa at a retail park in Chester, watching and chatting to the people going by, I thought, ‘I could sit here all day’.

Talking to as many people as I could made me remember what life was like before coronavirus. And even though I could count on two hands the number of people who wore masks, all around me things were different.

A little girl holding her mum’s hand coughed as she skipped by us in Costa and her mum said: “Don’t worry – she hasn’t got Covid”. And I realised that’s what the world’s like now.

At the carvery, I worried I wouldn’t be able to have horseradish sauce, cranberry sauce and mint sauce if I wasn’t helping myself now they’ve had to do away with buffets. But the waiter said he’d put it all on for me. When he asked how many roast potatoes I’d like, he laughed when I said: “26”.

I couldn’t manage all the pork crackling, but it was too lovely to leave. So I wrapped it in a clean tissue and took it home to eat while watching telly that night. I chewed so much I had to use mouthwash to ease my sore gums the next day.

A lovely meal with great friends and laughs with new faces – could a day be any better than that?

Piers Morgan interview was a tearjerker

I watched Piers Morgan’s interview with Vinnie Jones and sobbed when he cried about his late wife. He was the hard man of Wimbledon and the film Lock, Stock and Two Smoking Barrels. But even the hardest people have a heart. And Piers is so good at getting to people’s hearts.

I’ve seen other chat shows, but I only like Piers because he’s a fiery Jack the Lad.

I would love to interview Piers and turn the tables. I think I’d be brilliant.

My first question would be: “Where did you get a name like that? I’ve never heard of a Piers before.”

I’d tell him he should have had a back hander when he was little because he’s very mouthy.

And I’d ask if his mum worries about him, even though I just know she does because he’s always in trouble. He can’t help getting into scrapes because he’s open and honest.

I wouldn’t let Piers dodge any questions. I’d say: “Excuse me, don’t go round the houses with me. Give it to me straight. And respect your elders.”

If he tried to shoot me down I’d say: “We can be here all day but you won’t get the better of me, pal.” And if he carried on, I’d say: “Right, we’re cancelling this interview.”

I’d get to the bottom of everything.

I couldn’t get to London because my legs are bad. And I don’t know how to work that zoomy thing. So Piers will have to come to Wrexham in a helicopter and land it on my lawn, and I’ll make him a cup of tea before the interview. He’ll get it in a mug like everyone else.

Then I’ll go to Abergele to interview Ant and Dec. I’ll tell them I have vascular disease, one eye that sees properly, two knees that don’t work, arthritis through my body and they’ll feel sorry for me and agree to a chat.

I might even take over as the editor of the Daily Mirror. I’ll be sued constantly for writing what just spurts out of my mouth. And the current editor will have to be furloughed. But we’ll all have a great laugh.

Excitement building for I’m a Celeb 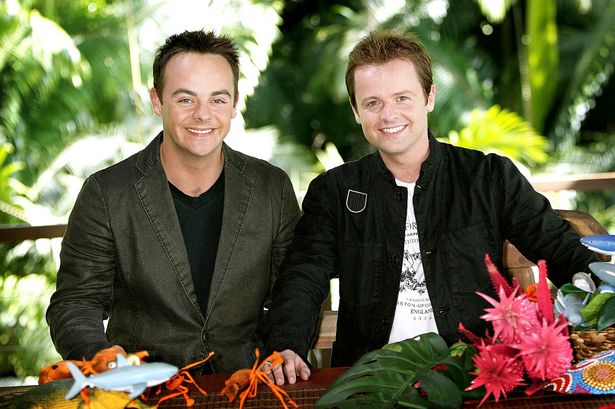 I’d love to see the shops in Abergele which have Ant and Dec’s cut outs in the window. They’re ramping up the excitement we already feel about them coming to Wales to film I’m a Celebrity.

I remember stopping in my tracks outside a William Hill betting shop when they had a cut-out of our Robert in the window. It was when he had all that hair.

I’ve never been in a bookies in all my life, but went in to get a closer look and was tempted to ask the man behind if I could take it home because he’s my son.

I didn’t, because I don’t like name dropping. But I wish I had because it would have been nice to have him here without all his mouthing. 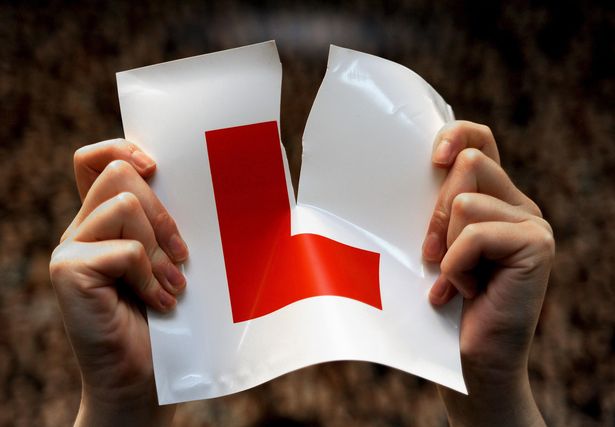 Our Robert’s eldest son Charlie sat his driving test on Wednesday and I was a bag of nerves. My stomach was churning and I had 100 cups of tea while I waited for news.

He passed! I was delighted for him, but terrified to think of the danger he’ll face on the roads.

I didn’t fret half as much when my sons Jonathan and Robert passed their tests, but I think the worry worsens when you’re a grandparent.

Charlie’s determined he’s going to come to Wrexham to pick me up. But I’m having none of it. Those motorways in Manchester have four lanes of cars all flashing and overtaking. When you get older, your nerves go.