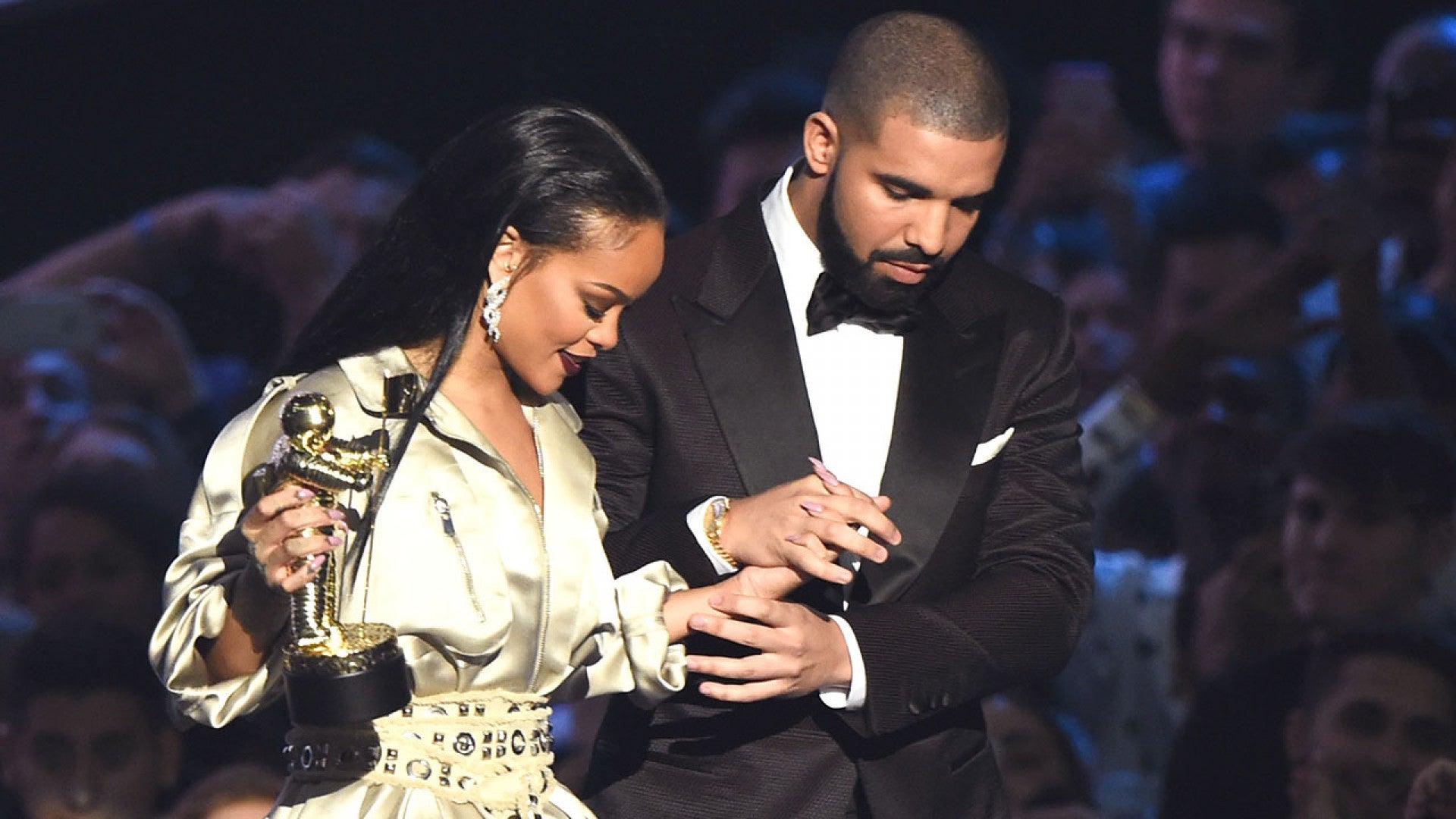 Rihanna’s Brothers Reportedly Hope They’ll Get Back Together – Here’s Why They Were Hanging Out In Barbados!

Drake sparked quite a few rumors on social media when he was filmed walking around at night in Barbados, which so happens to be Rihanna’s home country! Many teased the rapper by joking that he was looking for her there.

But not too long after, pictures of Drake with Rihanna’s family, posing together happily appeared online, and fans started to take those teasing words more seriously!

Now, one insider claims to know what Drake was actually doing there at the time.

Was he actually trying to get back into his ex’s graces by hanging out and being friendly with her family?

As it turns out, he was in Barbados for work purposes!

The source tells HollywoodLife that ‘Drake and his crew flew to Barbados on his new private plane because they’re there for a week or so to shoot a music video. He arrived on July 11 which was the first day Barbados opened its airport to international visitors after a long lockdown due to the pandemic.’

Drake spotted out today on Rihanna Drive in Barbados. pic.twitter.com/aZQOO0u5OS

They went on to also stress that the Canadian artist as well as his entire team was tested for COVID-19 and since the results were negative for all of them, they were able to travel to Barbados with no worries.

Another insider also dished via the same news outlet that Drake and his baby mama, Sophie Brussaux are not together again and continue to only be co-parents.

With that being said, they mentioned that Drake is really happy she’s moved to Toronto with Adonis as well so that he can be closer to him.

Finally, the source also talked about Drake’s relationship with Rihanna’s family, saying that ‘Drake became friends with both of Rihanna’s brothers (Rorrey Fenty and Rajad Fenty) through her and they’re still cool with him. They’re actually both really big fans of his and would love to see their sister settled down with him. They all still make jokes about him being their brother-in-law someday.’

Read More: Rihanna’s Brothers Reportedly Hope They’ll Get Back Together – Here’s Why They Were Hanging Out In Barbados!

« Andy Cohen Hints Teddi Mellencamp And Kyle Richards Are Being Fired From The RHOBH? – Here’s Why Fans Are Convinced After Seeing This Pic!