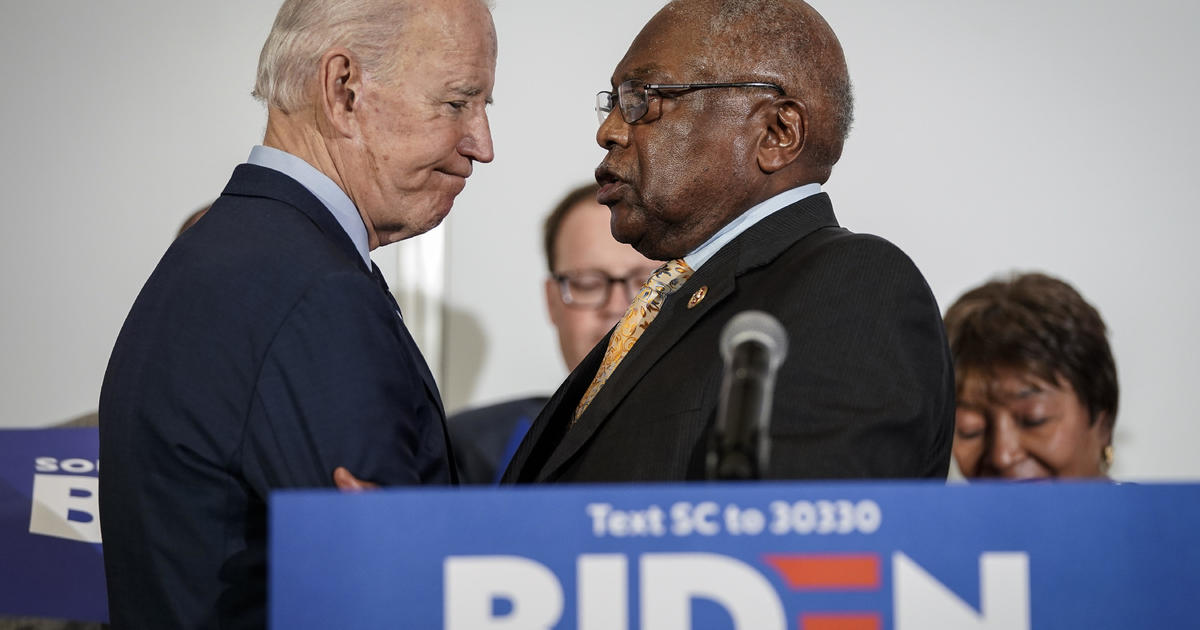 As House Majority Whip Rep. Jim Clyburn tells it, the choice was difficult up until the final days.

“I was part of the vetting. Then they were doing polling and I said to him, when all of that’s over, you let your head and your heart take a look and you go with that” Clyburn told CBSN anchor Anne-Marie Green. “I spoke to him the day before he reached his conclusion and he said to me at the time, ‘I am having a little war between my head and my heart. When that is reconciled, I will give you a call and let you know what my decision is.'”

Clyburn, a close ally of one of Biden’s VP candidates Rep. Karen Bass, said he supported all 12 women on the short list, including the four African-American women who were “seriously considered.”

He declined to tell Biden who he would have chosen, instead telling him what he thought “were the strengths of each one of them.”

“I told him I would not pick one over the other. That, he had to do,” he said.

Clyburn said the decision to choose Harris also partially came from listening to the African American community, despite Harris’ low polling numbers with Black Americans during her own 2020 bid.

However, Clyburn recounted speaking to voters in his native South Carolina, which he called Biden’s “second home,” who were decidedly for Biden but said “he should pick Harris for VP.”

“That was pretty widespread throughout South Carolina— I am talking about early on in the process, before she dropped out,” Clyburn said. “I think that’s why she didn’t click for number one, because people always saw her as number two, because the vast majority of African Americans in this country wanted to see Joe Biden as the nominee.”

He said Biden’s choosing Harris sent a message to African Americans, people of color, Asian Americans and women that they are “a mainstream in this country.”

“We are doing what is necessary for us to get beyond this whole notion that the Democratic Party takes Blacks for granted, the whole notion that Black women will not be appreciated, that immigrants ought to stay outside,” he said.

The country is at an “inflection point,” Clyburn said, and a Biden-Harris ticket is what it needs to steer it.

“We are at a position in this country that a lot of us thought we would never see. Black Lives Matter — that whole movement has taken hold in the country,” he said. “People are rallying to their call. And so I believe this campaign is doing the same thing.”

Read More: Rep. Clyburn reveals what Biden said to him before picking Harris