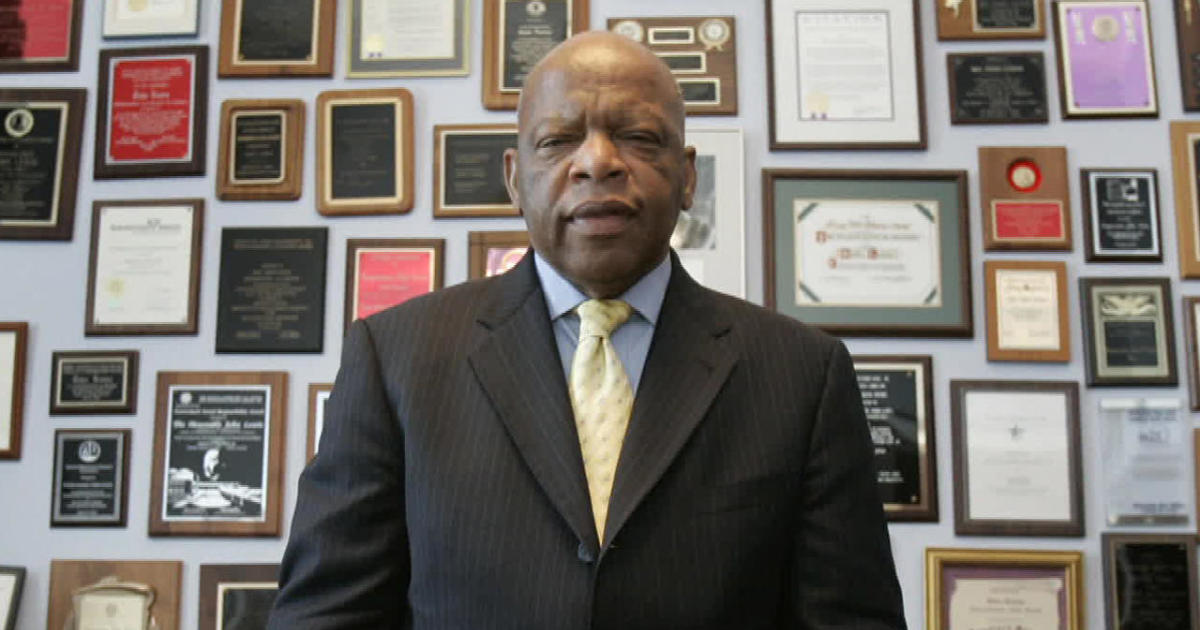 Remembering John Lewis, a tenacious fighter who got into “good trouble”

He was, until the end, an optimist. In 2015 on “Face the Nation” he said, “When people tell me, ‘Nothing has changed,’ I just feel like saying, ‘Come and walk in my shoes. I will show you.”

But the death of George Floyd was a deadly reminder that the work he dedicated his life to wasn’t over. In an interview with “CBS This Morning,” Lewis remarked, “I kept saying to myself, ‘How many more? How many more young black men will be murdered?'”

Just last month, the Georgia congressman appeared at the Black Lives Matter mural not far from the White House — and, in an interview with Gayle King, remained forever hopeful: “It’s another step down a very, very long road toward freedom, [and] justice, for all human kind.”

John Lewis participated in sit-ins to protest segregation, helped form the Student Nonviolent Coordinating Committee, led marches for voting rights, was director of the Voter Education Project, and was elected to Congress 17 times.

Throughout his life, there was a gentleness about him, peppered with tenacity. He was arrested dozens of times for acts of peaceful civil disobedience.

As he explained to Stephen Colbert on “The Late Show” in 2016, “I met Rosa Parks in 1957 when I was 17. 1958, I met Dr. King. And these two individuals inspired me to get in trouble. And I’ve been getting in ‘good trouble,’ necessary trouble ever since.”

In March of 1965, he led the march from Selma to Montgomery, Alabama, across the Edmund Pettus Bridge. He told reporters then, “We are marching to our State Capitol to dramatize to our nation and to the world our determination to win first-class citizenship.”

He almost paid for his convictions that day with his life, on what history will forever call “Bloody Sunday.”

“I was the first person to be hit,” he recalled, “and I still have the scar on my forehead. I thought I was going to die on this bridge.”

As he told John Dickerson on “Face the Nation” in 2016, “I really believe, if we get it right in America, maybe it can serve as a model for the rest of the world.”

Read More: Remembering John Lewis, a tenacious fighter who got into “good trouble”