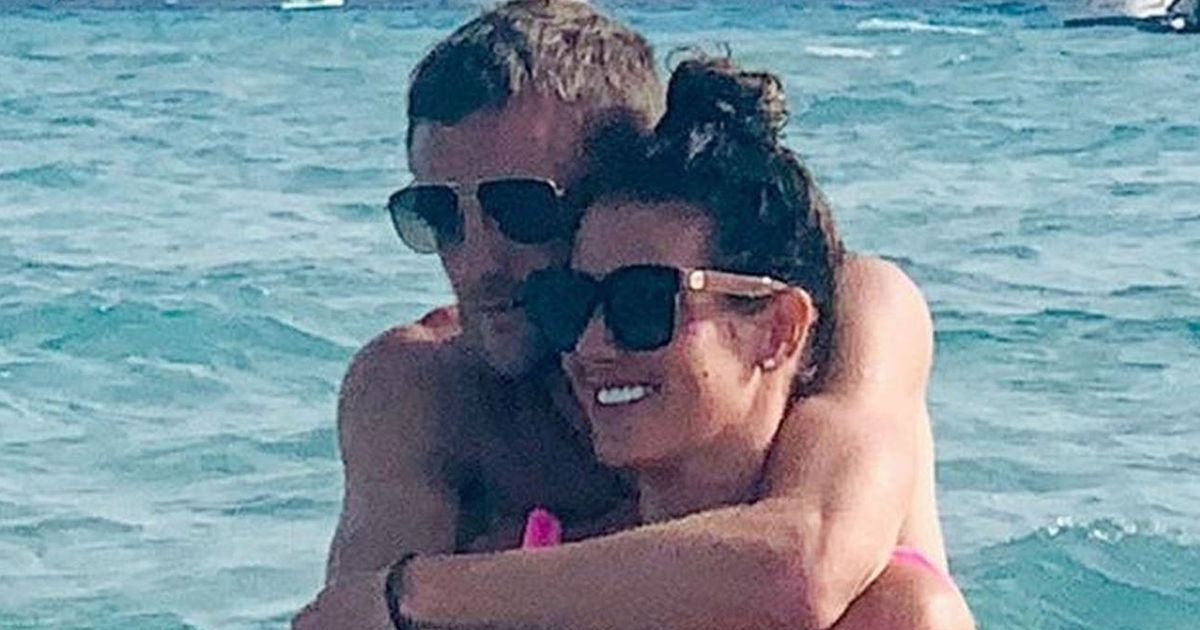 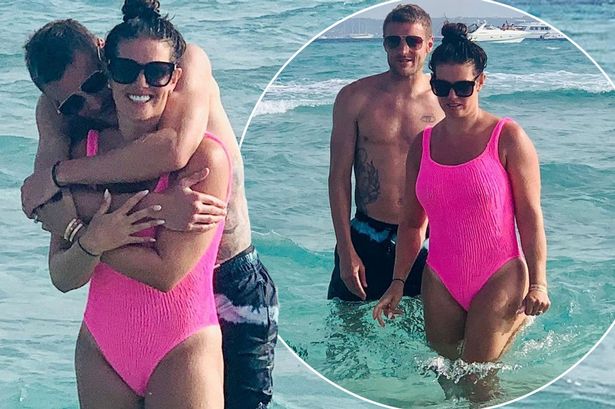 Rebekah Vardy looked like she didn’t have a care in the world as she cuddled up to her husband Jamie on holiday.

The couple, who have been married since 2016, couldn’t keep their hands off each other as they paddled in the sea while enjoying a break in Ibiza, Spain.

She will face a £1million court case with her former pal after Coleen accused her leaking stories about her after seeing them on her private Instagram account, which Rebekah strenuously denies.

But with all that looming over her, Rebekah, 38, still managed to find some time to relax on her holiday. 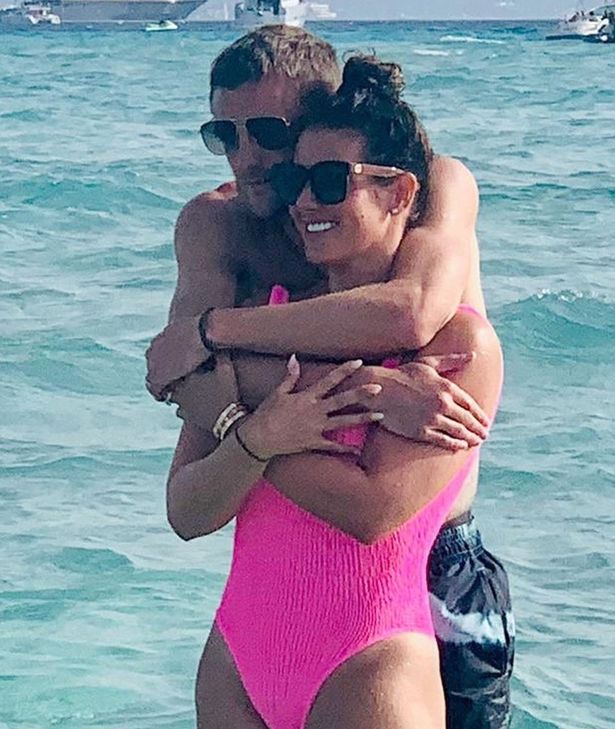 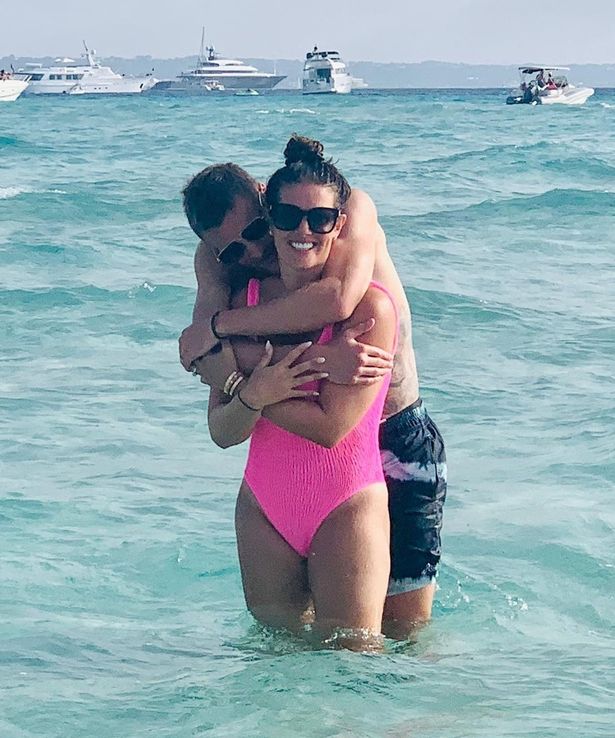 She looked glam in a bright pink swimsuit with a low back, with the colour showing off her tan perfectly.

The mum-of-five wore her brunette locks in a bun and donned a pair of huge sunglasses.

Jamie, who was wearing tie-dye blue swimming trunks, wrapped his arms around her as they watched their friends play in the sea. 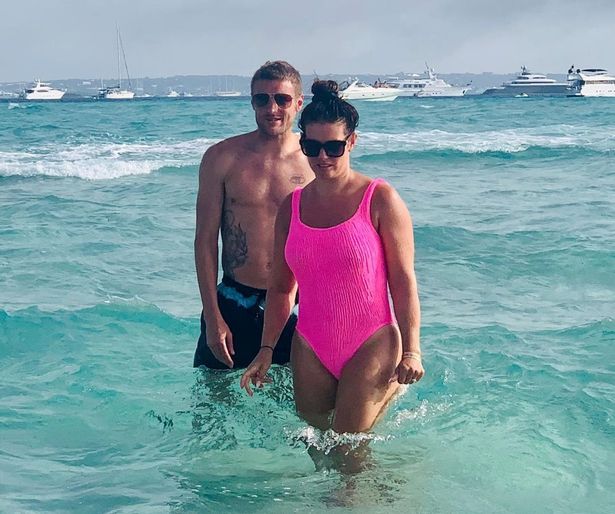 The pair then walked through the water with their arms around each other.

Rebekah was then swung around in the sea as Jamie grabbed her hands and a pal took hold of her ankles.

She had a huge grin of her face as they gang played in the surf. 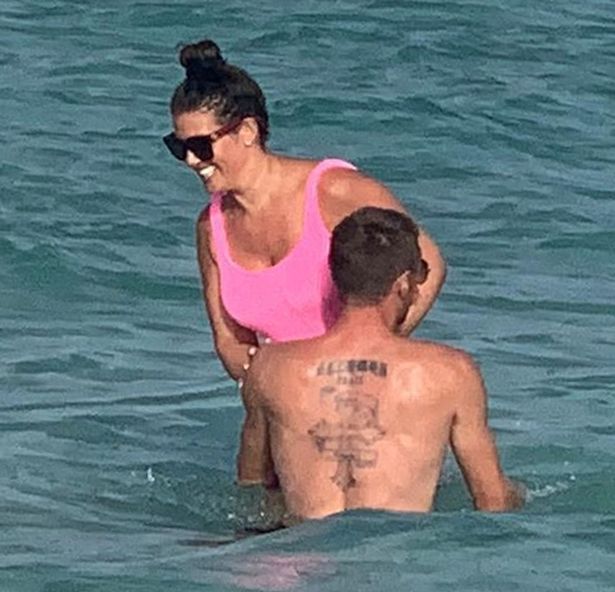 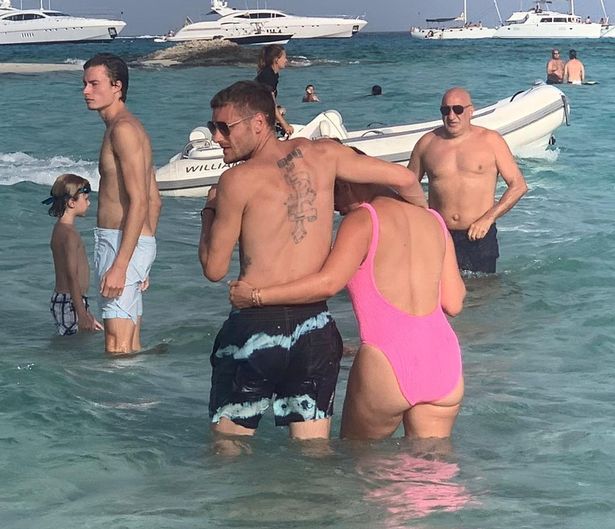 They were then seen jumping into a boat together as they jetted around the island.

Her much needed relaxation comes as she prepares to face Coleen in court.

Coleen has employed Johnny Depp’s lawyer for the case. 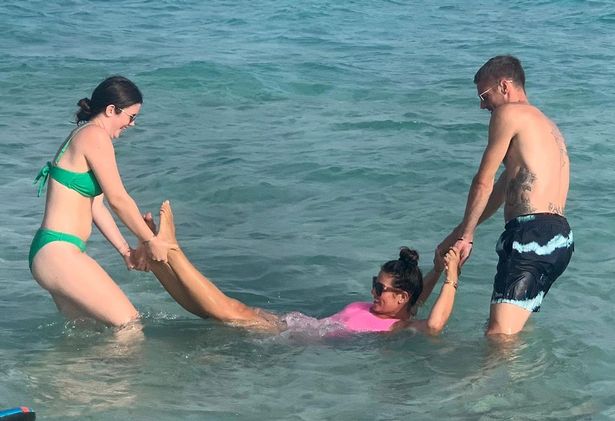 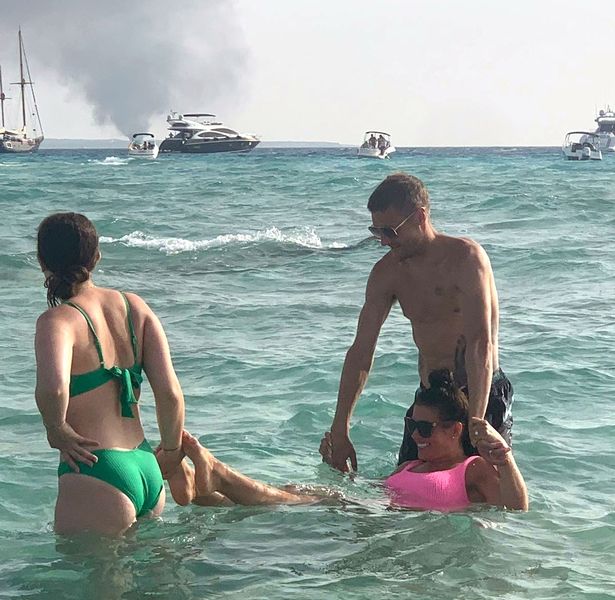 “If you thought the Depp trial was box office, don’t underestimate this forthcoming WAG war,” a source told The Mail On Sunday.

“It really is war now. Coleen will not back down, neither will Becky.” they added. “It will be sensational stuff.”

The drama began last October when Coleen accused the Instagram account belonging to Rebekah of leaking fake stories about her to the press. 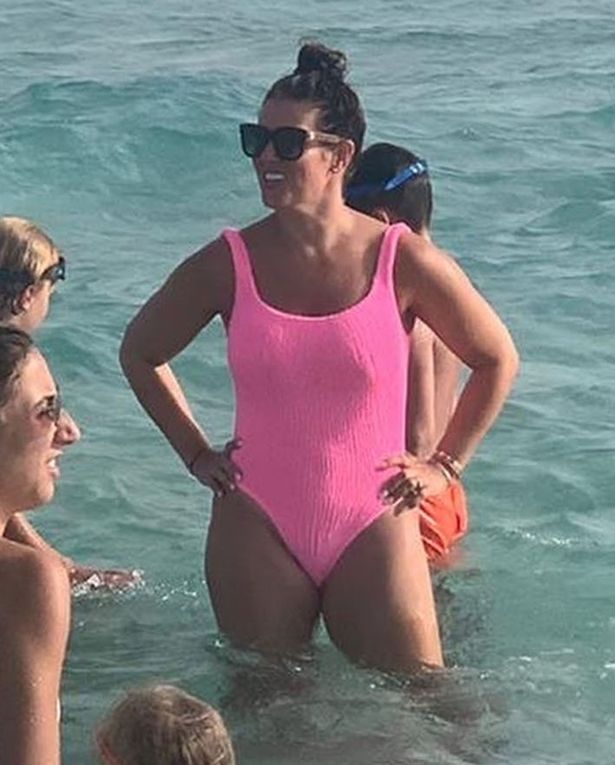 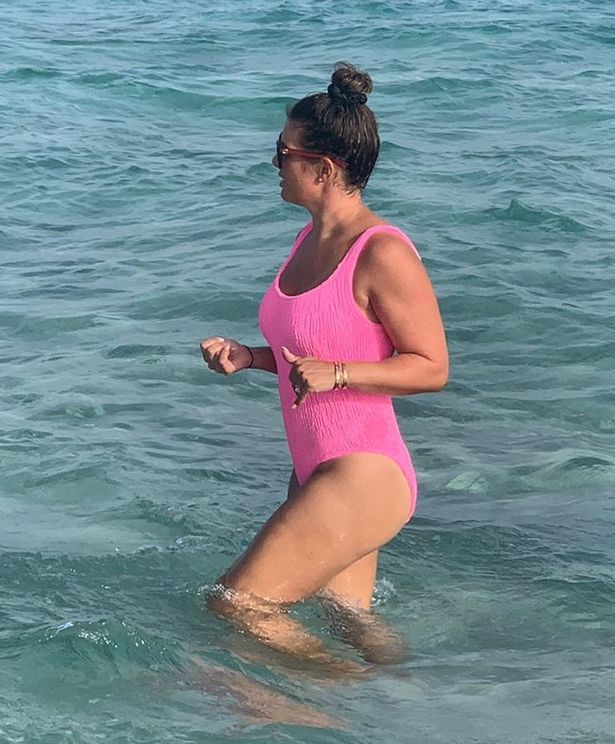 Coleen said she’d blocked every account except Rebekah’s from seeing her Stories before posting a series of fake news, which all made it into the papers.

Releasing a statement to Instagram, Coleen said: “I have saved and screenshotted all the original stories which clearly show just one person has viewed them.” 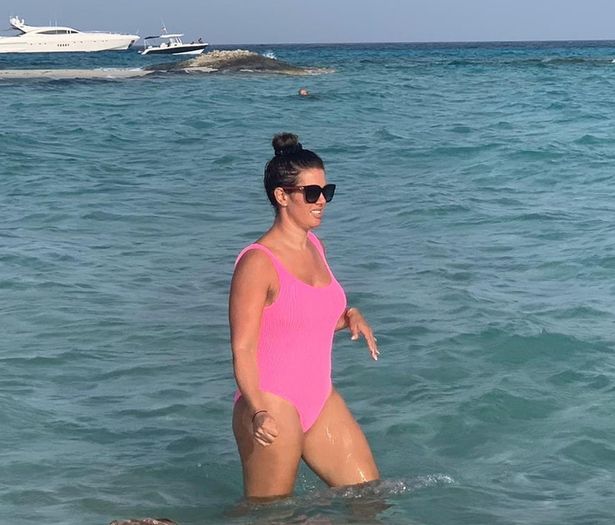 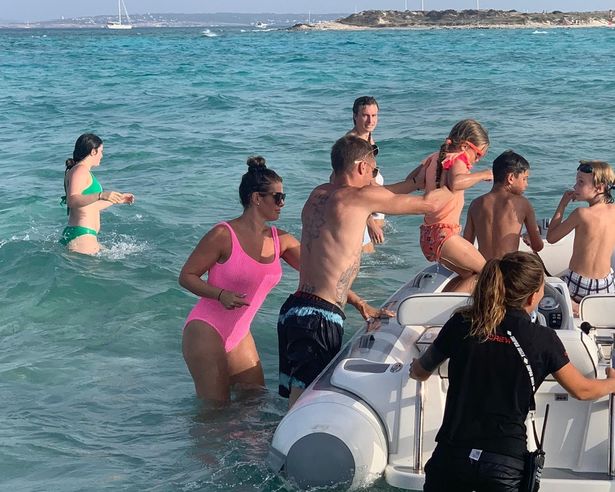 Rebekah, who was pregnant at the time, denied the allegations and suggested that the leaks were coming from someone else who had access to her account.

She said: “I’m not being funny but I don’t need the money, what would I gain from selling stories on you? I liked you a lot Coleen & I’m so upset that you have chosen to do this, especially when I’m heavily pregnant.