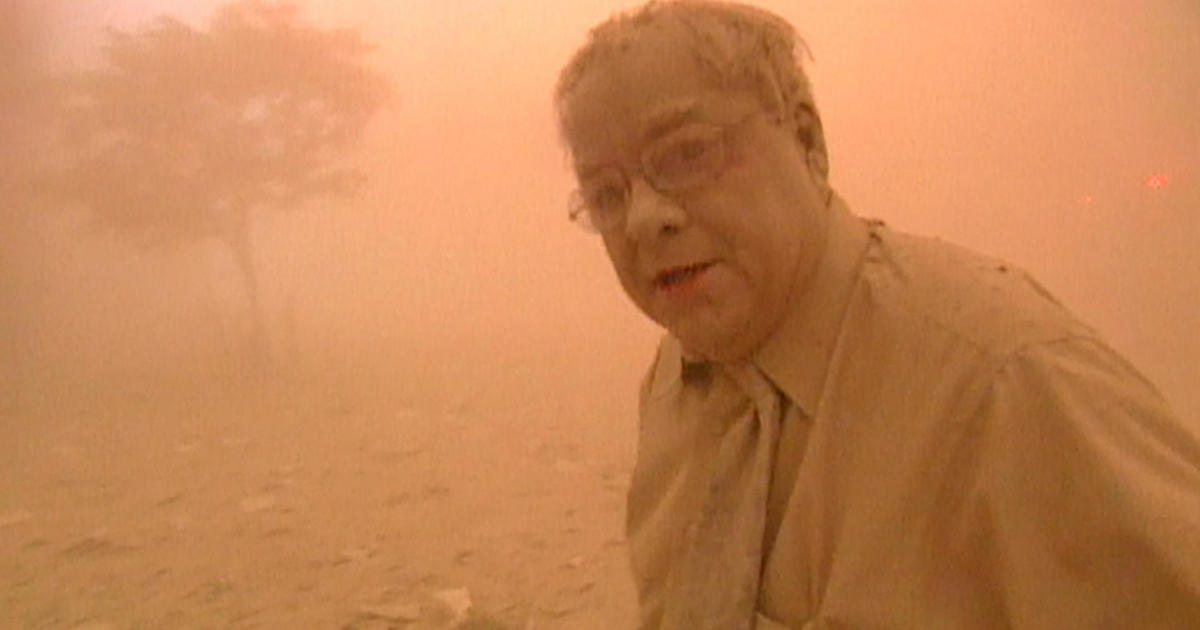 Rare video from ground zero on 9/11

On the morning of September 11, 2001, CBS News photojournalist Mark LaGanga’s cell phone and home landline rang simultaneously. An editor on the CBS News national desk was calling and directed LaGanga to drive to downtown Manhattan to shoot what, at that time, was thought to be a small plane crash at the World Trade Center.

Mark LaGanga after he shot his footage at ground zero on September 11, 2001

LaGanga, now a 60 Minutes cameraman, tried to make sense of the nightmare unfolding in front of him as he raced down Manhattan’s West Side Highway. Then he turned on his camera.

Nineteen years after the September 11th terrorist attack, the footage LaGanga captured provides a remarkable firsthand account of rescue workers at ground zero moments after the two planes hit. It also gives viewers a rare look at the 29 minutes of dust, confusion, and stillness in between the time the two World Trade Center towers collapsed.

“I saw the twin towers fall”

LaGanga arrived on the scene shortly after 10 a.m. He stood on his news truck to get a better angle of the smoke billowing out of the north tower, not realizing that the south tower behind it had already fallen.

“There was so much dust and the street signs were hard to see that it never really dawned on me that one tower already came down,” he tells 60 Minutes Overtime in the video above.

As LaGanga walked from the highway toward the base of the north tower, he interviewed passing firemen, asking the question on everyone’s mind: “What happened?”

On the street near the remaining tower, New York City looked unrecognizable, hazy and monochromatic. A thick layer of dust and soot caked every surface. LaGanga turned his camera upward to film the north tower, smoldering and stark against a bright blue sky.

Minutes later, it too would collapse. LaGanga’s camera kept rolling.

“It sounded like a jet flying over,” he says. “That’s why I panned up.”

As the building fell in on itself, people sprinted down the street, panicked. An ensuing wave of smoke and dust engulfed LaGanga’s lens, and the screen turned to black. Several minutes elapsed. Finally, he coughed.

“Boy, that was close,” a voice said in the dark.

LaGanga tells Overtime that he returned to film the rescue and recovery at ground zero for a week after the attack. Remarkably, he says he’s experienced no adverse health effects as a result of his time on the site.

Since then, LaGanga has continued working as a photojournalist, most recently for “60 Minutes.”

“At the end of the day, what we’re trying to do is capture real moments,” he says. “So you just kind of follow and try not to get in anyone’s way. But document real moments of what’s going on.”

The video above was edited by Will Croxton.