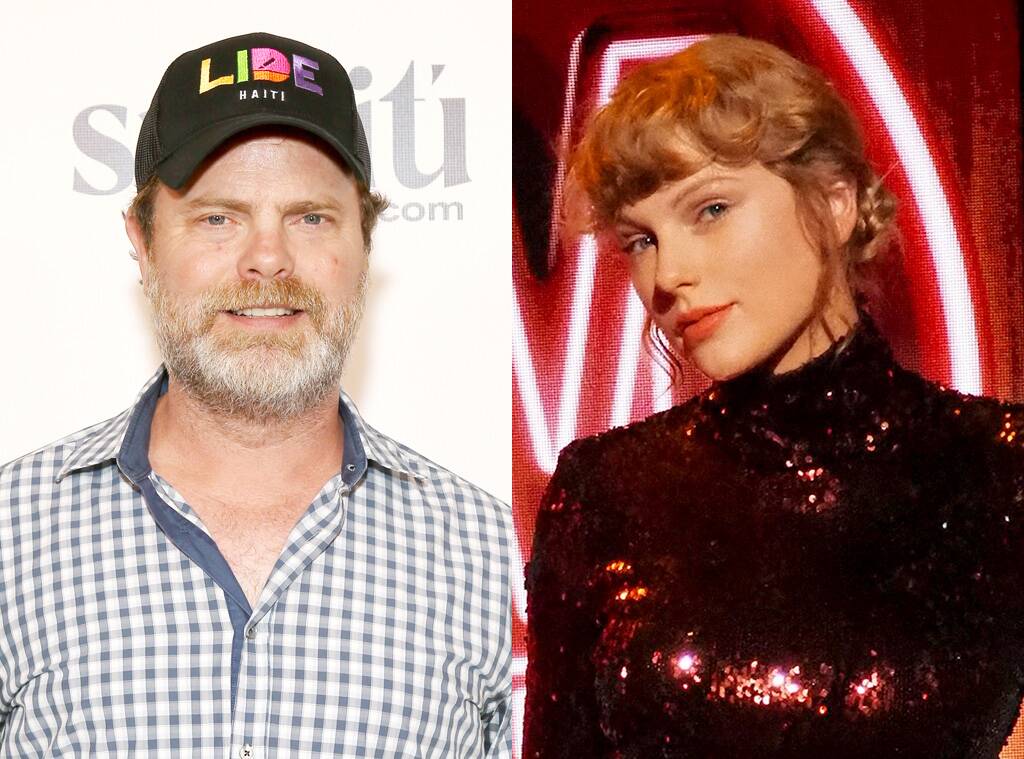 Rainn Wilson From ‘The Office’ Says He Doesn’t Know Who Taylor Swift Is In Hilarious Tweet And She Reacts!

Taylor Swift is a big fan of The Office but, as it turns out, the same cannot be said about one of the stars on the show – Rainn Wilson! Of course, the actor is not a hater or anything like that but he admitted he does not actually know who she is!

How is that possible? After all, Taylor Swift is a superstar and one of the most well known names in the world!

And yet, the actor who portrays Dwight somehow doesn’t known who she is!?

This piece of news got so much attention that it even reached Taylor herself, who reacted!

It all started with the singer responding to a good review of her new album, Evermore, with a gif of Dwight saying ‘thank you’ while tearing up.

The funny actor saw the post and retweeted it, writing alongside it: ‘I do not know who this is. Inventor of the Swiffer?’

As it turns out, it was just a joke – of course Rainn knows who Taylor Swift is!

Not to mention that she is already quite linked to the show since she did a parody of The Office back in 2011, with a behind the scenes clip for her ‘Ours’ song.

With that alone, she should have gotten Dwight’s attention!

Taylor was quick to respond to Rainn’s tweet with another gif from the famous show, this time around showing John Krasinski’s Office character, Jim, saying, ‘Touché.’

The main point of this is that the actor and comedian just likes to play jokes on fellow celebs and this is not even the first time he does it.

Back in October, he also hilariously dragged Steve Carell by poking fun at his age on Hey There, Human.

He told him on IG that ‘I was mocking you. I said you don’t have an Instagram because you’re so old, even though essentially you’re three years older than me.’

Read More: Rainn Wilson From ‘The Office’ Says He Doesn’t Know Who Taylor Swift Is In Hilarious Tweet And She Reacts!

Sharon Osbourne positive for coronavirus and isolating from Ozzy during recovery »