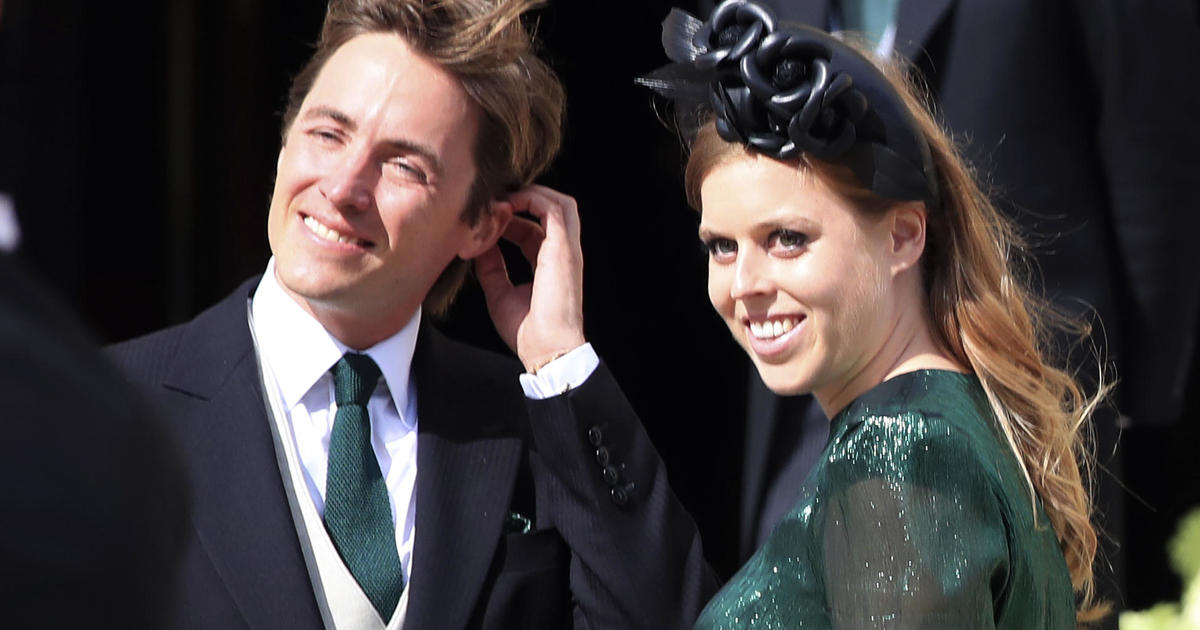 Princess Beatrice ties the knot in private ceremony at Windsor

Britain’s Princess Beatrice tied the knot with Edoardo Mapelli Mozzi in a private ceremony at Windsor Castle on Friday.

The couple got married at The Royal Chapel of All Saints at Royal Lodge on the Windsor grounds in a small ceremony “attended by The Queen, The Duke of Edinburgh and close family,” according to a statement released by the palace.

Queen Elizabeth II, 94, and her husband Prince Philip, the Duke of Edinburgh, 99, have been self-isolating at Windsor Castle since March.

The bride wore a vintage dress by the late British designer Norman Hartnell, paired with the Queen Mary diamond fringe tiara. Both belonged to her grandmother, Queen Elizabeth II, and the tiara was the queen’s chosen headpiece on her wedding day in 1947, according to the palace.

Her Royal Highness Princess Beatrice of York and Mr. Mapelli Mozzi have been touched by the warm wishes they have received since their wedding, and are delighted to share two additional photographs of their happy day. #RoyalWedding pic.twitter.com/3OKPHdWrH2

In a heartwarming message, Princess Eugenie said she was so proud of her “beautiful big sister.”

“I’m so excited to support you in the next chapter of your life. We are going to have so much fun together,” she added.

Couldn't Bea happier (get it) 🐝… ⁣ ⁣ What a complete joy and privilege to watch you, my beautiful big sister, walk down the aisle to dear Edo. I am so proud of you and I'm so excited to support you in the next chapter of your life. We are going to have so much fun together. ⁣ ⁣ Happy wedding day to you both xxxx

Princess Beatrice, the daughter of Prince Andrew and Sarah, the Duchess of York, was originally set to get married in May in London, but she and her fiancé were forced to postpone their nuptials due to the coronavirus pandemic.

Ongoing lockdown restrictions in the United Kingdom currently limit weddings and civil partnership ceremonies to 30 guests. According to the palace, “the wedding took place in accordance with all relevant government guidelines.”

The couple got engaged in September 2019, when 35-year-old Mapelli Mozzi proposed to the 31-year-old princess during a weekend getaway in Italy.

You will never be alone my love, my heart is your home. Hand in hand, today, tomorrow and forever. 💍 Photo Credit @misanharriman 🙏🏻

The Queen’s granddaughter is ninth in the line to the British throne. Mapelli Mozzi is a businessman and has a 2-year-old son named Wolfie, according to BBC News.