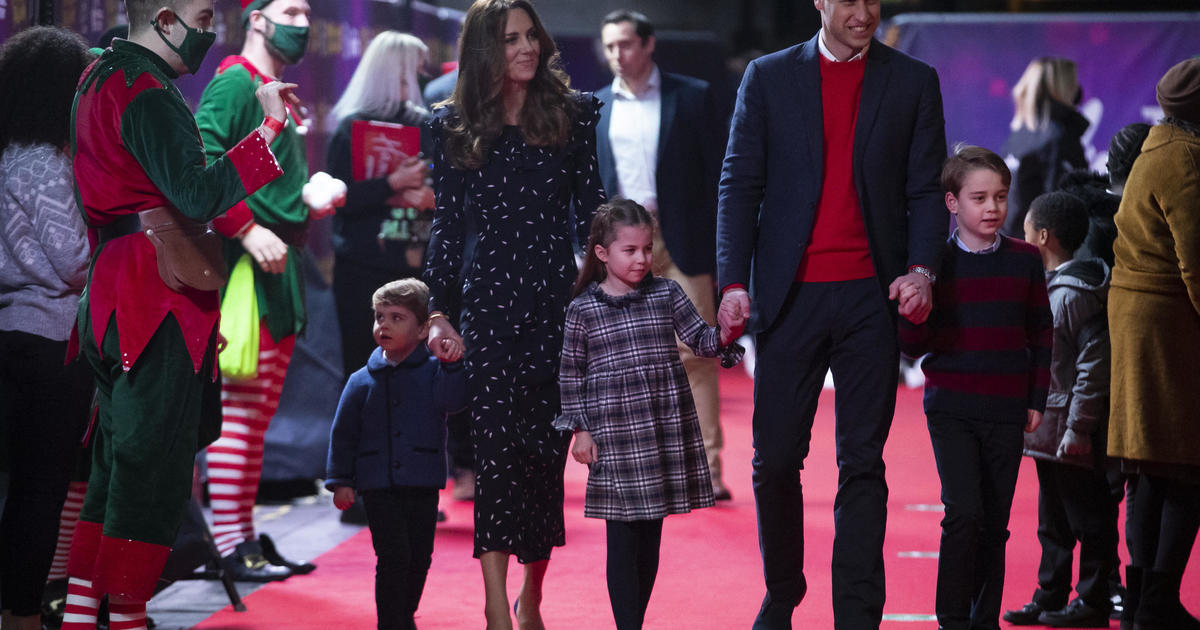 Prince William and Catherine’s three children made their red carpet debut Friday for a Christmas show in London. According to Kensington Palace, the performance of The National Lottery’s Pantoland at The Palladium was held to honor pandemic workers.

It was the first time all three children — Prince George, 7, Princess Charlotte, 5, and Prince Louis, 2 — have appeared together at a public event. William and Catherine put on masks once inside the theater, according to Entertainment Tonight.

William addressed the audience before the show began, saying, “you have given your absolute all this year, and made remarkable sacrifices,” according to the Associated Press.

Kensington Palace said William and Catherine during intermission addressed a “small number of key worker families to hear more about their experiences over the past year.”

Prince William, Duke of Cambridge and Catherine, Duchess of Cambridge with their children, Prince Louis, Princess Charlotte and Prince George, attend a special pantomime performance at London’s Palladium Theatre, hosted by The National Lottery, to thank key workers and their families for their efforts throughout the pandemic on December 11, 2020 in London, England.

William said it was “wonderful to be back here in the West End and see theatres reopening their doors,” according to a tweet from Kensington Palace.

The United Kingdom became the first country in the world to approve a COVID-19 vaccine, and began administering it earlier this week. A 90-year-old grandmother, Margaret Keenan, received the first dose of the vaccine at 6:31 a.m. on Tuesday at University Hospital Coventry.

William and Catherine embarked on a 1,250-mile journey aboard the royal train earlier this week to thank frontline workers. They made stops in England, Scotland and Wales.

The tour concluded Tuesday with a stop at Windsor Castle, where the Duke and Duchess had a socially distant visit with Queen Elizabeth, along with three of her children, Princess Charles, Princess Anne and Prince Edward. Charles’ wife, Camilla, Duchess of Cornwall, and Edward’s wife, Sophie, Countess of Wessex, were also present.

Prince Andrew, who has stepped down from royal duties amid his ties to convicted sex offender Jeffrey Epstein, was not there. Neither was William’s brother, Prince Harry, or Harry’s wife, Meghan, who have moved to California and stepped away from royal duties.

Queen Elizabeth canceled the family’s traditional Christmas celebration at her estate in Sandringham this year, and will instead spend the holiday with Prince Philip in Windsor, where they have been isolating.

The British government has announced that U.K. virus protections will be eased from December 23-27, with up to three households being allowed to stay together and form a bubble.

Crushed by student loan debt? You may have a bankruptcy option »