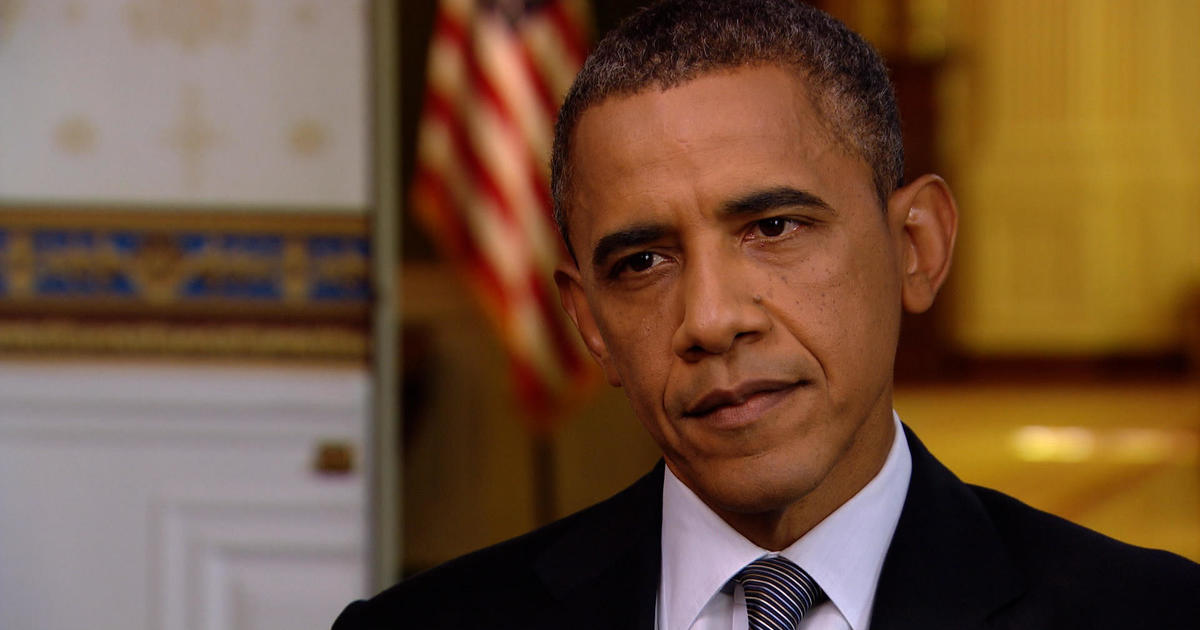 As 60 Minutes interviews the two major-party candidates for the 2012 presidential election, correspondent Steve Kroft speaks with Democratic nominee and incumbent President Barack Obama about a series of wide-ranging topics in the video above. From health care, the economy and private enterprise, to national security and the challenges of running for re-election.

In an interview that Steve Kroft “never expected to be doing,” the 60 Minutes correspondent sits down with then-President Obama and Secretary of State Hillary Clinton to discuss their long-standing relationship, which started from a bitter rivalry during the 2008 Democratic primaries. The pair discuss their foreign policy achievements and challenges, and what it means for the U.S. to be a key player on the global stage.

In the Diplomatic Reception Room of the White House in September of 2014, President Barack Obama joins 60 Minutes once again and updates the American public on his presidency. The president discusses global issues such as the threat of ISIS, the state of U.S.-Russia relations, and the economy, before talking about the importance of the upcoming midterm elections.

2015: President Obama on international and do…

In this double-length segment, 60 Minutes correspondent Steve Kroft speaks with President Obama in the Roosevelt Room of the White House and first, discusses international issues such as Russia’s military mission in Syria, terrorist organizations in the Middle East and al Qaeda. The interview later transitions into national politics and the presidential primaries; President Obama touches on Donald Trump, Hillary Clinton and her use of a private email server, and his thoughts heading into his final year in office.

2012: President Obama on his re-election campaign »