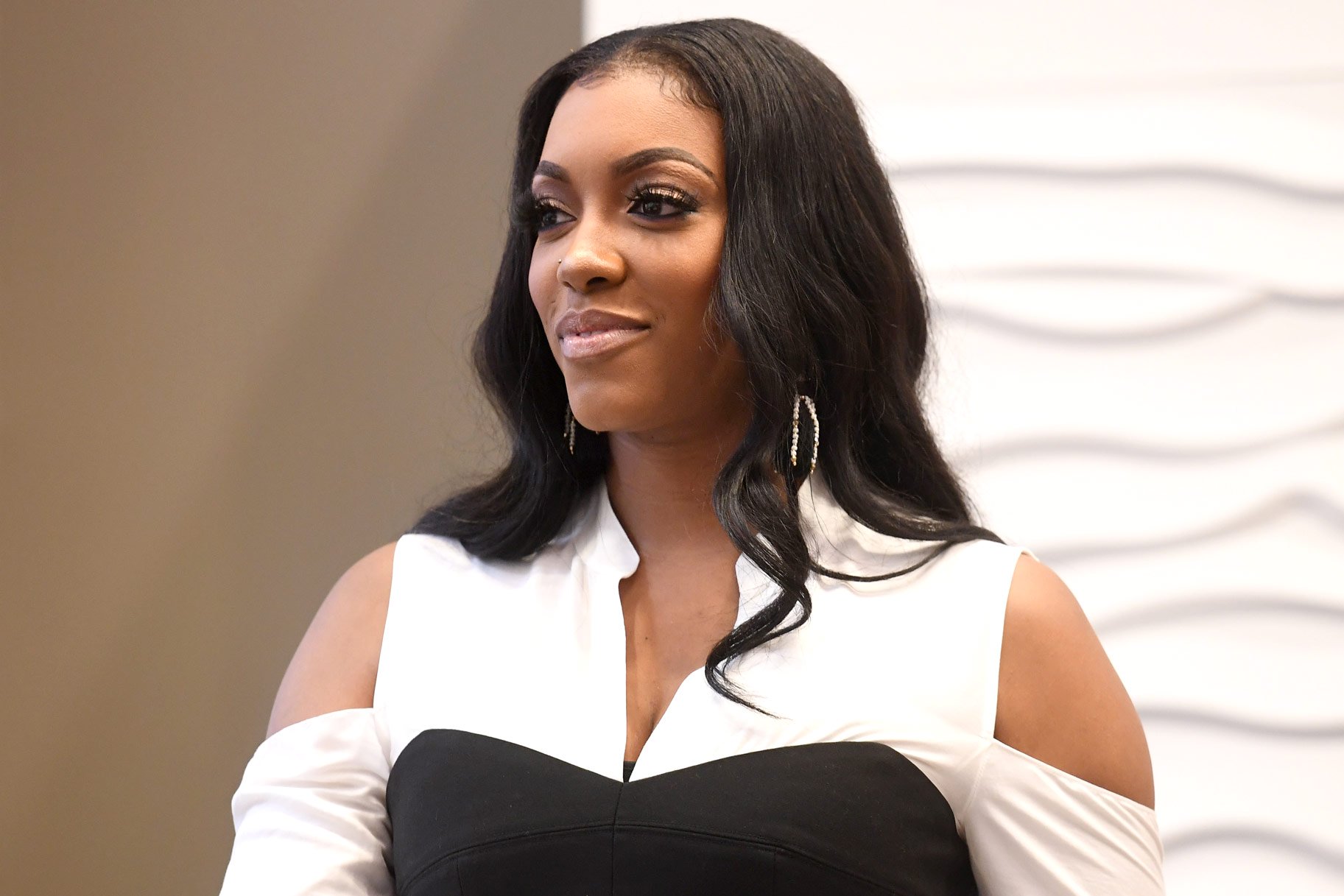 Porsha Williams was using the activism gene that runs through her bloodline when she was arrested for protesting the murder of Breonna Taylor by three officers who still walk free. The Real Housewives of Atlanta star opened up about why she did what she did and meeting the murdered EMT’s mother.

Until Freedom staged a protest at the house of the Kentucky Attorney General who is handling the investigation of Breonna’s murder. Porsha, along with 86 other people, was arrested and released hours later.

They were threatened with a felony charge of intimidating a participant in the legal process which carried a possible sentence of one to five years but has since been dropped.

Not long after her arrest, Porsha appeared on The Beat With Ari where she spoke about many topics — starting with why she made the trip in the first place.

‘I can’t just sit at home, post on Instagram, etc, and feel like I’m doing something to help this push forward. This entire situation needs to be escalated to the next level and for me whatever it takes to make that happen, I will happily be a part of that. I happily sacrifice myself and my freedom in that moment to raise awareness for Breonna Taylor.’

She went on to pull the cover back on how the investigation was going. She said that they are investigating internally and all of the people involved are friendly with each other.

Williams explained that they’re dealing with the ‘Good ole Boys’ club where they look out for one another and even put words in each other’s mouths while asking questions to get them to say things that will not get them implicated in the murder.

As far as meeting Breonna’s mother, she explained that the grieving mom waited until many of the protesters were free.

📝 It was my pleasure! I love you and as always praying for you Ms.Tamika Palmer (Mother of #BreonnaTaylor ) Ps: Thank you for waiting on us to get out! It was heart warming exiting and seeing your family🙏🏾 @untilfreedom it was an honor @tamikadmallory

‘You know Breonna Taylor’s mother is a very strong spirit. I was only able to meet her briefly. She actually sat outside of the jail and waited on all of Until Freedom, the organization I was with, until we got out. And when we got out and I gave her a hug, I can feel her strength. I can feel her being thankful that we were out there trying to give her daughter a voice, making sure her case gets the justice, making sure these cops are being arrested for the murder. She’s a very strong person and I admire her.’

She says that she hopes that she could have more conversations with her and even suggested that this case be taken to the supreme court.