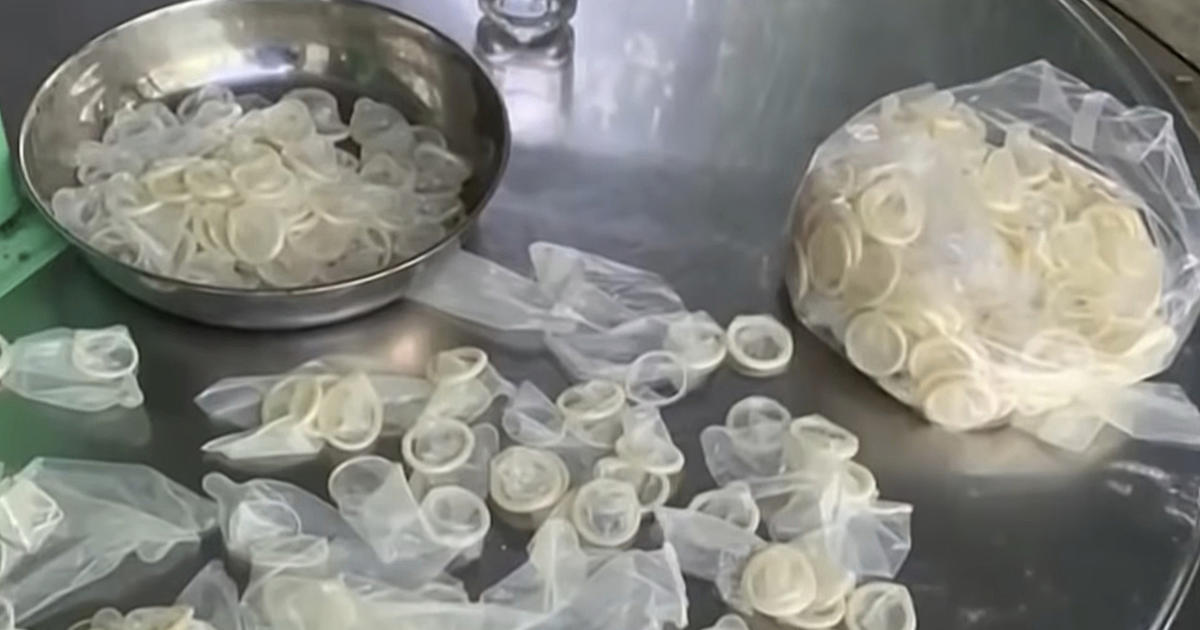 Some GOP lawmakers dismiss Trump’s comments on transfer of power

Does focus on statues and mascots distract from true racial justice?

Trump says he may not OK stricter vaccine approval standards

Police raid in Vietnam finds more than 300,000 used condoms being packed for resale

Police in Vietnam said they found about 320,000 recycled used condoms that were being repackaged as new, local media reported on Thursday, according to the Associated Press.

Market inspectors in the Binh Duong province raided a factory near Ho Chi Minh City, where they discovered used condoms being repackaged to be sold at the market. An inspector said the factory’s 34-year-old owner, a woman, confessed they purchased the condoms from someone else, the state-owned Tuoi Tre newspaper reported, according to the AP.

In this image from a video report by VTV, allegedly used condoms are being are being packed for sale in Binh Duong province, Vietnam on September 10, 2020.

After buying the condoms from a man, they were washed and reshaped, then packed in plastic bags, according to the newspaper.

Video taken by Vietnam’s state broadcaster VTV and obtained by the Reuters news agency shows sacks filled with condoms. It also shows tools apparently used to wash and reshape the condoms in the factory.

VTV said it was unclear how many used condoms were already resold, according to Reuters.

A health official quoted by Tuoi Tre newspaper said the condoms were an extreme health risk to users, the AP reported.