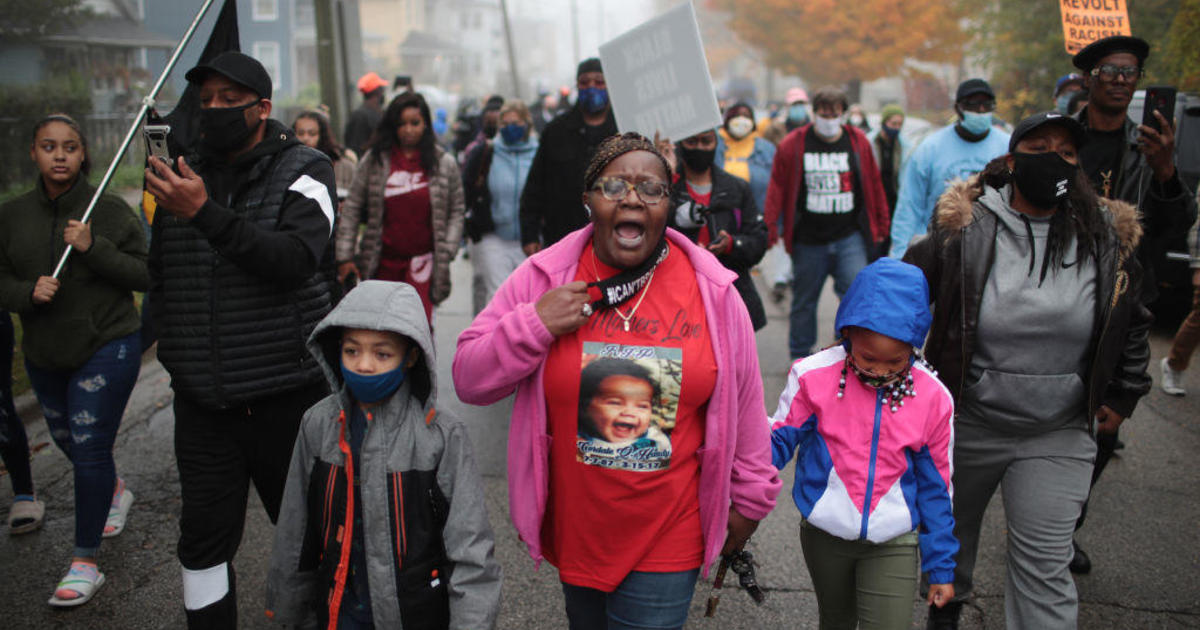 U.S. records most new coronavirus infections in a single-day

Trump to vote in Florida on Saturday before holding three rallies

Democrats’ Senate hopefuls are raising serious cash and spending it

Battleground Tracker: Biden leads in Wisconsin, has edge in Arizona

An Illinois police officer who fatally shot a Black teenager and wounded a Black woman has been fired for “multiple policy and procedure violations,” the police chief announced late Friday. Waukegan Police Chief Wayne Walles did not identify the officer or explain what procedures he violated.

The shooting occurred late Tuesday night after an officer was “investigating an occupied vehicle” and the suspects fled the scene, police said. After a second officer spotted and approached the vehicle, the car began moving in reverse towards him, police said, adding that the officer then opened fire with his semi-automatic pistol.

The passenger, 19-year-old Marcellis Stinnette, was hit by the gunfire and later died of his wounds at a local hospital. The driver, later identified as Tafara Williams, Stinnette’s girlfriend, was hospitalized with serious injuries. Walles said Friday that she is continuing to receive treatment.

Police said previously that the officer who killed the teen is a Hispanic man who has been on the force for five years. He was initially placed on administrative leave. Police said the officer who made the initial traffic stop is White.

Earlier Friday, the FBI agreed to join Illinois State Police in investigating the shooting, according to Lake County State’s Attorney Michael Nerheim. The state’s attorney said he previously called the Justice Department and requested a review of the case.

“I am confident in the work being done by the Illinois State Police and welcome the assistance of the FBI. As I have said before, once the investigation is concluded, all the evidence will be reviewed and a final decision will be made with respect to any potential charges,” Nerheim said in a statement.

Benjamin Crump, a prominent civil rights attorney, will represent Williams and her family. In a statement Friday, Crump said his legal team would be conducting its own investigation because it does not trust the police narrative in the case. “We have seen over and over that the ‘official’ report when police kill Black people is far too often missing or misrepresenting details,” he said.

Protesters took to the streets in Waukegan on Thursday, calling on the Department of Justice to take over the investigation and demanding that police release body camera footage of the incident.

Stinette’s grandmother decried her grandson’s death. “They were human beings. They deserved to live — 19 years old,” Sherrellis Stinnette told CBS Chicago. “He left a baby behind; left five sisters and a mother and a father behind.”