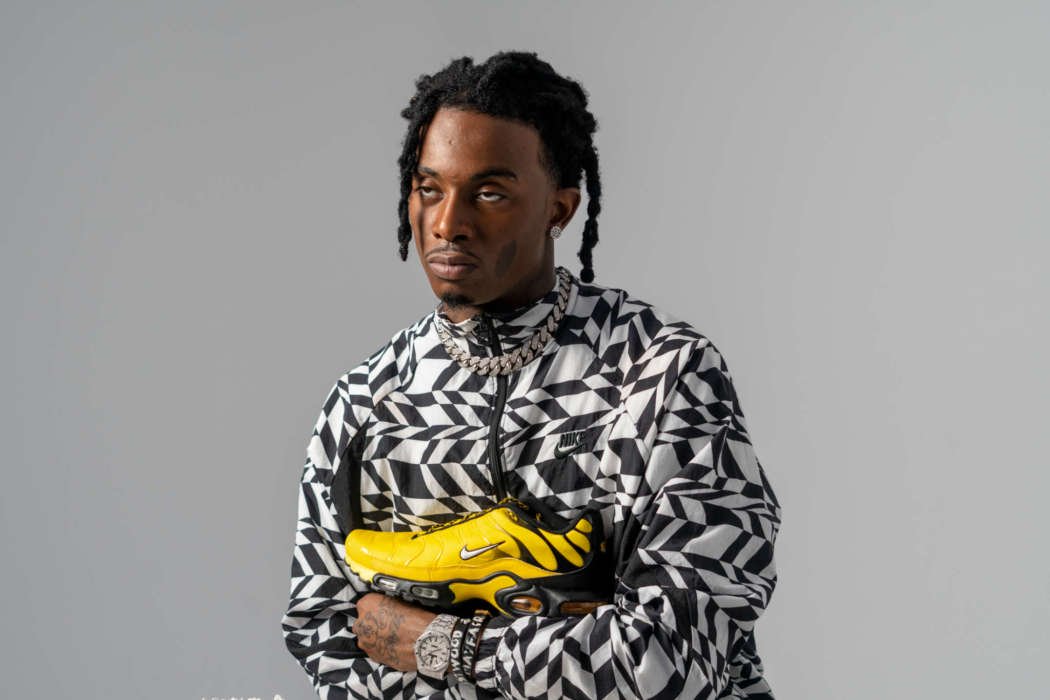 Reportedly, Carti was at a football practice session featuring Cam Newton, Odell Beckham Junior, and a number of other players. One photo that has made its way around social media features all of the men messing around with each other following the workout.

Even though the central focus of the picture is Cam throwing the ball to Beckham Junior, people were more worried about the outfit Playboi Carti wore to practice. Reportedly, the 23-year-old father-of-one wore a velvet crop top with a black beanie and black sunglasses.

According to Hot New Hip Hop, social media users have been taking particular pleasure in Cam Newton’s facial expression. His expression purportedly communicates his total confusion as to what the rapper chose to wear to practice.

Look at what carti wore to his football workout with odell and cam 😭😭😭😭😭 pic.twitter.com/PfUTcIZHmx

It’s possible Playboi Carti is just celebrating his life following the good news he and Iggy Azalea recently shared with the world. As it was previously reported, he and his fellow rapper had a baby together.

There were many rumors before it was finally revealed, with fans wondering if she was really pregnant. As it turned out, she really was expecting a child. They gave birth to a baby boy near the start of the year.

Fans of the couple know Iggy Azalea had been trying to hide the news for months. However, following the child’s birth, the Australian performing artist took to her account to express her joy at becoming a mother.

On her Instagram Stories, Iggy claimed she was waiting for “the right time” to reveal the good news, but as the days passed, she realized it was only appropriate for her to share it and the anxiety was going to build regardless of timing anyway.

The rapper said she didn’t want to keep it private anymore; she “loves him beyond words.”