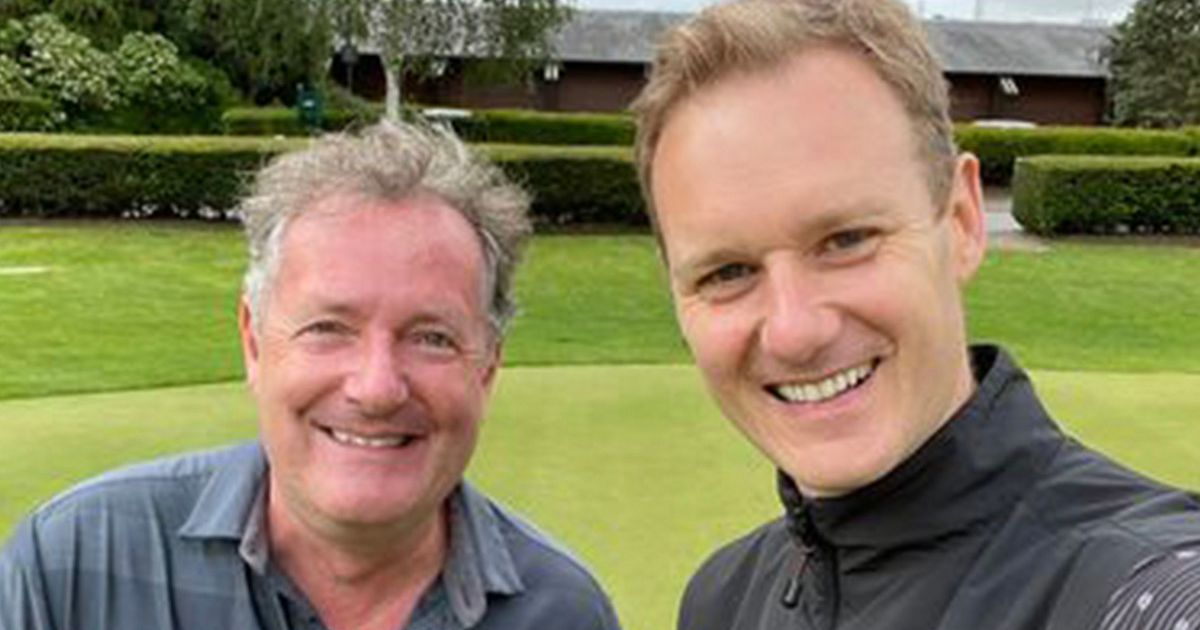 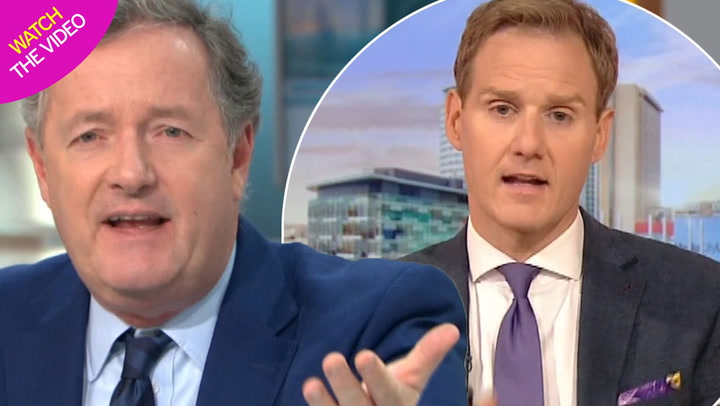 Piers Morgan has reignited his war of words with rival Dan Walker after the Channel 5 news presenter shared a clip of his interview with RMT union boss Mick Lynch.

The former Good Morning Britain presenter, 57, spent time on Wednesday, in his own words, “winding everyone up” following his own discussion with the union leader.

Piers had challenged him over his lookalike profile picture in which he showcased himself as Thunderbirds baddie The Hood.

But Twitter users took offence and Piers was involved in several back-and-forths throughout the day.

It was then the turn of Dan, 45, to repost his own video of a discussion he had with Mick – and appeared to have a dig his old foe in doing so.

Alongside the video, the former BBC presenter wrote: “We live in the age of the jabby, confrontational interview & the RMTs, Mick Lynch, has had a few of them.

“If you treat people with respect, you can still ask tough questions & get decent answers allowing your audience to make their own minds up.”

He went on to explain how he chose to repose the interview as “someone messaged me and said ‘why are all you journos always out for a fight with every guest?'”

That comment led to a reaction from Piers, who now presents his own show on TalkTV.

He quoted tweeted the post and wrote: “Is there anyone more deluded in world television than Desperate Dan.. the world’s most boring interviewer.”

Not one to back down, Dan almost immediately responded with laughing emoji faces and said: “Why is it ‘boring’ to let someone actually speak rather than shouting over them all the time?”

And Piers continued in his efforts to goad his rival, replying: “Mate, I had to leave GMB for being too exciting/dangerous.

“You had to leave the BBC because even by their standards you’re a mood-hoovering dullard. But your pompous lectures on how to do interviews are bloody funny, I’ll give you that.”

As followers of both journalists continued to pile in to the argument to give their own opinion, Dan wasn’t prepared to let it go just yet.

Dan and Piers were comparing their interviews with Mick Lynch

Alongside a gif of Piers storming off the Good Morning Britain set, he shot back: “You left GMB because one of your colleagues called you out.

Your ‘exciting/dangerous’ response to that was [fingers pointing down to Piers walking off set]. Next time I promise to spend at least 5 minutes on Thunderbirds.”

Fans of Dan seemed to appreciate his fighting back comments and quote tweeted his response saying he had “defeated” Piers on this occasion.

However, Piers wasn’t done just yet and continued to share his impressive viewing figures with his followers, showcasing how his own interview with Mick had reached over two million views so far.