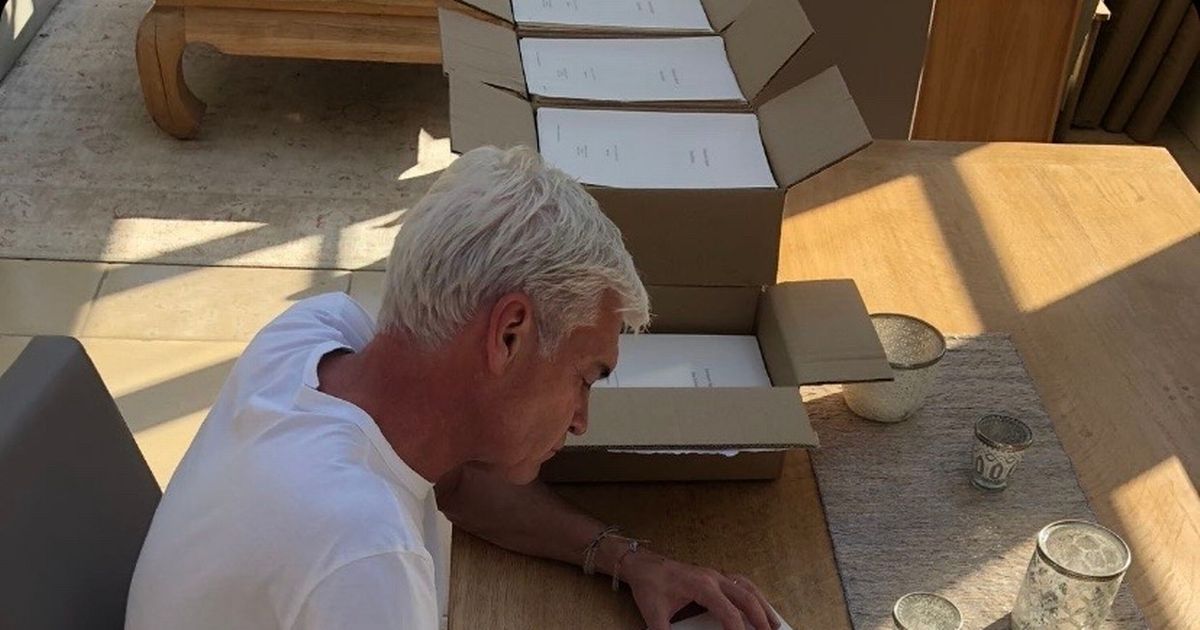 Phillip Schofield has teased fans by giving them a glimpse of his autobiography on social media.

The This Morning host, 58, is soon releasing his memoir named Life’s What You Make It – which he penned the first line for when he was only 14.

And the ITV favourite shared on his Snapchat and Instagram account on Tuesday images of the first edition of the tell-all – that will no doubt delve into his 27-year marriage with wife Stephanie Lowe, as well as his decision to reveal live on This Morning in February that he is gay – as he informed fans that they can snap up signed copies. 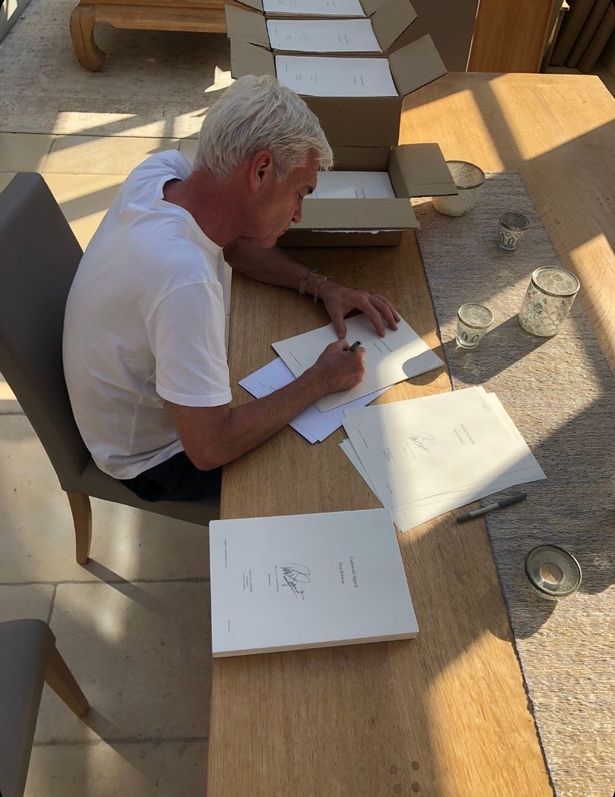 In a number of short clips, the silver fox could be seen admiring boxes of printed paper that he told were to be inserted into the books.

Phil shared: “I have just had a delivery of three and a half boxes of these – which will be inserted into my book – so you get a signed copy! 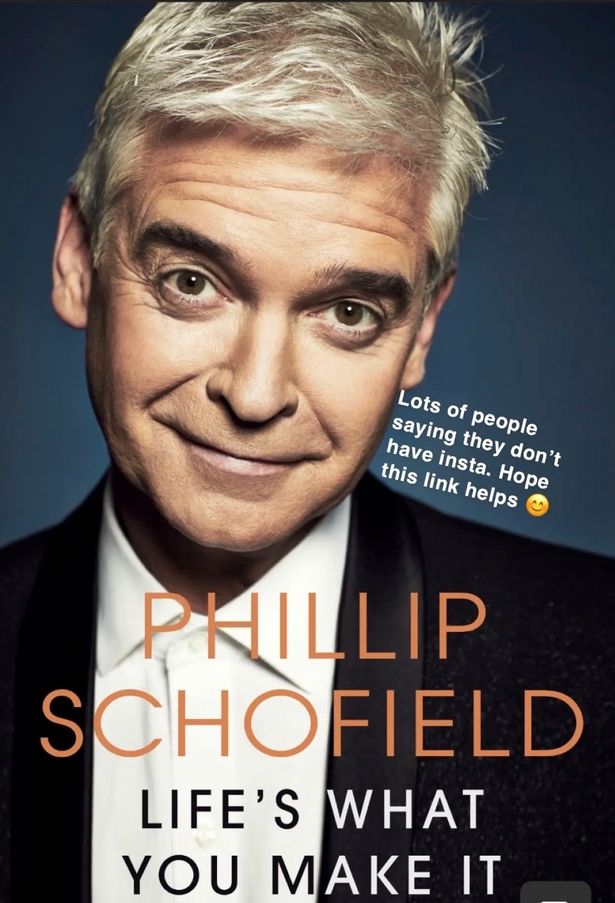 He then was filmed writing a special message to the person who will be receive the first signed book.

In another clip, Phil told that he was up late working away.

Appearing sleepy, he said to the camera: “Ten to one and still going strong, already used the ink in one pen and I think I am already past the 8,000 mark!” 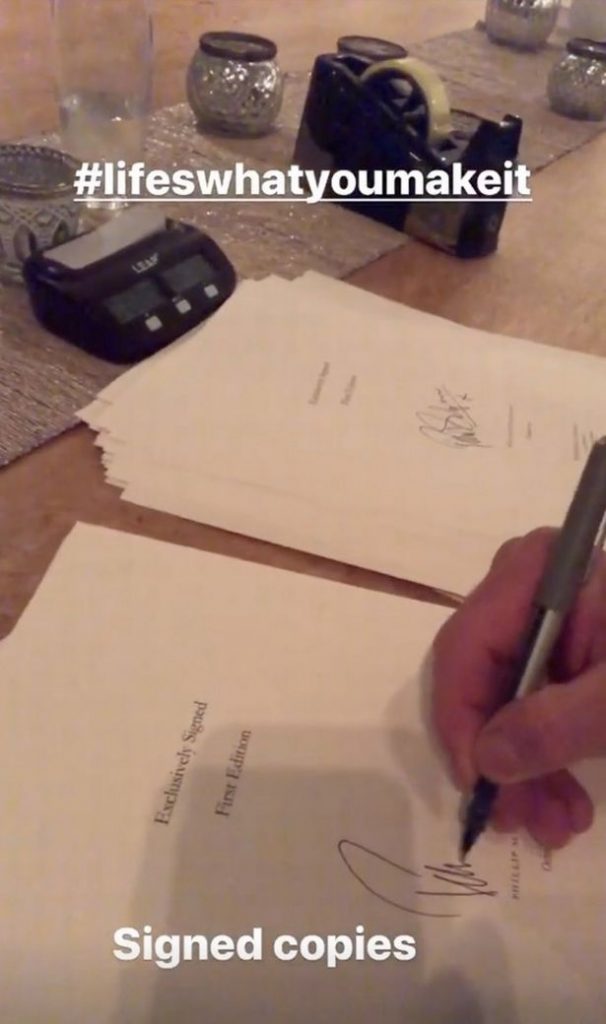 At the start of July, the TV presenter excited fans by sharing that he had written a book.

Announcing the news, he took to Instagram and wrote: “Life’s What You Make It.

“After being asked many times, and after many years of wanting to, I have written my autobiography. I wrote the first line of the book, in my head, when I was about 14.

“It took me until 2017 for me to finally write the first chapter and then I stopped because the time wasn’t right. It has certainly been something of a work in progress!

“Over the years I have been making notes of the stories and events of my life that I thought would tell my story. 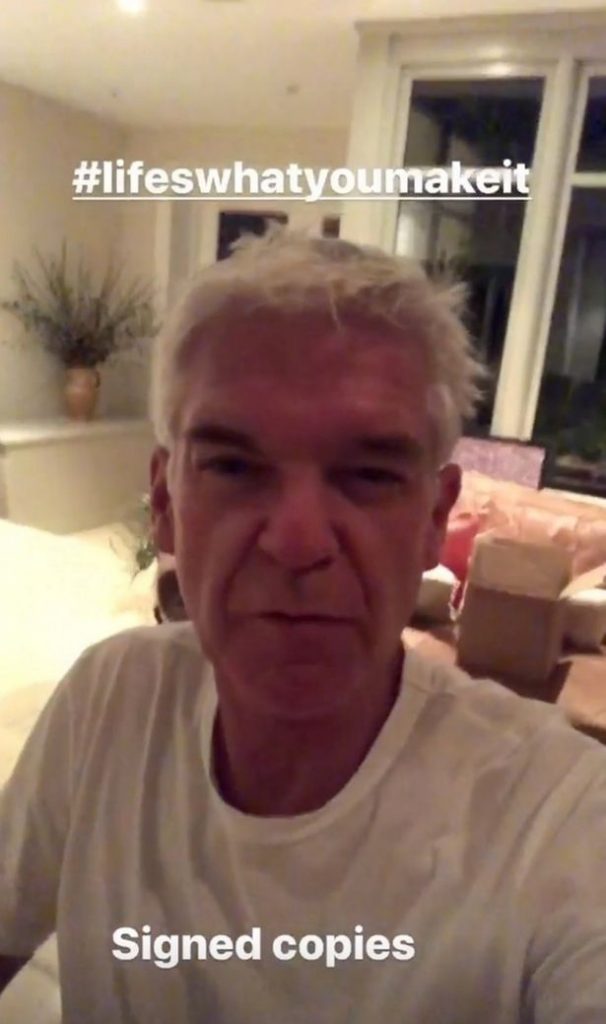 “Finally, in lockdown, I knew that all the pieces of the jigsaw had been put into place and I was ready to write – that and a new discovery… lots of free time! It has been a fascinating experience, both immense fun and deeply emotional. Finally, after all these years, I’m happy it’s gone from my head, to the page.

“I’ve been honest and I’ve been me. Thank you @michaeljbooks@penguinukbooks. Published this October but available to pre-order now using the link in my bio #LifesWhatYouMakeIt.”