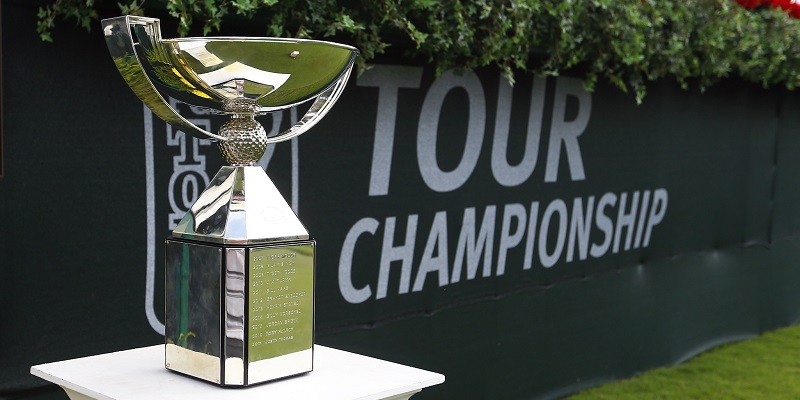 After issuing a memo to players featuring purse increases to eight events and an enhanced schedule starting next year, PGA Tour commissioner Jay Monahan made another strong statement on Wednesday during his press conference prior to the Travelers Championship.

“As I told the players (on Tuesday), let me be clear, I am not naive. If this is an arms race, and if the only weapons here are dollar bills, the PGA Tour can’t compete with a foreign monarchy that is spending billions of dollars trying to buy the game of golf,” Monahan said in Cromwell, Conn., referencing the LIV Golf Series.

“We welcome good, healthy competition. The LIV Saudi Golf League is not that. It’s an irrational threat, one not concerned with return on investment or true growth of the game.”

Commissioner Jay Monahan speaks with the media ahead of the @TravelersChamp. https://t.co/AmC521NdQu

The PGA Tour elected to reduce the number of members who are fully exempt each season and added a three-stop series of international events.

“These increases will be funded by sponsor support and supplemented in the short term by the operating reserve,” Monahan said in the memo. “Please note these amendments to the Resource Allocation Plan do not affect previously announced prize money increases at other events.”

I asked Jay Monahan about the eight tourneys receiving increased purse sizes. Where did the money come from? If it was available, why wasn’t it offered previously? Is this a direct response to LIV? He says it has been in the works for a while, insists it’s not a direct response.

Additionally, the memo detailed a return to a calendar-year schedule with the FexExCup contested from January to August, culminating with the playoffs and fall events to determine the top 125. The first full year of this system will be 2024.

Under the current system, the top 125 finishers qualify for the first playoff event. The top 70 in the standings progress to the next event, and the top 30 from there make the elite Tour Championship.

Next season, the top 70 players in FedEx Cup points will qualify for the first playoff tournament, the FedEx St. Jude Championship. The top 50 will then advance to the BMW Championship, with the top 30 players moving on to the Tour Championship at East Lake.

I don’t believe I heard any mention of the @DPWorldTour in Jay Monahan’s opening statement. None of the boosted events are co-sanctioned. Not a good sign for the “strategic alliance.”