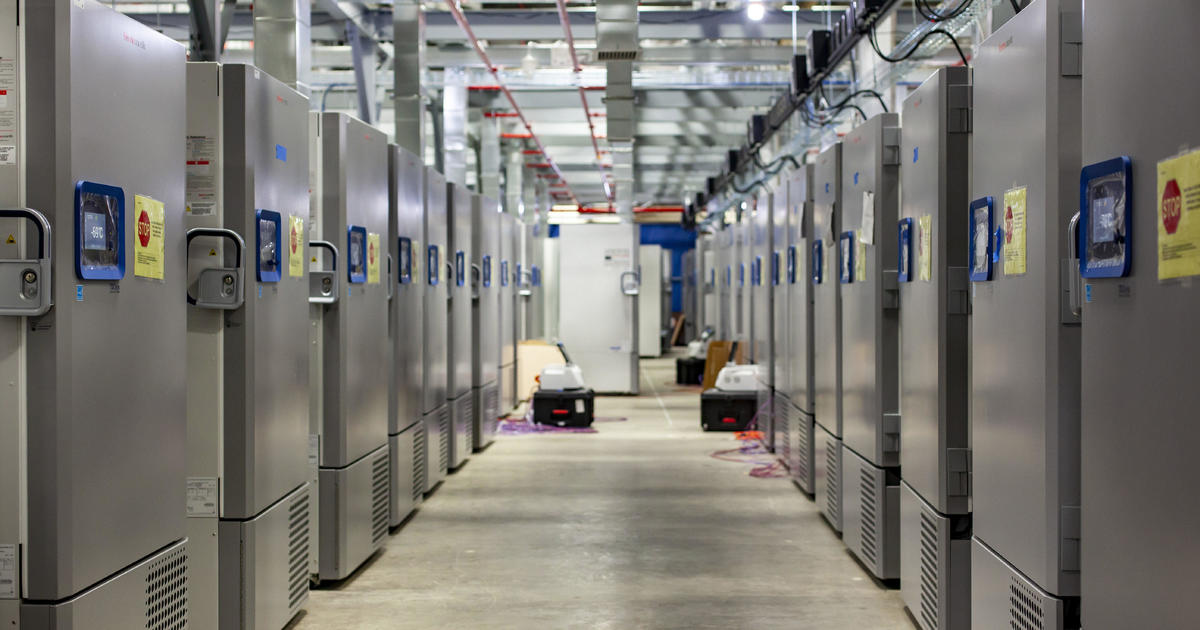 Pfizer’s COVID-19 vaccine is on track to be approved for use as early as next month. On Tuesday, Dr. Anthony Fauci, the nation’s top infectious disease expert, said shots will likely be available for most Americans who want it by April.

The Pfizer plant in Michigan is now the leading edge of the crash program to inoculate America. It’s vaccine stored in 350 ultra-cold freezers waiting for FDA approval. Army General Gus Perna, in charge of delivering the vaccine, has been counting on Pfizer to be the first and the most difficult to distribute because it requires two shots.

“Second dose has to be targeted to the people that already received the first dose,” Perna told CBS News. “It’s essential to our success.”

Marion Whicker, one of Perna’s deputies, showed “60 Minutes” the Pfizer vaccine kit, complete with a card telling you when to come back for your second shot.

When asked how many of those cards are expected to be lost, Whicker responded, “Probably quite a few, which is why we are recommending to all the administrators to tell people to take pictures of it.”

The Pfizer vaccine has to be stored at 94 degrees below zero Fahrenheit. To New Jersey Health Commissioner Judith Persichilli, that means the shots will have to be given in hospitals already swamped by COVID.

“My biggest fear is that we’re dealing with a surge at the same time that we’re trying to vaccinate,” she said.

In Illinois, Governor J.B. Pritzker on Tuesday said much of the state is seeing the worst surge of the coronavirus since the pandemic started earlier this year. The Illinois Department of Public Health reported a record 12,623 new confirmed and probable cases of COVID-19 on Tuesday, topping the old daily case record of 12,438 reported on Saturday. The department also reported 79 additional deaths, the second most reported in one day since mid-June.

Health care workers are likely to be first to get shots, and Perna estimates that alone could take three months.

U.S. sets record for coronavirus hospitalizations with over 60,000 »