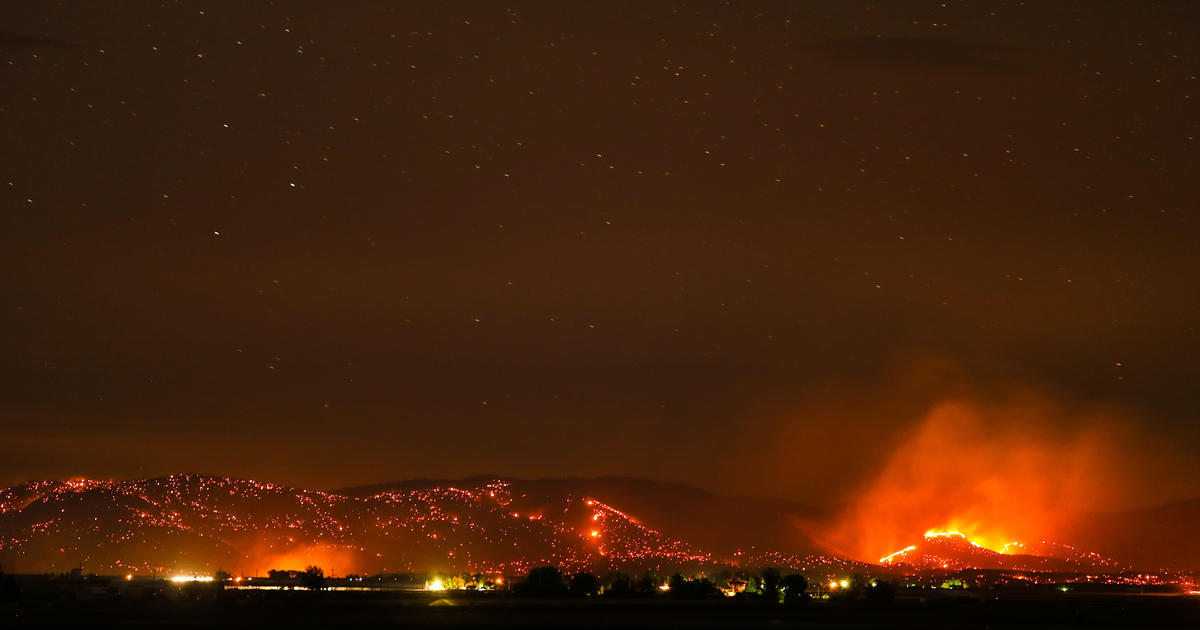 Oregon braces for “mass fatality incident” as fires near Portland

This week’s death toll from fires in Oregon, Washington and California now stands at 17, as at least 100 major fires burn in 11 western states. As flames push closer to the city of Portland, the mayor has declared a state of emergency — and state officials say they’re now preparing for a “mass fatality incident.”

More than half a million people — 12% of the state’s population — have fled from their homes in Oregon and mass evacuations are underway across the region. Oregon’s governor said Thursday that dozens may be missing in her state.

The monstrous fires are moving so quickly that they’re overwhelming fire crews. The fires are also creating choking smoke from Los Angeles to Seattle. Portland and San Francisco now have the worst air quality in the world — and officials are urging people to stay indoors.

An exterior view of the ballpark before the game between the San Francisco Giants and the Seattle Mariners at Oracle Park on September 09, 2020 in San Francisco, California.

In Berry Creek, California, what used to be a lakeside community full of homes is now incinerated. One fire has claimed at least 10 lives, including that of 16-year-old Josiah Williams, who was found last night near his home.

In Washington, Jamie and Jake Hyland lost their 1-year-old son Uriel and their unborn child after they couldn’t escape the flames. The couple suffered severe burns.

“In my worst dreams, I couldn’t imagine what my sister and brother-in law had to go through and to do everything they could to fight for their lives and to protect their child,” said Dawnmarie Baxter. “And so to lose him and her baby, it’s, there’s no words and nothing will ever make it right.”

There is some hopeful news: Calm winds are predicted for this weekend, and the Pacific Northwest could see some much needed rain next week.

« Florida bars to reopen even as state battles coronavirus