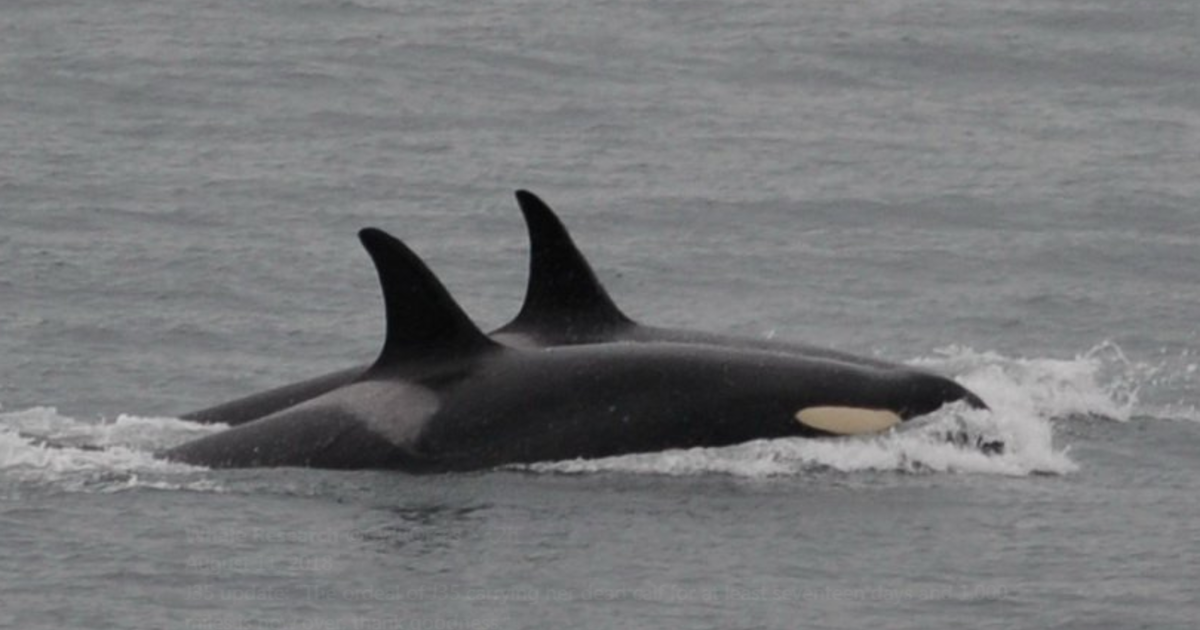 The Southern Resident killer whales have welcomed a new member to their family, scientists announced. Mother orca Tahlequah, J35, has given birth to a calf.

Two years ago Tahlequah carried her dead calf for 17 days and 1,000 miles. Her grief gripped the hearts of people all around the world.

According to Ken Balcomb, the founder for the Center for Whale Research, the calf likely arrived Friday and appears “robust.” The gender has not been announced.

We are pleased to report a NEW calf in J pod! J35's new calf appeared healthy and precocious, swimming vigorously alongside its mother in its second day of free-swimming life.https://t.co/6bSnvzRAju pic.twitter.com/ctxRQqPnn8

Researchers discovered that the mother was pregnant in July.

This is significant for these struggling orcas who have faced boat noise, a lack of food supply, habitat loss and environmental pollutants.

Experts say this is big news as up to 70 percent of pregnant orcas end with a miscarriage or a calf that dies shortly after birth.

Because of this rate and the stressful environmental factors, researchers were worried that Tahlequah might not carry her calf to term.

The endangered community of killer whales in the reguion has been on the decline for years due to a variety of factors, all related to human activity. Now, advocacy groups are warning of another looming threat which could further weaken the killer whale population: the U.S. Navy.

The Southern Resident killer whales are a small, close knit community of animals — more accurately known as orcas, the largest species of dolphins — which live primarily along the coast of Oregon, Washington and British Columbia. When they were listed as endangered in 2005, there were 88 Southern Resident orcas — but now, due to declines in their favorite food, Chinook salmon, as well as other manmade threats like toxins, shipping traffic and warming waters due to climate change, their numbers have dwindled to 72.

That’s why a recent request from the U.S. Navy seeking authorization for 51 “takes” of killer whales in the region each year for the next seven years alarmed many environmental groups.

Jeff Berardelli contributed to this report.

Read More: Orca who carried her dead calf for 17 days is a mother again