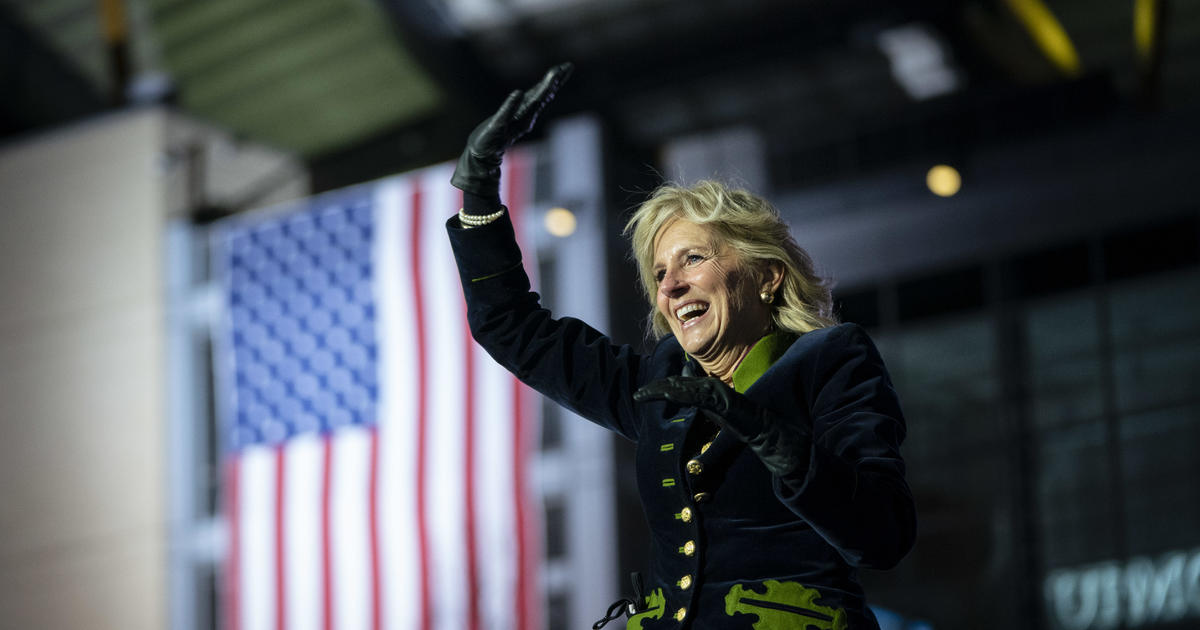 An op-ed published online Friday in The Wall Street Journal urging Dr. Jill Biden to “think about dropping” her “Dr.” title has sparked swift backlash, with some calling the piece “sexist” and the writer’s views “misogynistic.” Biden, a full-time English professor, has earned a doctorate in education and two masters degrees.

“Madame First Lady—Mrs. Biden—Jill—kiddo: a bit of advice on what may seem like a small but I think is a not unimportant matter,” Joseph Epstein wrote. “Any chance you might drop the ‘Dr.’ before your name? ‘Dr. Jill Biden’ sounds and feels fraudulent, not to say a touch comic.”

In the piece, Epstein argued the prestige a Ph.D may have once held “has been diminished by the erosion of seriousness and the relaxation of standards in university education generally, at any rate outside the sciences.” He claimed that earning a doctorate degree was once an “arduous proceeding,” but described the doctoral examinations he witnessed while working as an educator to be more of an informal event.

Jill Biden through the years

“As for your Ed.D., Madame First Lady, hard-earned though it may have been, please consider stowing it, at least in public, at least for now,” Epstein concluded. “Forget the small thrill of being Dr. Jill, and settle for the larger thrill of living for the next four years in the best public housing in the world as First Lady Jill Biden.”

The backlash to the op-ed was swift — with many coming to Biden’s defense.

Northwestern University, where Epstein had previously been a visiting lecturer, addressed the op-ed in two statements — one from the university as a whole and one specifically from its Department of English. “We do not agree with Mr. Epstein’s opinion and believe the designation of doctor is well deserved by anyone who has earned a Ph.D., an Ed.D. or an M.D.,” the school said in a press release. It added that it “strongly disagrees” with Epstein’s “misogynistic views.”

“This story would never have been written about a man,” Emhoff wrote. He added that Biden “earned her degrees through hard work and pure grit” and is an “inspiration” to him and many others across the country.

Dr. Biden earned her degrees through hard work and pure grit. She is an inspiration to me, to her students, and to Americans across this country. This story would never have been written about a man. pic.twitter.com/mverJiOsxC

Hillary Clinton also responded to the piece, tweeting, “Her name is Dr. Jill Biden. Get used to it.”

Dr. Martin Luther King Jr.’s daughter, Bernice King, tweeted at Biden in support in the wake of the op-ed. “My father was a non-medical doctor. And his work benefited humanity greatly. Yours does, too,” she wrote, along with an image of the civil rights icon.

Dear @DrBiden: My father was a non-medical doctor. And his work benefited humanity greatly. Yours does, too. pic.twitter.com/LD8eBt6ew2

Chasten Buttigieg, the husband of 2020 Democratic presidential candidate Pete Buttigieg, tweeted, “The author could’ve used fewer words to just say ‘ya know in my day we didn’t have to respect women.'”

Writer Charlotte Clymer also shared shirt designs based off the op-ed, working with Chasten to fundraise for the cause. As of Sunday night, their shirts have raised over $50,000 for the foundation, according to the fundraising website.

Want to say no to sexists and yes to raising funds for the community college foundation where @DrBiden teaches? Well, you’re in luck: https://t.co/Bknb8edqat

Biden is a full-time English professor at Northern Virginia Community College, working there throughout her tenure as second lady of the United States during President Barack Obama’s two terms in office.

Biden herself even appeared to respond to the op-ed on Sunday night. “Together, we will build a world where the accomplishments of our daughters will be celebrated, rather than diminished,” she tweeted.

Biden told “CBS Sunday Morning” in August that if now President-elect Joe Biden won the election, she planned to continue working while he is in office. Historian Katherine Jellison, a professor at Ohio University who studies first ladies, told CBS News in November that if Biden follows through with those plans, she would become the only first lady to hold a paying job and the first to have a doctoral degree.

Together, we will build a world where the accomplishments of our daughters will be celebrated, rather than diminished.