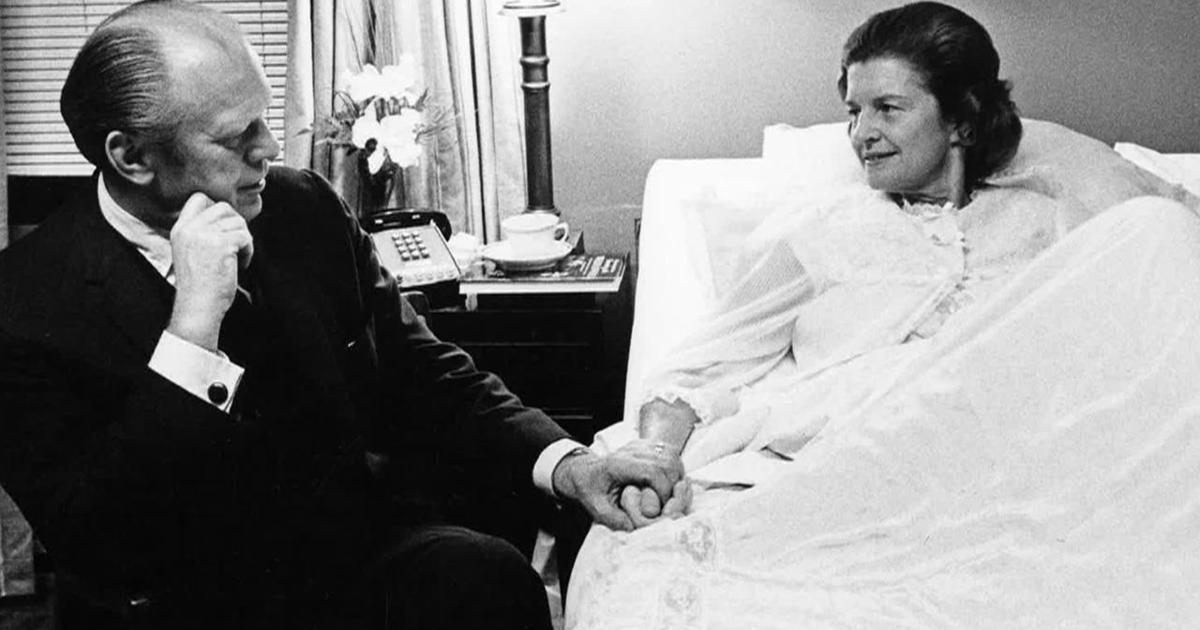 One photographer’s intimate view of the presidency

The guiding principles of presidential imagery have always been dignified, commanding and, well, presidential, at least with the images a White House has control over – those taken by a president’s official photographer.

But when it came to the nation’s 38th president, Gerald Ford had other ideas, such as this meeting with his advisors, conducted in his pajamas.

“He let me do whatever I wanted,” said David Hume Kennerly. “I mean, it was the perfect situation for a photographer to have the ability to do this and have him not care.”

As Mr. Ford’s official photographer, Kennerly had unprecedented access to Ford and his family – something he demanded when offered the job: “So, I looked him in the eye and I said, ‘Mr. President, I would love to do it on two conditions: I report directly to you, and I have access to everything that’s going on in the White House, to shoot it for history. And he started laughing, and then he said, ‘You don’t want Air Force One on the weekends?'”

Mr. Ford, the only person to have served as both president and vice-president without being elected to either office, was appointed President Richard Nixon’s vice president after Spiro Agnew ran into legal trouble. Ten months later, Mr. Ford took the oath as president after Nixon resigned.

The country was reeling, and President Ford presented the picture of solid dependability – a straight-arrow, family man – when the country needed it most.

“Trustworthy, brave, loyal, reverent. He kind of lived his life that way,” Kennerly said. “I mean, he’s the only president who was ever an Eagle Scout.”

But to capture that image for posterity, the 61-year old former Eagle Scout chose a 27-year old hard-partying bachelor whose only merit badge would’ve been for pick-up techniques.

“I used to bring dates to the White House,” said Kennerly, “and the president, he always liked meeting my girlfriends.”

“Oh, he wasn’t my wing-man. But let’s just say, he was an observant pilot!”

Steve Ford, one of President Ford’s four children, said, “To think of those two men, you don’t see a common bond. You don’t look at them and go: “Yeah, they would be best friends,’ right? They developed a genuine love for each other.”

“How do they end up like that?” asked Axelrod.

“Dad liked people. He liked to learn about people. And David was an interesting subject!” Steve laughed.

Kennerly was highly-accomplished before he became Mr. Ford’s official photographer. He’d won a Pulitzer Prize for a portfolio that included images of the Ali-Frazier fight and the war in Southeast Asia. But it was his infectious personality that served him best in the White House.

“My dad was a traveling salesman; I used to go around with him and watch him sell people things that they didn’t want to buy,” Kennerly laughed.

The photographer’s combination of style and substance was recently on display in an exhibit entitled: “Extraordinary Circumstances” at the Gerald R. Ford Presidential Museum in Grand Rapids, Michigan.

That was exactly how President Ford wanted it.

It was several days before the newly-sworn-in President Ford and his family moved from their Alexandria, Va., home into the White House. Here, Mrs. and Mrs. Ford are shown with Jack and Susan Ford.

Axelrod asked, “He’s President of the United States, and he’s still living in his home in northern Virginia?”

He’d become president so abruptly, and inherited an office consumed by conspiracy and criminality, Mr. Ford countered that recipe for instability with transparency.

At the Gerald Ford Museum, which features a replica of the Oval Office, Kennerly told Axelrod that from Day One, he was given the kind of access designed to signal Americans the days of “Tricky Dick” were over, that Gerald Ford had nothing up his sleeve. “This picture shows him two days into the presidency; you see a guy who’s like already kinda comfortable in the job,” said Kennerly.

President Ford in the White House the day after taking the oath of office, August 10, 1974. The Oval Office bookshelves had been cleared of President Nixon’s personal effects.

… and that the presidency would survive.

“When Nixon quit, I mean, after Watergate and everything else, there was no faith in the institution of the presidency,” said Kennerly.

Axelrod said, “So, he had to provide a degree of transparency that had never been provided before, to shut down anybody who wanted to come at him for not actually being an elected president?”

“Yeah,” said Steve Ford. “He asked for America’s prayers. This had never happened before in the history of this country. Think about it: most countries where you get a new president without an election, there’s usually troops in the streets.”

Kennerly would be with Ford for nearly every big moment of his 2½ year presidency, including two assassination attempts: Lynette “Squeaky” Fromme’s, in Sacramento, in September of 1975 …

“He was walking along and she pulled out the gun,” Kennerly recalled. “I was just ahead of him. I didn’t get a picture; I got him as the Secret Service guys snatched him.”

President Ford is whisked away by Secret Service agents after an assassination attempt.

Axelrod asked, “Did he ever say a word about either Squeaky Fromme or Sara Jane Moore’s attempt?”

“He was angry about both attempts, because it was gonna keep him further away from people, because of the threat,” Kennerly said.

No public figure was more committed to transparency than Betty Ford. Just weeks after her husband took office, she had a mastectomy for breast cancer.

Steve Ford said, “Women did not talk about that. You literally could not say the word ‘breast’ on TV.”

Not Betty Ford. She knew her own value as a symbol, and understood her power in making sure the public knew about both her cancer and her treatment.

As much as President Ford got him there, it was Betty Ford who provided Kennerly with some of his richest material, like on their last day in the White House, when she was walking through a final time with Kennerly.

“She looks in [the cabinet room] and says, ‘You know, I’ve always wanted to dance on the cabinet room table,’ and two Secret Service agents with us are going: ‘Bah-hah, she’s not going to do that!'”

But Kennerly was ready when she did.

The story behind an iconic Betty Ford photo

White House photographer David Valdez on what made George H.W. Bush “most proud”

Read More: One photographer’s intimate view of the presidency

The story behind an iconic Betty Ford photo »