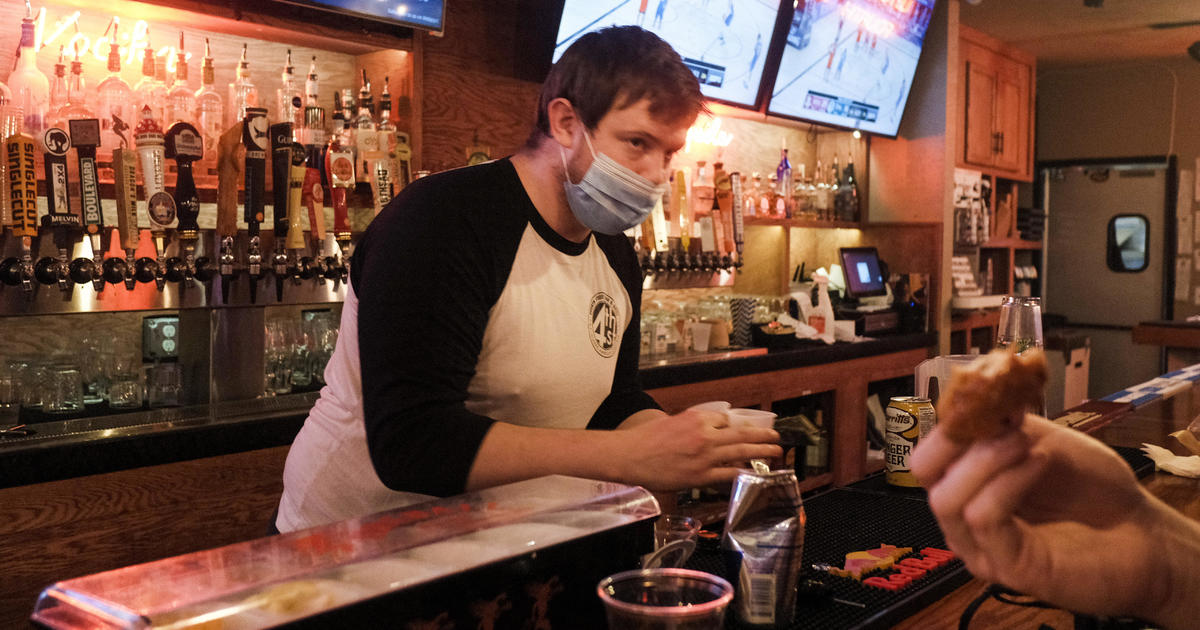 Asylum officers denounce Trump rule they would be charged with enforcing

Trump’s $400 in unemployment aid: When would it start?

Nia Garama, a rising senior at the Ohio State University, knows Saturdays won’t be the same this school year. With uncertainty around the upcoming college football season, Garama fears she’ll be missing out on cherished experiences and is looking for new ways to enjoy Game Day. Radio show host Dan Patrick said Monday that the PAC-12 and Big Ten will cancel their football seasons on Tuesday. However, a Big Ten spokesperson told CBS Sports on Monday that despite that expectation, a decision has not yet been made. The scheduled vote comes soon after the Mid-American Conference canceled its football season because of the coronavirus pandemic. And the MAC also canceled other fall sports like soccer and volleyball. “I’m heartbroken we are in this place,” MAC commissioner Jon Steinbrecher said. The tailgates, barbecues and pre-game parties at fraternity houses with large crowds crammed into small spaces is “obviously not going to be the situation” anymore, Garama said. “We’ll probably just hang out at our house, maybe invite a few friends” and “kind of have a watch party,” she added. As athletic departments at universities and their conferences try to hold a college football season that is safe, students and fans are getting ready for what could be a rocky season — and nearby restaurants and bars are bracing for the economic fallout.

A bartender announces last call at a bar in the Short North District on July 31, 2020 in Columbus, Ohio.

President Trump tweeted support to players who don’t want the season canceled. “Play college football!” he tweeted. The president also quote- tweeted Clemson quarterback Trevor Lawrence, who wrote, “The student-athletes have been working too hard for their season to be cancelled. #WeWantToPlay.”

On August 5, the Big Ten Network released its college football schedule for the conference, but commissioner Kevin Warren said college football this fall is not guaranteed. “We are approaching this entire process on a day to day basis. We are gathering medical information daily. We are communicating with all of our constituents in the Big Ten,” Warren said. “This will not be a straight line this year,” he added. CBS Sports reported on Sunday that the Power Five conference commissioners, including the Big Ten commissioner, held a meeting to discuss the possibility of holding a college football season this fall. They acknowledged in the meeting that it seems unlikely. Ohio State University athletic department announced in late July that it plans to accommodate season ticket holders but would limit maximum capacity in the stadium, which typically seats over 104,000 fans, to just 20% for football games this fall.

Restaurant patrons enjoy a meal on the last night of going out to eat in the Short North District on March 15, 2020 in Columbus, Ohio. Ohio Governor Mike DeWine announced the government would issue an order closing all bars and restaurants in Ohio beginning at 9 pm Sunday due to the ongoing threat of the coronavirus (COVID-19) outbreak.

Garama, who recovered from COVID-19 in the summer, said she “would love to go” to home games and is itching to get tickets for the coveted Ohio State-Michigan rivalry game in late October. As a senior, she would have had access to better seats, but she’s still waiting to hear how the university will allocate the limited number of tickets.

“I would love to go, but I know it’s gonna be a whole different atmosphere with only 20,000 people,” Garama noted.The Ohio State University has one of the largest student bodies in the country with over 60,000 students enrolled on its Columbus campus. The university also has a massive athletic department, which generated over $210 million in revenue last year. According to a financial report obtained by CBS News, the football program at OSU generated more than half of the athletic department’s revenue, bringing in over $115 million last year. Ticket sales represented over $50 million and media rights added another $34 million. While the athletic department as a whole had a $10 million budget deficit at the end of last year, the football program, which doesn’t receive tuition or tax dollars and generates revenue for the university’s academic mission, had a surplus of $55 million. A university spokesperson told CBS News the school is operating on an interim budget and the board of trustees has not yet approved a spending plan. The last time the board met, it approved a budget for July and August, the first two months of the fiscal year. It plans to meet again by the end of the month in hopes of approving a spending plan for the remainder of the fiscal year. Restaurants and bars in the Columbus area that usually rely on the traffic of customers from game days, are likely to feel the impact of a less crowded stadium. Tony Mollica, the manager at Varsity Club, one of the oldest bars in the area, said revenue projections for the next few months are “ugly.” Varsity Club usually serves “a couple thousand people” on game days. Mollica said, “We’ll be lucky to get a couple hundred now.” To comply with social distancing guidelines, Mollica said Varsity Club is operating at one-fifth of its capacity, and the restaurant’s outdoor seating area has scaled down from 400 to 80. The bar’s revenue is also taking a “big hit,” down more than 30% so far this year, despite staff cuts. “We’ve been here 60 years and we’ve weathered every storm,” Mollica said. Tony Allen, general manager at Ethyl & Tank, another restaurant and bar, said he’s pivoting to new ideas for game day while fostering a safe environment. Allen explained that fans are usually at the bar “open to close” during game days with patrons sitting indoors and outdoors in their block area. Due to the coronavirus, the restaurant will prioritize socially distant outdoor seating. “Obviously you can’t replace game day at Ohio State,” Allen said. “But we can still give them a fun experience, something that’ll be good for them, they can come with their friends, still hang out. It’s fun for everybody and still safe.”

Recently, Ohio Governor Mike DeWine signed an executive order prohibiting restaurants and bars with permits to serve liquor past 10 p.m. Under the mandate, customers need to finish their drinks by 11 p.m. Allen said that the executive order is a “huge shot in the foot for us,” but he said his restaurant will cope with the uncertainty.

“We don’t know exactly what’s going to happen,” Allen said, “but we’re preparing to be busy, we are preparing to not be busy trying to cover all our angles.”