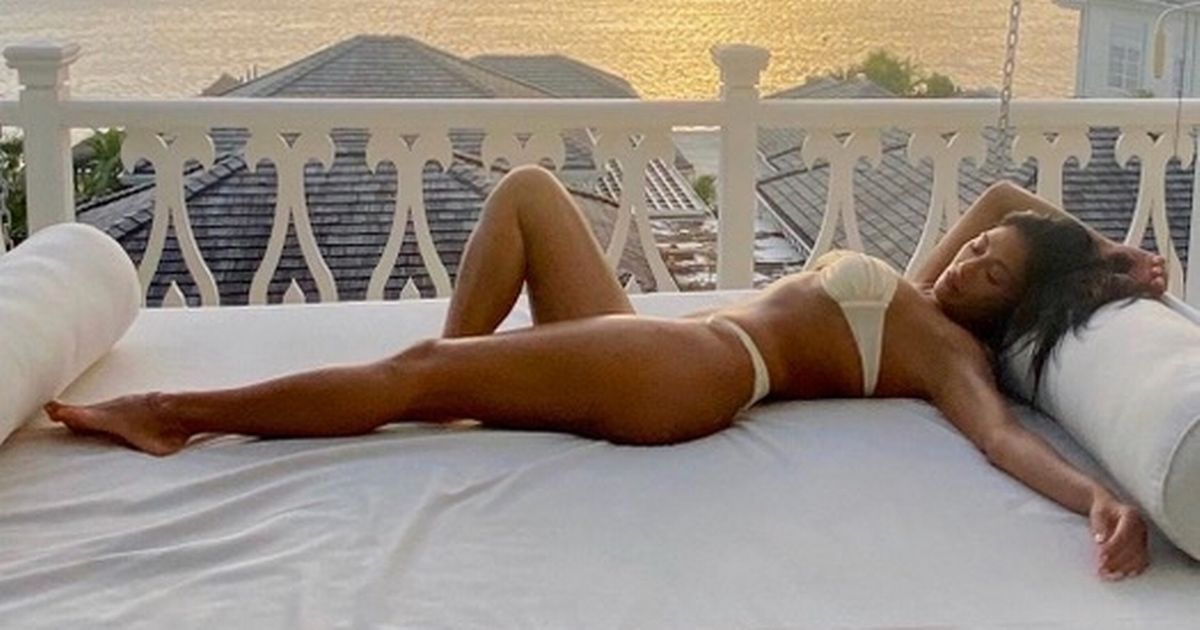 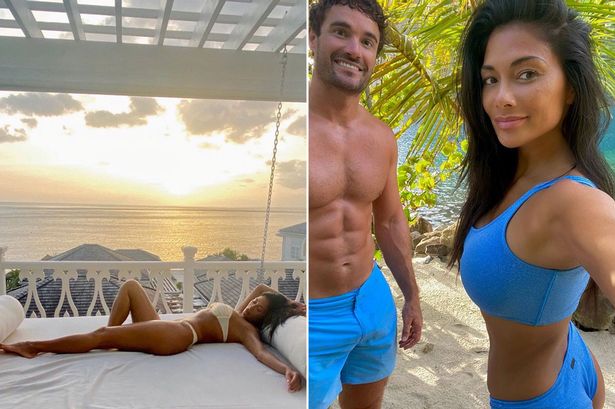 Pop superstar Nicole Scherzinger has wowed her fans with some sizzling snaps from her holiday in St Lucia.

The Pussycat Dolls frontwoman, 42, has been on holiday on the Caribbean Island with her boyfriend, former Scottish Rugby player and model Thom Evans.

The singer has been keeping her fans updated on her travels via social media and her latest pictures have caused a commotion.

Posting from her hotel balcony overlooking the shimmering Caribbean waters at sunset, Nicole posed for two snaps in a tight white bikini that displayed her killer curves and toned body.

The snaps are presumably taken by Thom as they have been regularly posting shots of each other from their break on the island.

Nicole captioned the idyllic images: “Watching the sunset from heaven”. 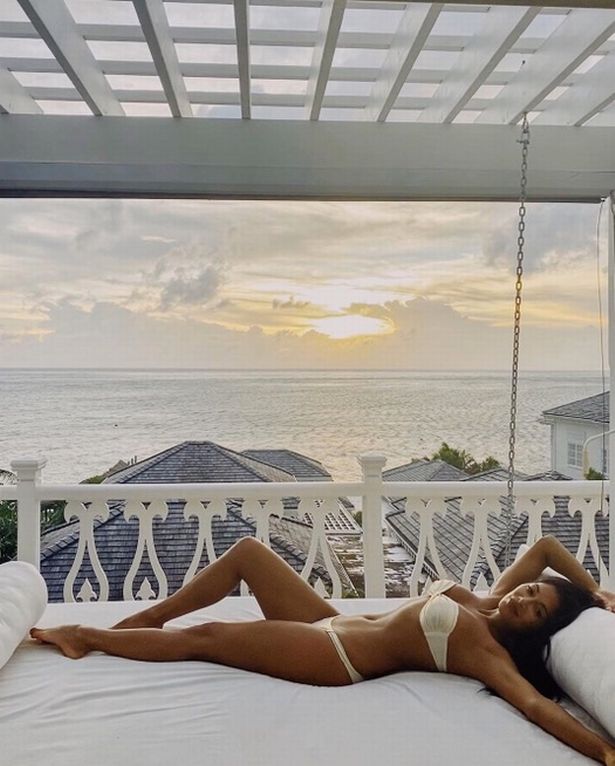 If the image looks heavenly, then Nicole is certainly every inch the angel!

The photos left her fans stunned by her gorgeous appearance and holiday locale.

A different follower commented: “YOURE LITERAL GOALS IN GENERAL”. 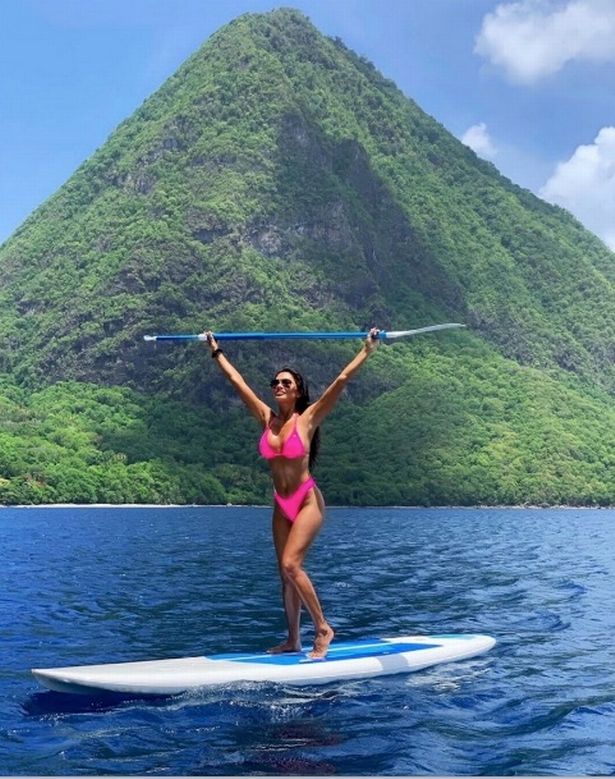 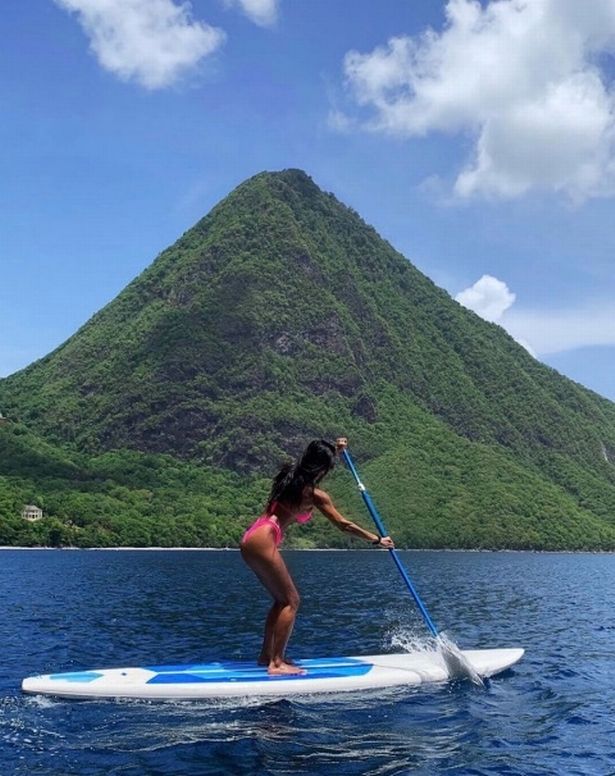 “I know it’s heaven because you’re an angel,” commented another Instagram user.

“One of the hottest women on God’s green earth,” opined another of Nicole’s followers. 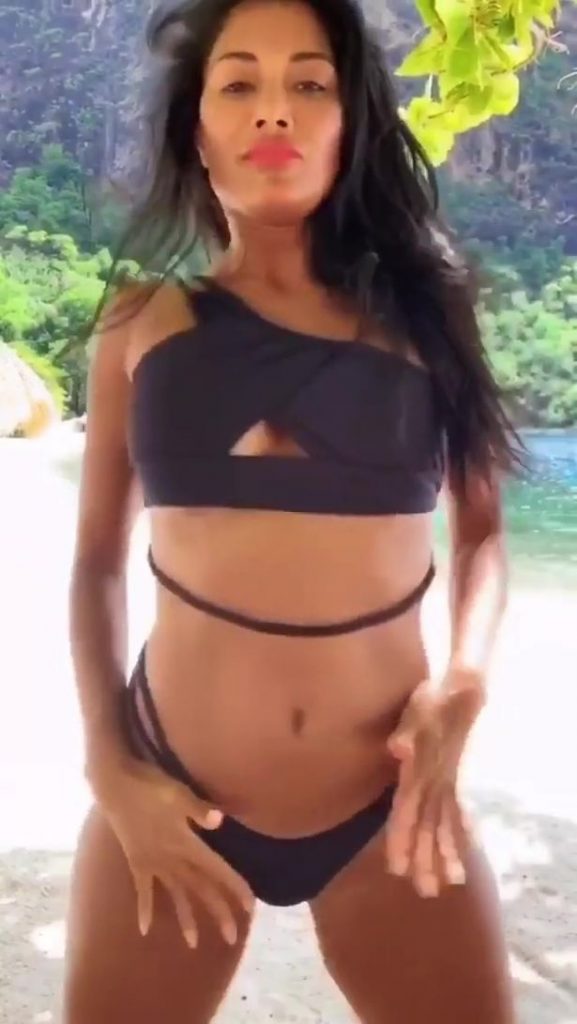 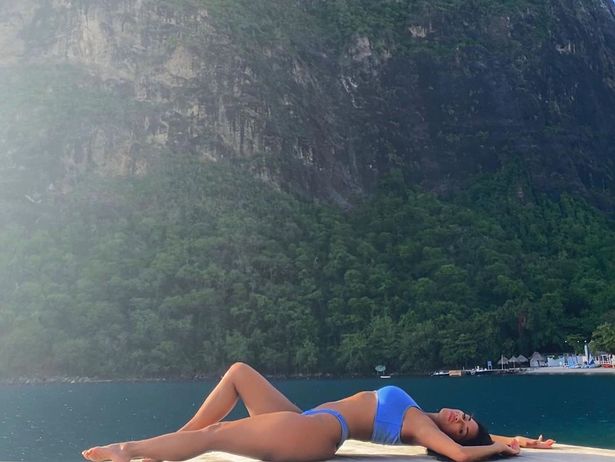 Finally, one fan concluded: “‪I don’t know what to say…You are so damn beautiful, perfect, stunning”.

Nicole previously posted photos in a black bikini to watch the sunset from a hammock bed overlooking the water.

She captioned the image: “Thank you @sugarbeachviceroy for the most magical time and the absolutely breathtaking views.” 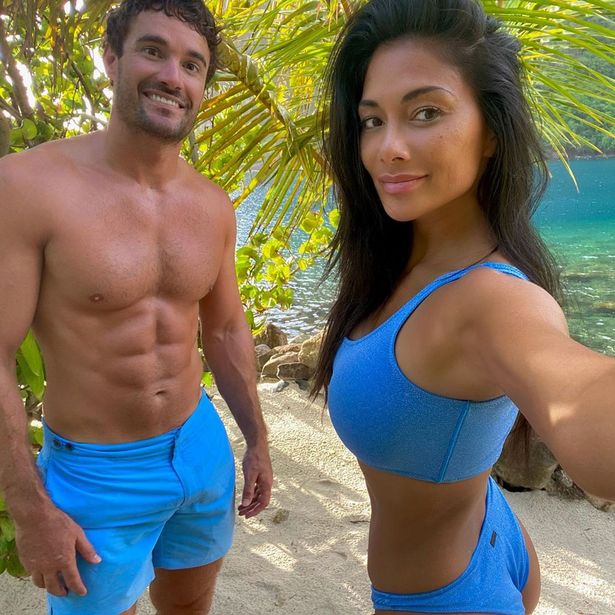 Amongst her other images, Nicole has posted an adorable selfie of herself in a blue bikini next to a ripped Thom looking handsome in his matching blue swim shorts.

She captioned the pic of the sexy pair: “Selfie game”.

The couple have made sure to keep things playful on their break too by posting some humorous clips on TikTok with Nicole showing her dancing moves and Thom and his six-pack just standing there watching as she lets all her energy out.

The pair were first reported to be dating in January this year.

Thom introduced her to his parents back in June, showing how serious the two are getting.