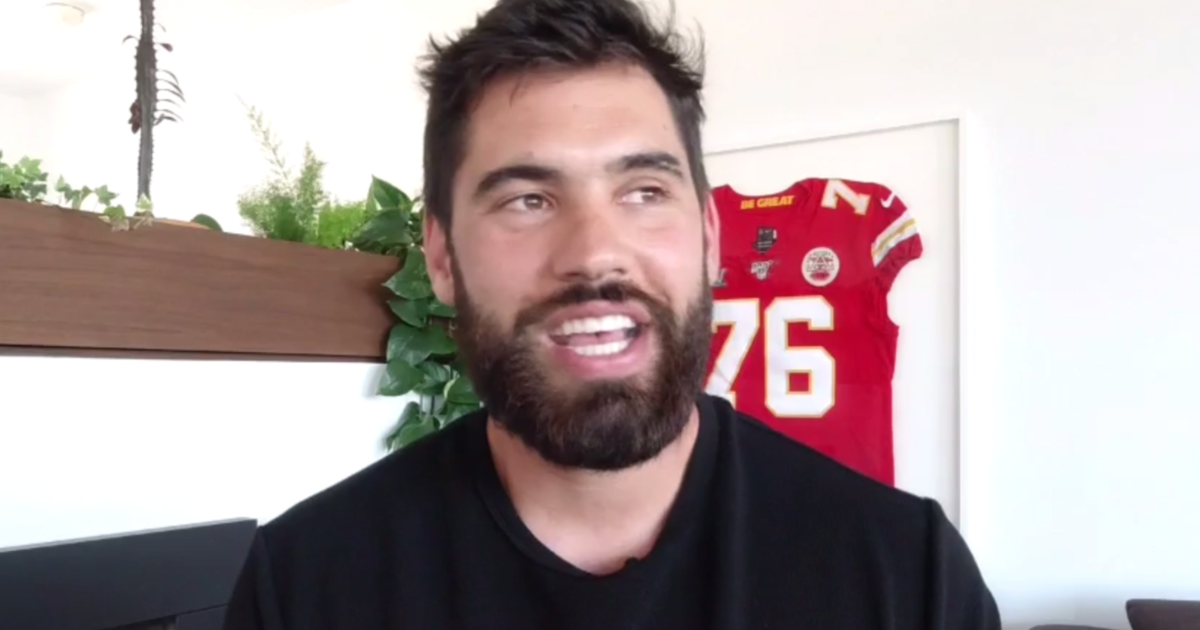 NFL star opts out of season after treating COVID-19 patients

Kansas City Chiefs lineman Laurent Duvernay-Tarif, who spent nine weeks in the off-season helping care for medical patients at the height of the COVID-19 pandemic, will not be returning for the 2020 season, after spending .

The football star graduated from McGill University Medical School in 2018, after getting the green light from the university and the Chiefs to follow a four year curriculum doing four months of study while playing professional football.

When the coronavirus pandemic caught the world off-guard, Duvernay-Tarif said he was “frustrated.”

Like the rest of his team, Duvernay-Tarif was in the midst of celebrating the Chiefs’ Super Bowl victory when it was cut short by COVID-19’s spread, forcing the Montreal-born athlete and his girlfriend to return to Canada.

Under lockdown, Duvernay-Tarif saw an opportunity to use his passion and experience in medicine to do good for others.

“At some point, you realize ‘I’m privileged.’ You know? I still have a job,” he told CBS News’ Dana Jacobson. “I’m well, my family is safe. So then you start thinking, all right, how can I contribute? How can I help?”

Because playing in the NFL kept him from doing his residency, the football star could not work in a hospital like other frontline doctors and nurses treating coronavirus patients.

However, when he got the opportunity to assist at a long-term care facility, Duvernay-Tarif said he did not hesitate.

“If you think there was a crisis in the general population, I mean, inside those long-term care facilities, it was ten times worse,” he said.

For nine weeks in the off-season, the football player worked as what he called a “nurse/doctor/orderly.”

To keep his family safe while he worked on the front lines, Duvernay-Tarif got an apartment as a “transitional zone” to shower and change clothes before he went back home.

“When I first started at the beginning, I was really focused on like, all right, give me a task and I’m going to do it to the best of my ability —whether it’s passing medication, changing diapers, feeding people,” he recounted. “I quickly realized there’s a difference between treating and caring for a patient.”

He said the shift in mindset was when the work starts “taking a toll on you emotionally.”

“You’re taking your phone, you’re Facetiming a patient’s family, and you see the whole family crying in front of their computer because it’s the first time that they actually seen their father for the past eight weeks,” he said.

At one point, Duvernay-Tarif was even able to use his NFL status and contacts to boost morale, by reaching out to two friends on the Montreal Canadiens hockey team and asking them to send jerseys. They also conducted a video call with a patient at his request.

“It was an amazing thing for the patient, but also for the personnel. They took time to talk to the nurse and talk to the people. And I think that that was kind of my job going in there,” he said.

He called the nine weeks he spent at the facility both “rich” and “emotionally challenging.”

He credited doctors, nurses and other health care workers for their resilience working decades in the industry.

“We owe them a lot. And right now more than ever, some doctors, some nurses are living in like trailer parks because they don’t want to infect their family or bring it back home to their kids,” Duvernay-Tarif said. “And to see that people are coming every day with a smile on their face, trying to bring joy and do good is really touching.”

« Kim Kardashian Is Gorgeous In Tulle Dress With Skims