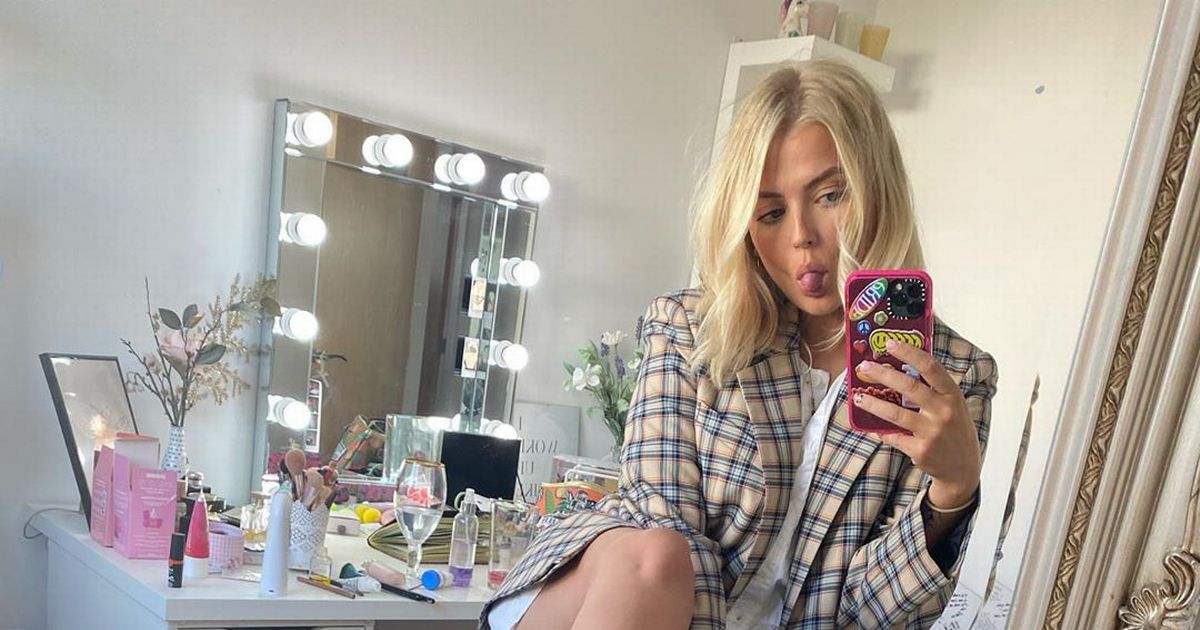 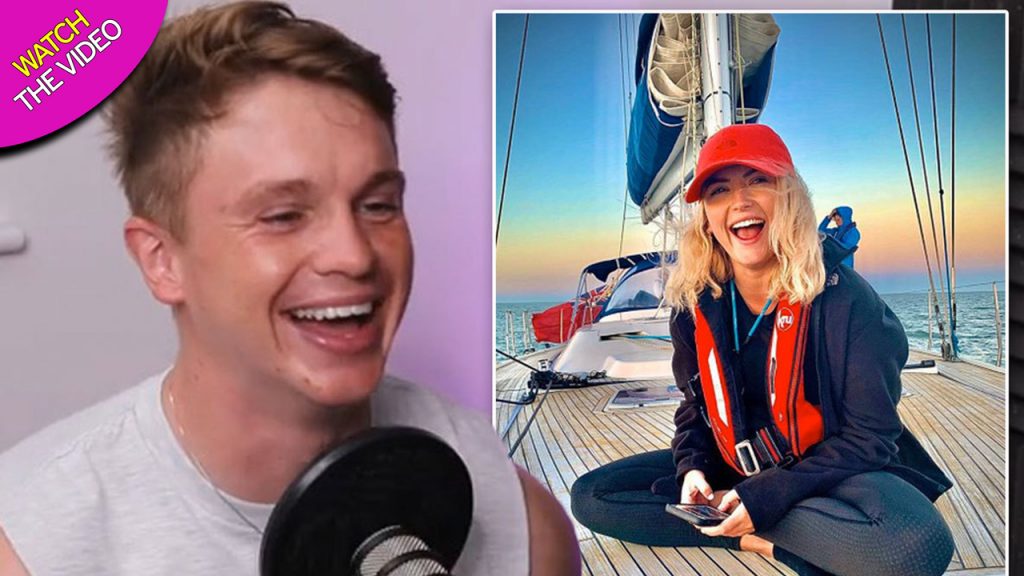 The former Corrie star, who played Bethany Platt on the soap, showed no signs of heartache after parting ways from boyfriend Tom Leech during the lockdown.

Lucy, 24, hid the heartbreak as she posed for a string of racy mirror selfies amid rumours she is romantically linked to YouTube star Joe Weller.

The blonde beauty looked outstanding as she slipped into a white shirt dress which she paired with a tartan blazer and funky pink lace-up boots.

Soap star Lucy looked super cool as she leant forward to show fans her new shoes while sticking her tongue out at the same time. 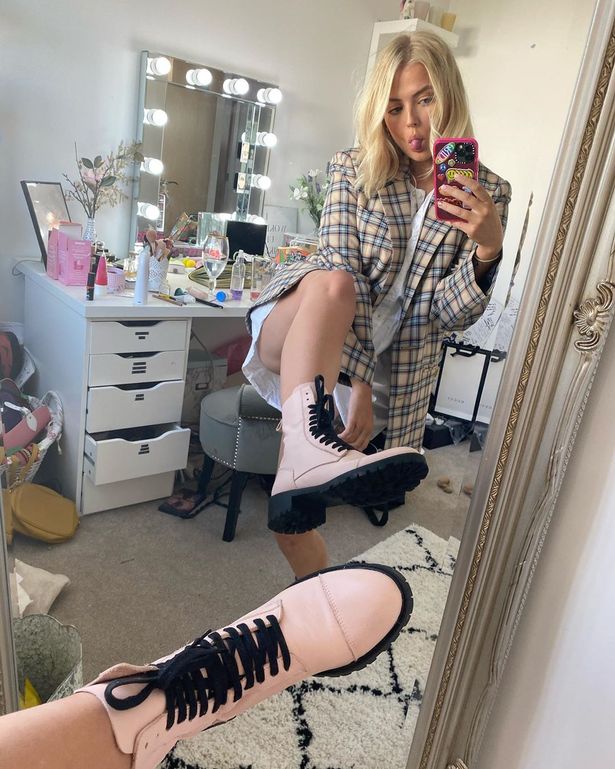 She wore her bleach blonde hair in loose waves and practised her yoga moves in the mirror.

“New boots, a thread,” she penned below the snaps.

The telly star decided to end things with her boyfriend of three years after lockdown highlighted cracks in their relationship. 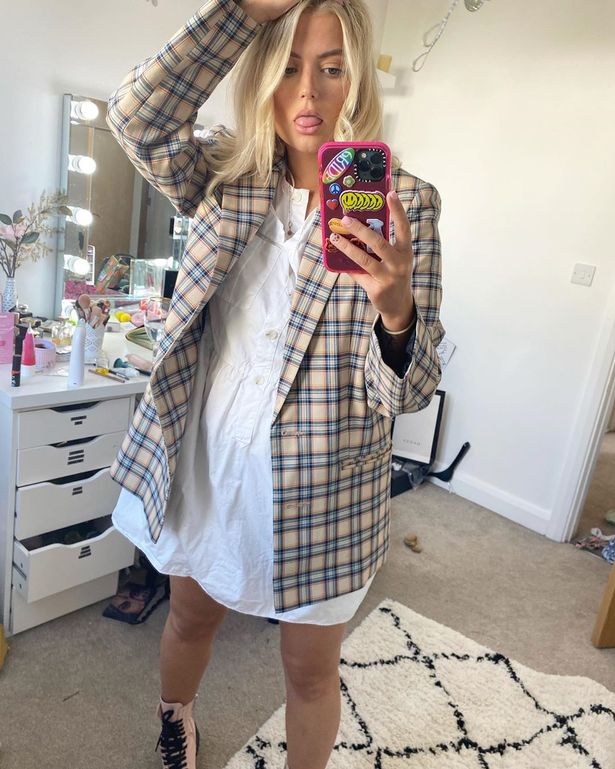 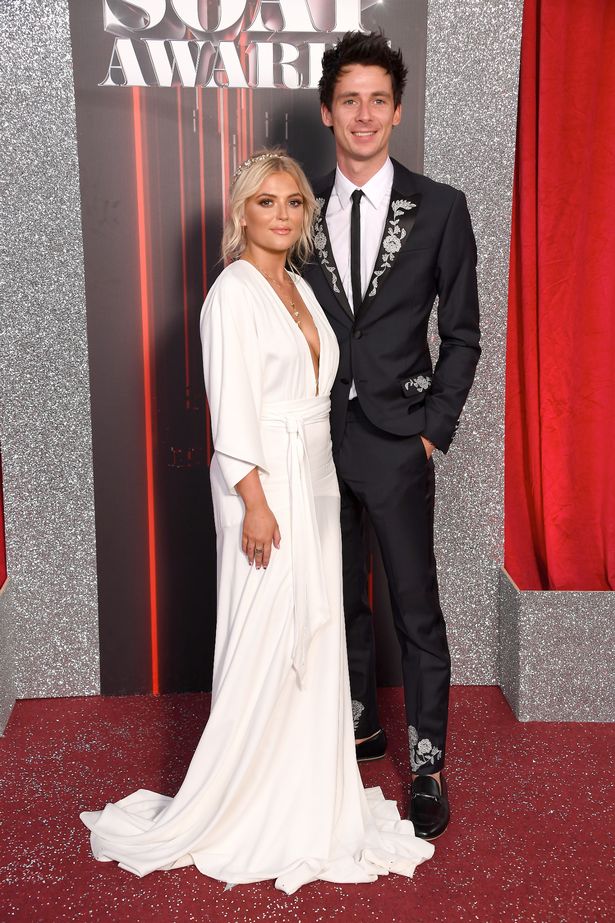 Sources close to the star told The Sun at the time: “She and Tom have called it quits and are no longer together. They spent lockdown together but it gave them time to evaluate what they want.

“They decided taking time apart was the best idea and they have gone their separate ways.”

Lucy and Joe met through filming for ITV’s Don’t Rock The Boat – a new reality show where celebs are put through their paces as they row the entire length of Britain. 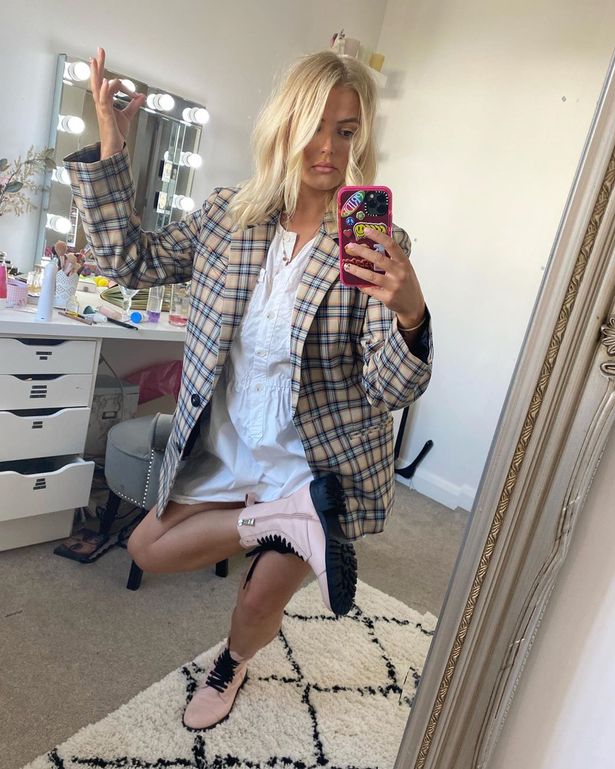 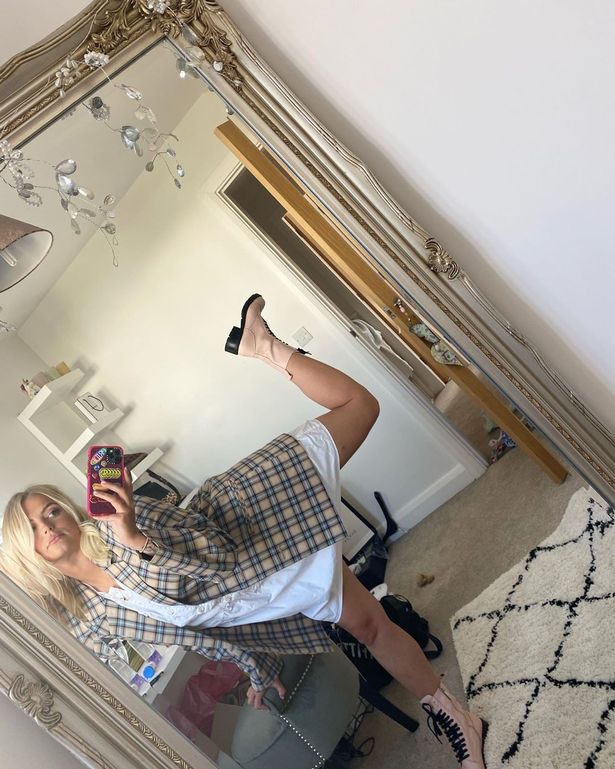 Reports suggested the pair were “growing close” during filming.

And fans were hoping Lucy and Joe would get together after he revealed he fancies someone from the show during his Wafflin’ podcast.

Many people assumed he was talking about Lucy.

Joe said: “There’s someone I fancy on the show. 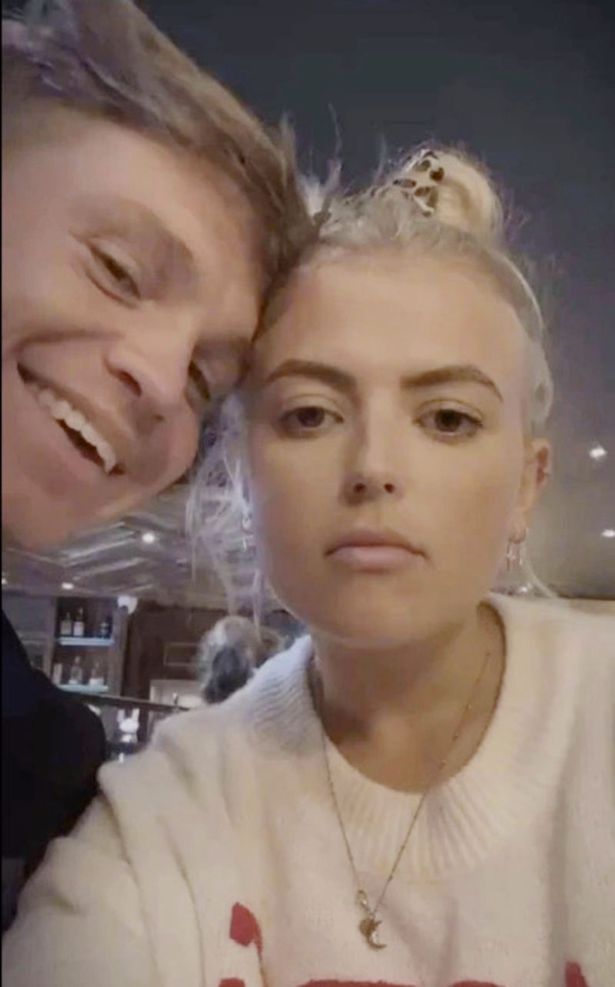 “There is someone that I fancy, from the group, that I’m doing this TV show with. We’re away for three weeks, and you know. We’ll see what happens.”

Meanwhile, one fan speculated: “The show he’s going on is a new show called “Don’t Rock The Boat” and if you look at the cast I think the girl he’s talking about might be Lucy Fallon from corrie. Done some digging here lads.”