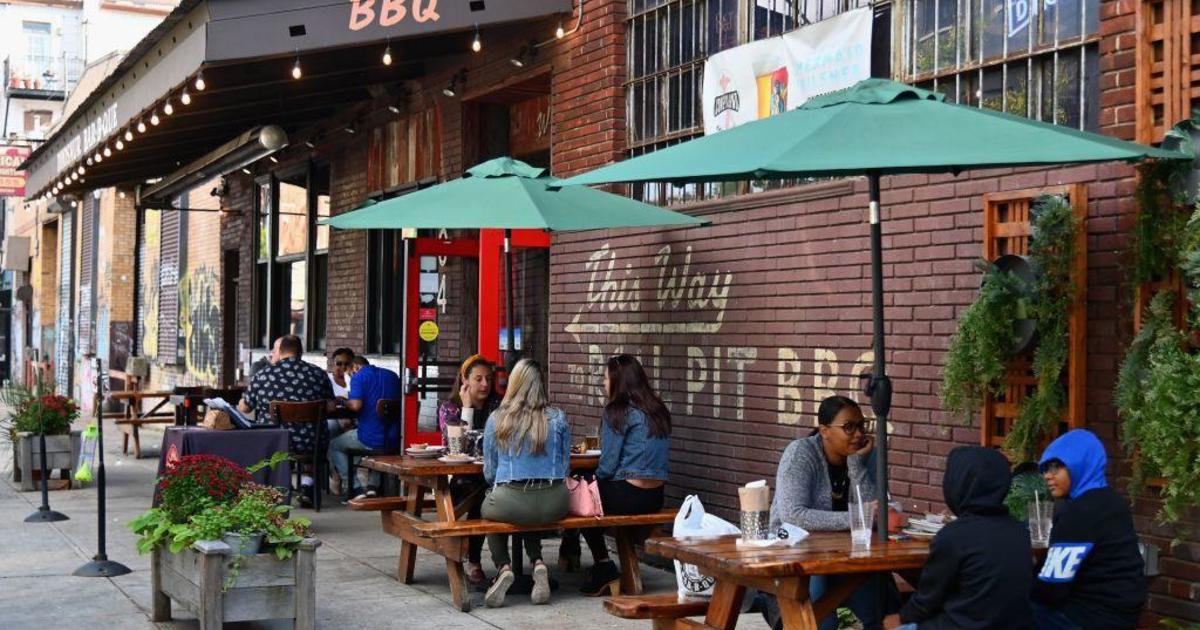 New York will require bars and restaurants to close by 10 p.m.

New York will require bars, restaurants and gyms to close nightly at 10 p.m. ET and will limit private gatherings to 10 people, Governor Andrew Cuomo announced Wednesday. The new restrictions, an effort to slow the spread of coronavirus, will go into effect Friday.

Cuomo said the new infections are primarily coming from people attending private gatherings in bars, house parties and restaurants. He did, however, acknowledge the strain restrictions could place on businesses within the state.

NYS is taking action to stop the spread in response to rising COVID numbers.

Any establishment with a state liquor license, including bars and restaurants, must close at 10pm.

Gyms must also close at 10pm.

The new restrictions come as the nation struggles to contain the latest surge of the virus. As of Tuesday, more than 60,000 people were hospitalized across the country, according to the COVID Tracking Project. More than 100,000 new cases have been confirmed each day for the past week.

New cases are also trending upward in New York State, with over 18,400 confirmed cases last week and a testing positivity rate of 2.24%, according to Johns Hopkins University. Those numbers are still much lower than when New York was considered America’s epicenter for the virus.

In New York City, there were 817 new virus cases on Wednesday, according to Mayor Bill de Blasio. “We must do everything we can to hold off a second wave and these steps will help us fight it back in New York City,” said Bill Neidhardt, the mayor’s spokesperson.

Earlier this week, New Jersey’s governor, Phil Murphy, announced similar restrictions on restaurants and bars, forcing them to close indoor dining by 10 p.m. “We have to shake off the pandemic fatigue that I know we all feel,” Murphy said in a briefing Monday. “We have to get back into the mindset that saw us crush the curve in the spring.”

Read More: New York will require bars and restaurants to close by 10 p.m.

Here's how Biden will work with Big Tech »