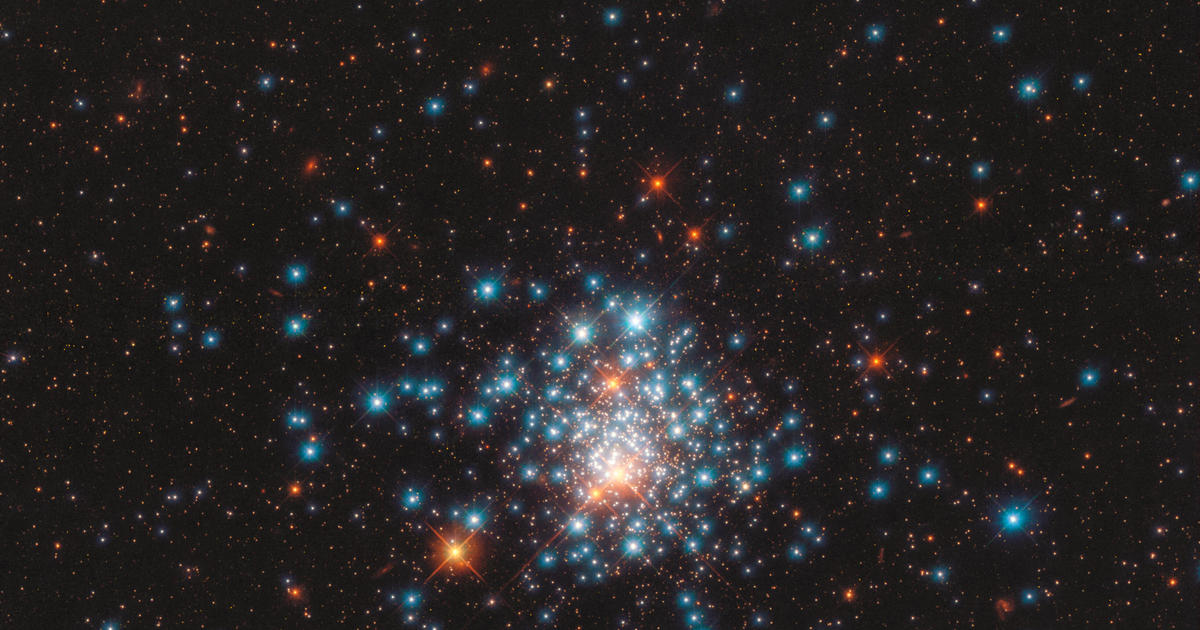 NASA’s Hubble Space Telescope has captured an image showing what the space agency is calling a “pocketful of stars” — a section of the universe packed with thousands of multicolored stars. The picture captures the “globular” cluster named NGC 1805, which is located near the Large Magellanic Cloud, a satellite galaxy of the Milky Way.

Typically, globular clusters contain stars that are born at the same time, NASA said. But NGC 1805 is unusual — scientists believe it contains two different populations of stars that are millions of years apart in age.

NASA compared the close orbit of the stars to bees swarming around a hive. The agency said it’s unlikely that the stars at the center will be orbited by planets, because they’re 100 to 1,000 times closer together than the nearest stars are to our sun.

Many colorful stars are packed close together in this image of the globular cluster NGC 1805, taken by the NASA/ESA Hubble Space Telescope.

The cluster is visible from the Southern Hemisphere in the “Dorado” constellation, which is Portugese for dolphinfish.

Hubble’s positioning in space grants it the unique ability to capture different wavelengths of light. Earth’s atmosphere absorbs most ultraviolet light, making the cluster’s difference in star colors impossible to observe from the ground.

The image combines different types of light to highlight the remarkable difference in star colors — blue stars, shining brightest near ultraviolet light, and red stars, brightest in red and near-infrared.

Astronomers are interested in observing clusters like NGC 1805 in order to learn more about the evolution of stars, as well as what factors lead to them dying as white dwarfs versus explosive supernovae.

« Poll suggests Trump may be losing support of some evangelical voters

Trump heads to Nevada and Arizona to campaign »