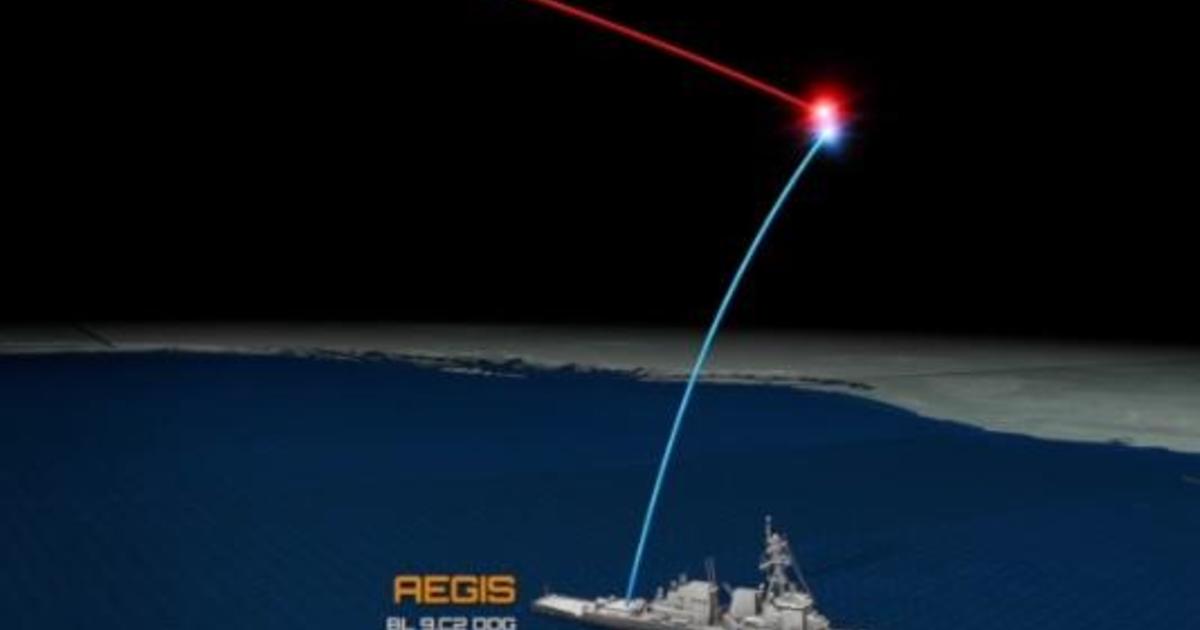 In a first for the Pentagon’s push to develop defenses against intercontinental-range ballistic missiles capable of striking the United States, a missile interceptor launched from a U.S. Navy ship at sea hit and destroyed a mock ICBM in flight on Tuesday, officials said.

Previous tests against ICBM targets had used interceptors launched from underground silos in the United States. If further, more challenging tests prove successful, the ship-based approach could add to the credibility and reliability of the Pentagon’s existing missile defense system.

The success of Tuesday’s test is likely to draw particular interest from North Korea, whose development of intercontinental-range ballistic missiles and nuclear weapons is the main reason the Pentagon has sought to accelerate its building of missile defense systems over the past decade.

North Korea has recently refrained from flight tests of ballistic missiles of intercontinental range and has not continued its nuclear testing. But the intentions of North Korean leader Kim Jong Un are uncertain as President-elect Joe Biden prepares to take office, succeeding President Donald Trump.

Although the current U.S. approach to missile defense is designed to protect the U.S. homeland against an ICBM fired from North Korea, both Russia and China have expressed concern that the U.S. could use its missile defenses to undercut the deterrent value of their nuclear forces, which are larger than those of North Korea.

Missile defense has long been a sticking point in U.S. arms control talks with Russia.

Navy Vice Adm. Jon Hill, director of the Pentagon’s Missile Defense Agency, which conducted Tuesday’s test, called the result “an incredible accomplishment and critical milestone” for the program. He said this ship-based approach, if augmented with more capable systems for detecting and tracking hostile missiles in flight, could provide “a hedge against unexpected developments in the missile threat.”

Hill did not mention any countries by name, but North Korea is the main U.S. concern.

In Tuesday’s test, the latest version of an Aegis SM-3 missile was fired from a U.S. Navy destroyer situated in the Pacific, northeast of Hawaii. Its target was a mock ICBM that had been launched from a U.S. test range at Kwajalein Atoll in the Marshall Islands. The target missile was not equipped with decoys or other sophisticated systems of the kind that a U.S. missile interceptor might face in a real attack on the U.S. homeland.

The test had been planned for last spring but was delayed because of restrictions related to the coronavirus pandemic.

« Taylor Swift says back catalog sold without her knowledge