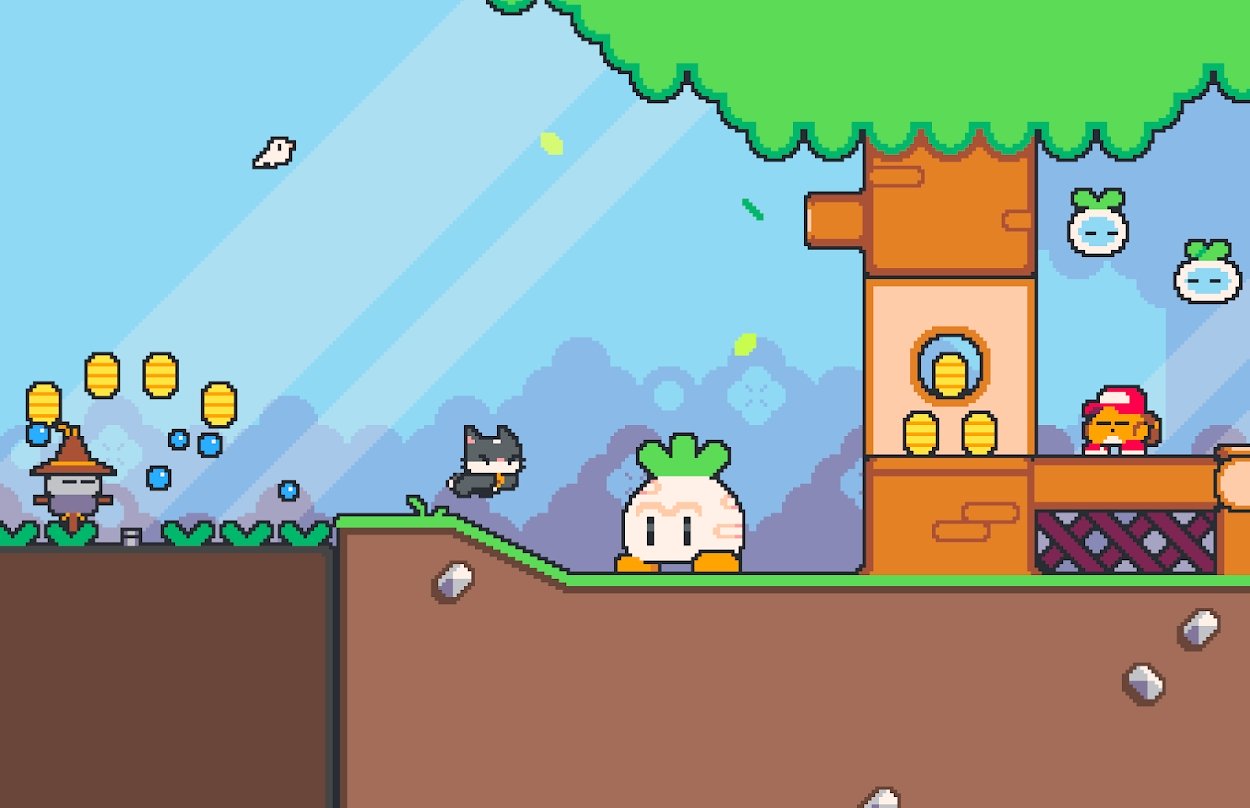 Indie development team Neutronized has announced a new pixel game that takes place within the Super Cat Tales universe. According to the developer’s tweet, the new game was based on a dream.

Not much information has been unveiled about the game yet, including the name. The developer has released the first of possibly many development blogs, discussing the game. The game was teased with a possible release on mobile and the Nintendo Switch, but nothing has been confirmed.

The trailer showed a sleeping cat inside of a bubble lying on a winding tower. The cat wakes up and begins to run up a spiraling slope where obstacles such as flowers, rocks, and rabbits await. The cat collects coins floating on platforms around the tower.

The game was inspired by a vivid dream Neutronized had, which is explained in the Dev Log. He had a dream where he was outside but gained the ability to fly from running and jumping. Neutronized wanted to bring the dream-like experience to life but use cats instead of a human form.

The Super Cat Tales series is a pixel art platformer. Players join Alex and his feline friends in various adventures to protect their homeland of Cat Land. The game was launched on mobile and was custom developed for touch controls.

Super Cat Tales 2 featured over 100 levels with unlockable cats, villages to explore, equipable items, and plenty of secrets to uncover. The mobile game also added some competitive features, such as an online leaderboard and achievements. The game is free to download and play but has ads and in-app purchases.

While the trailer only features Alex, the developer mentioned that there would be more cats to choose from. New feline friends will also join the fun.

Those looking forward to a new title in the Super Cat Tales series should note that the developer blog and teaser trailer is based on early footage. All or none of what is featured in the video may make it into the final game.

The developer states that those who want to follow the game can follow them on social media or on the official Discord server. The developer hopes to collect community feedback and suggestions to help bring the game to life.

The Super Cat Tales game based on a dream does not have a release window at this time and may launch on mobile and the Nintendo Switch.