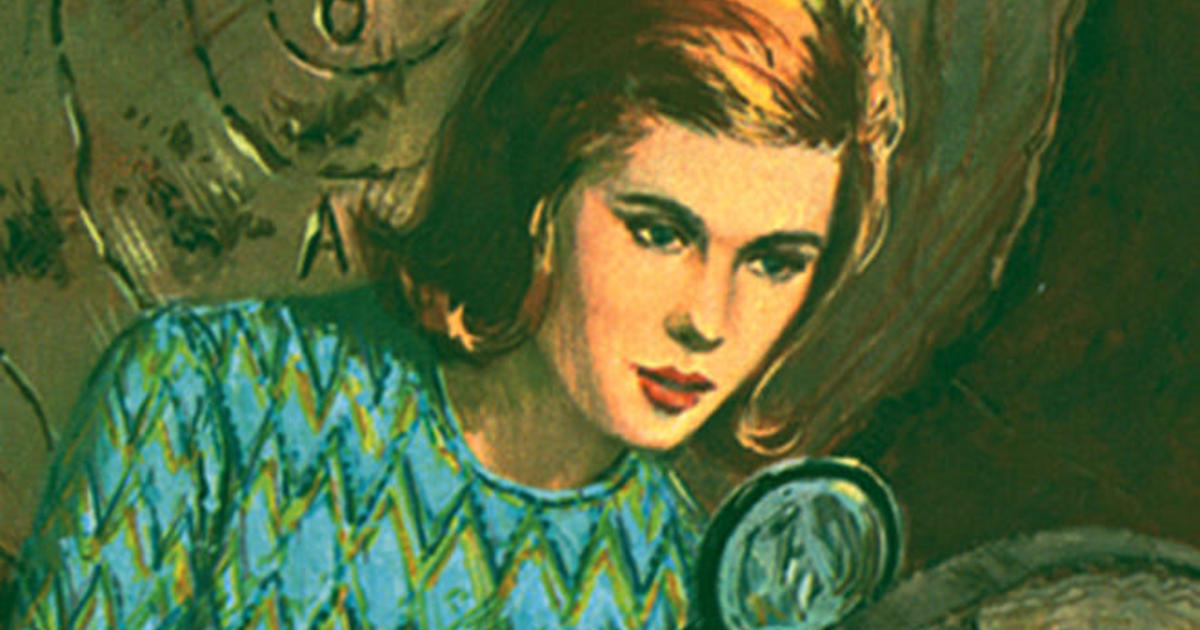 In the fall of 2019, a shrewd band of sleuths – fans of America’s most famous girl detective – descended upon Savannah, Georgia. There was a scavenger hunt (which made some ask “What would Nancy do?”), and a glamorous cocktail party attended by powerful women!

Cayla Whitley said, “She taught me kind of, you know, that it’s okay to, like, ask questions and be a strong woman. I think she was a really good role model for that.”

But to fans like Austin Stanley, “She’s almost like a cool aunt. Every time you pick up a book, she’s always doing something completely different.”

It’s no mystery why Nancy Drew still resonates almost a century after she was first published.

Nancy Drew debuted in print in 1930, and has appeared in hundreds of books since, selling more than 70 million copies worldwide.

“It just goes on and on and on,” Stanley said. “She’s knocked unconscious a lot. Locked in rooms. People try to kill her, essentially.”

But Nancy Drew will not die. And this year she celebrated her 90th birthday. Ninety years of twists and turns – 600 books’ worth, some published by Simon & Schuster (a ViacomCBS company), along with movies, videogames, and TV shows, like the one now airing on The CW (co-owned by ViacomCBS):

It’s no wonder that Kennedy McMann, who plays the new Nancy Drew, approached the role with trepidation: “It was very nerve-wracking,” she told correspondent Faith Salie. “I just have to trust whatever my instincts are. Because I know who this character is for myself, because I’ve grown up with her.”

Salie said to Jenn Fisher, the president of the face club Nancy Drew Sleuths, “I think about all the girls for the past 90 years, growing up, looking at these covers, and what they were inspired to become.”

“Yes,” said Fisher, “so many different women [are fans]; we have police detectives, we have lawyers, we have doctors.”

Fisher said Nancy has always been ahead of her time: “Very sophisticated for an 18-year-old, that was what was so appealing, I think, ’cause Nancy would often best the local police force and solve cases they couldn’t solve.”

The girl gumshoe breezed into print in 1930. She was the creation of children’s publishing magnate Edward Stratemeyer, who then – plot twist! – passed away days after the first book was published. So, who then, you might wonder, is Carolyn Keene?

A penname. Said Fisher, “There have been numerous ghostwriters, men and women, over the years that have written under that pseudonym.”

Fisher said there were ghostwriters, and then there was Mildred Benson: “Millie was a real-life Nancy Drew. She was 24 when she wrote the first Nancy Drew book.”

Benson wrote 23 of the first 30 books. “So, Mildred’s Nancy was very similar to Mildred, kind of out there in the world, a little more rough-and-tumble than later Nancy,” Fisher said.

The “Later Nancy”? That’s right, you just heard a clue that your great-grandmother’s Nancy was not the Nancy of the ’50s and ’60s and ’70s. That later Nancy Drew was the work of the daughter of Edward Stratemeyer, Harriet Adams, who treated Nancy like family. Adams, said Fisher, “was very protective of the character.”

She even had a list of things that her Nancy would never do – like drive above the speed limit.

Salie asked, “Could she kiss?”

So, it was something of a shock to longtime fans that the opening scene of The CW’s “Nancy Drew” began like this…

Today’s Nancy Drew is distinctly modern, but to McMann, her appeal is timeless: “There’s something about mystery and a really all-consuming story that a) is a really nice escape for people and is just pure entertainment, and that is a beautiful, wonderful, important thing especially in times when things are rocky in society for whatever reason.”

And so, it turns out that the “secret” of the 90-year-old Nancy is that Nancy never gets old.