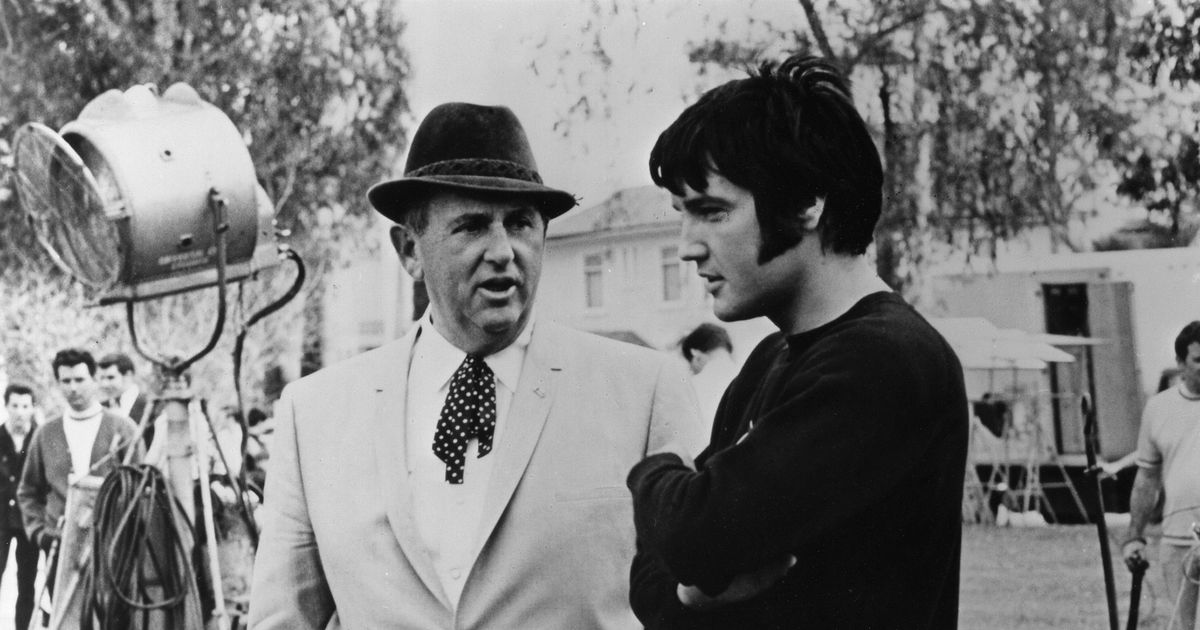 Rock ‘n’ Roll icon Elvis Presley was managed during the height of his career by Colonel Tom Parker, with the talent agent often debated over whether he was a scoundrel or a marketing genius 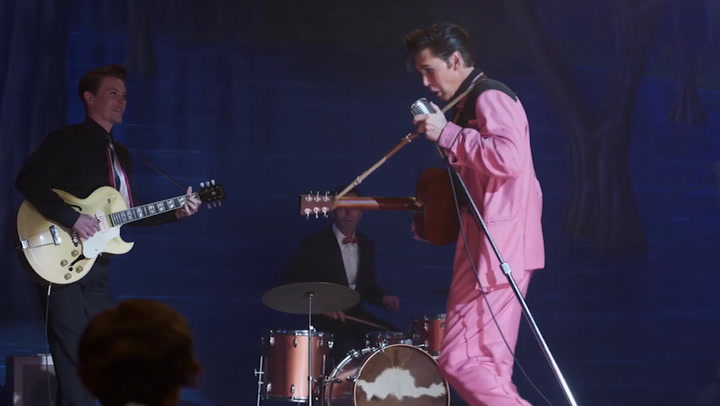 It was the summer of 1984 when Tony Stuchbury made the journey from Manchester to Elvis Presley ‘s birthplace in ­Tupelo, Mississippi. Finally the superfan was going to meet the man behind the legend.

Not the King of Rock ‘n’ Roll himself – he had died seven years earlier – but the svengali who managed his every hip-swivelling move: Colonel Tom Parker.

Then as now, history was unsure – was Kingmaker Parker a marketing genius? Or a scoundrel who worked his one and only client into an early grave?

Parker was “stamping” autographs when Tony managed to sneak through a cordon and get a photo of him.

“Walking away I heard him tell his security men, ‘Hey, close that gap! I don’t want that happening again!’,” recalls Tony, who went on to study the man for the next 30 years. “I got a sense of the shady genius that day. It fascinated me.”

For many, such encounters epitomise The Colonel. Years after Elvis’ death, he was still making a living off his talent.

Their co-dependent relationship is the cornerstone of Elvis, the new biopic by director Baz Luhrmann, which hits cinemas on Friday. Upcoming Austin Butler is in the title role, with Hollywood heavyweight Tom Hanks as Parker.

To some the puppet master’s story is even greater than that of his star.

“It was a very complicated relationship,” says biographer Alanna Nash. “At the very least, Parker saw himself as on equal par as his star. And he made more money from Elvis than Elvis did.”

Born Andreas van Kuijk in Breda, Holland, in June 1909, he was the seventh child of a delivery driver and housewife. In 1929, at 20, he arrived in the US as an illegal immigrant.

The day he disappeared, a newlywed woman was found bludgeoned to death in his town, in a robbery gone wrong.

There is no suggestion he was involved, but Alanna says: “Whatever happened that made him leave was of a very grave nature.”

The pair, pictured on a film set, worked together for years

In the US, he joined the circus as a pitchman, before serving in the US army for two years as Tom Parker. He was discharged when a psychiatrist certified him as a psychopath.

He returned to the carnival, then made the jump into music ­promotion.

It was only in 1948, after overseeing a campaign for singer Jimmie Davis to be governor of Louisiana, that he was given the honorary title “Colonel”.

Parker switched to talent management and in 1955 met a hot new 20-year-old with a voice to die for.

“Elvis was essentially a regional star, managed by Bob Nielson,” says Alanna. “I don’t believe he’d have become a true superstar without The Colonel, who had much greater influence.”

Parker also had the ­ruthlessness. He agreed to manage Elvis with singer Hank Snow but cut him out of the deal. After employing an agency to get Elvis on major TV shows, he was dismayed when their letters went unanswered.

So he went straight to show bosses and landed a game-changing slot on The Dorsey Brothers Stage Show. He told the agency: “If I waited for someone to call me with deals, I’d have to start selling candy apples again.”

Within a year, Elvis was in his first movie, Love Me Tender, named after his record-breaking single.

By now The Colonel was exerting his control over every decision. Parker had a 50/50 split with Elvis, instead of the usual 15% – and took extra from song publishing and souvenir deals.

When Elvis said he wanted to be a serious actor, The Colonel had other plans: Do what pays the best.

Alanna says: “Parker even had an office on every set, which he openly called the ‘Elvis Exploitation Office’.” Twice-married Parker decided only songwriters who agreed his publishing company could take a cut of royalties could submit tracks.

And he took a 56% stake in their joint merchandising company Boxcar.

Elvis was not oblivious to the power balance. From 60s onwards, he had become increasingly unhappy.

But his mother Gladys had died in 1958, leaving his father Vernon, who did not want to rock the boat.

“He pressed his son, ‘Do not screw this up with The Colonel,'” says Alanna, who calls it a Hillbilly mentality. “Elvis was a true artist, but one that did not know or did not want to know how to take care of business.”

Elvis is played by Austin Butler in the new biopic

It was in 1969, the year Elvis came across Suspicious Minds, that he stood up to Parker. Songwriter Mark James had refused to hand over a cut of royalties, so Parker refused to let Elvis record it.

Elvis rebelled. “From then, Elvis no longer waited for Parker-approved songs,” says Tony.

The closest Elvis came to parting ways was on September 3, 1973. World tours were not an option due to The Colonel’s immigration status.

Alanna says: “He tried to fire The Colonel, who responded by presenting a huge bill to Elvis, which he claimed was money owed. Vernon said, ‘I think we better make up with him’.”

By now Elvis was fighting a prescription drug dependency. Alanna concedes: “Elvis was a handful to manage in those last years.”

One of the final times Parker saw Elvis was in Louisville, Kentucky, on May 21, 1977. Hours before Elvis was due to go on stage, he had overdosed.

Elvis’ friend Larry Geller claims Parker screamed: “The only thing that matters is this man is on stage tonight.” Less than three months later, Elvis was dead.

“I do believe there was love there,” says Alanna. “Elvis could have fired the Colonel, but he never did. He kept Elvis’ star at the top of the heap.”

Tony agrees. He even claims the decision to do commercial films in the 60s protected Elvis from Beatlemania, saying: “He was a manipulative genius.”

Parker died from a stroke aged 87 in 1994, and Priscilla Presley gave the eulogy, joking about his savviness.

But it is perhaps Tom Hanks who best answers the big question, saying: “He’s both a scoundrel and genius”.

Alanna Nash is the author of four Elvis books, including The Colonel: The Extraordinary Story of Colonel Tom Parker and Elvis Presley (Simon & Schuster). Tony wrote the foreword.