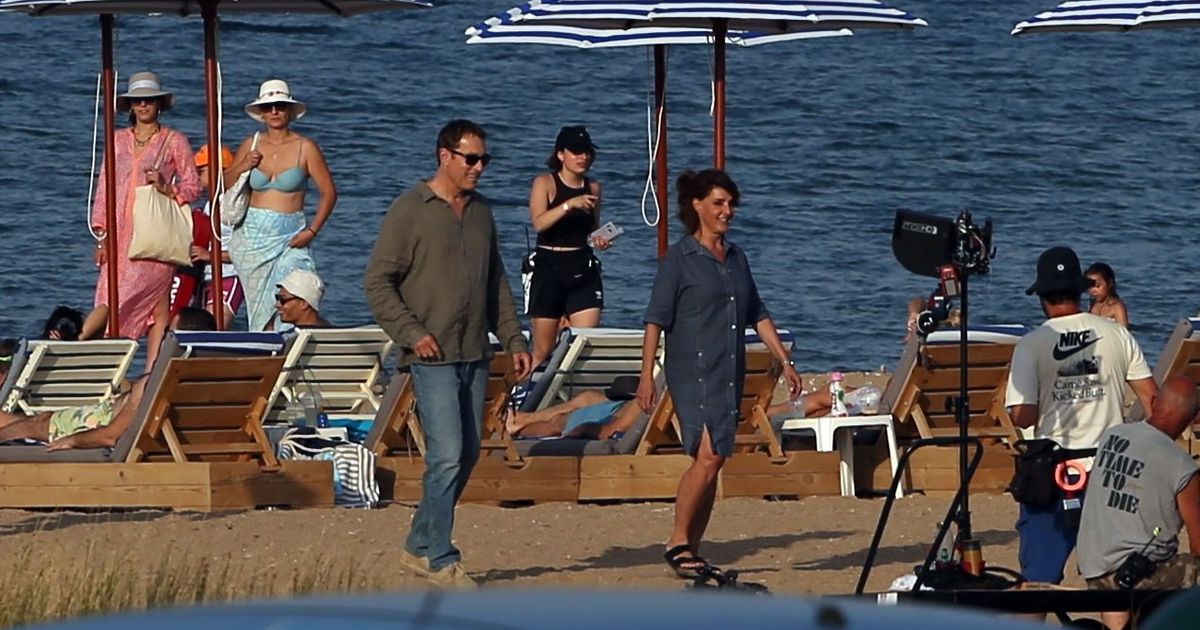 Nia Vardalos and John Corbett played on-screen husband and wife in My Big Fat Greek Wedding, a romantic comedy that came out in 2002 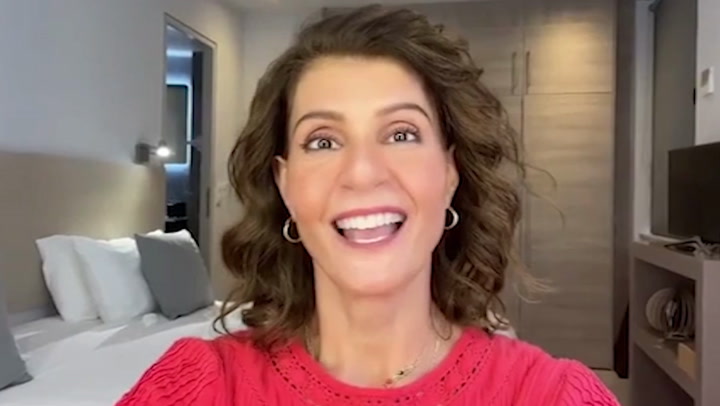 My Big Fat Greek Wedding stars Nia Vardalos and John Corbett have reunited to film the third movie from the comedy franchise.

The actors played on-screen husband and wife, Toula Portokalos and Ian Miller, in the original romantic comedy from 2002.

The second movie came out 14 years later, and now, the duo are filming My Big Fat Greek Wedding 3.

Nia and John were spotted filming scenes in Rafina, around 30 kilometres outside of Athens, Greece, this week.

They were walking along the beach while onlookers and crew stood around them.

Nia, who is also directing the movie, looked gorgeous in a denim T-shirt dress and black sandals and had her dark brown hair tied up loosely.

The two were pictured 30km outside of Athens

John walked alongside her and cut a casual figure in a greyish-brown button-up shirt and jeans.

In some snaps, an assistant followed the duo around with a black umbrella while another held onto a microphone.

Other stars in the movie include Gia Carides, who plays cousin Nikki, and Louis Mandylor, who plays Toula’s brother Nick Portokalos.

The pictures emerged not long after Nia announced that filming for the third instalment began.

“So, I have an announcement. We are in Greece filming My Big Fat Wedding 3 and thank you so much for the lovely messages of just waiting and everything,” she said in a video on her Instagram.

“They’re filming in the beautiful Plaka of Athens.”

She also excitedly revealed to her followers that she is directing the movie.

“Thank you to Playtone, Gold Circle, HBO and Focus! And much love and gratitude to you all for your support as we waited to film. Greece baby. Greece! #Mybigfatgreekwedding3,” Nia captioned the video.

Nia confirmed in October that the script for the third movie was completed and would involve, you guessed it, another Greek wedding.

The original movie came out in 2002

My Big Fat Greek Wedding received great reviews and was even nominated for the Academy Award for Best Original Screenplay.

It also became the highest-grossing romantic comedy of all time and even had a short-lived 2003 series called My Big Fat Greek Life.

The original was nominated for Critic’s Choice Awards, Golden Globes, an MTV Movie Award, two People’s Choice Awards (in which they won one), a SAG Award, and more.

The third movie will be dedicated to Michael Constantine, Nia’s on-screen father, who died in September 2021.