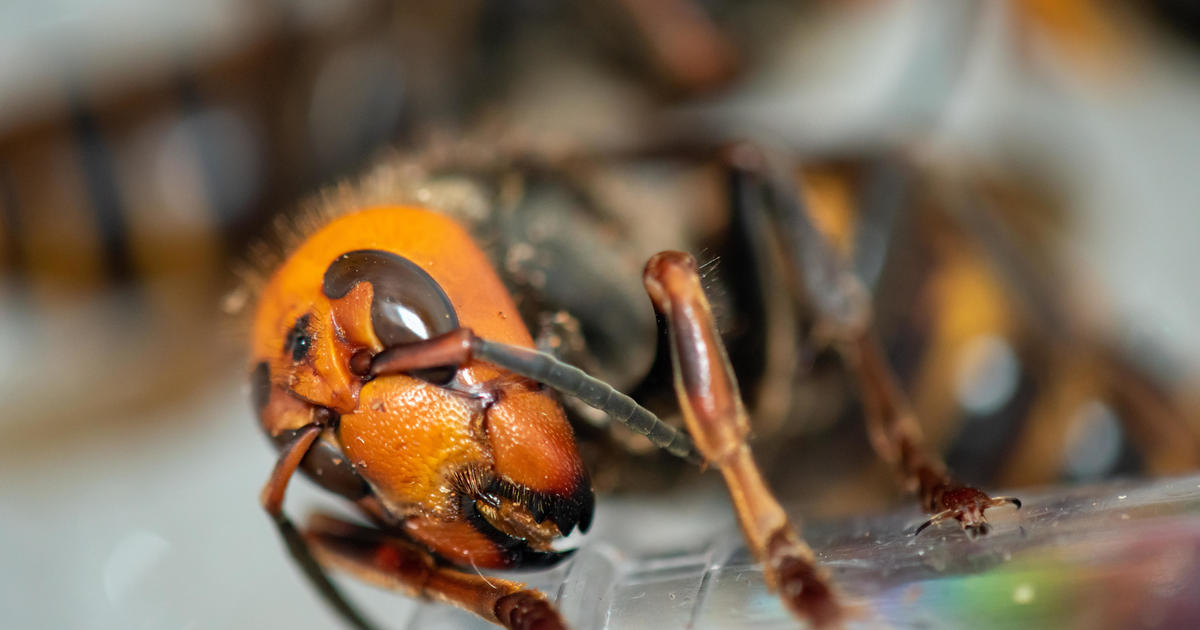 “Murder hornet” nest destroyed “in the nick of time”

When scientists in Washington state destroyed the first nest of so-called murder hornets found in the U.S., they discovered about 500 live specimens in various stages of development, officials said Tuesday. Among them were nearly 200 queens that had the potential to start their own nests, said Sven-Erik Spichiger, an entomologist leading the fight to kill the hornets.

“We got there just in the nick of time,” he said.

Still, that didn’t end the threat from the giant insects that can deliver painful though rarely deadly stings to people and wipe out entire hives of honey bees.

“Murder hornets” in America: What you need to know

Scientists think other nests already exist and say it’s impossible to know if any queens escaped before the first nest was destroyed.

The Asian giant hornet, Vespa mandarinia, is the world’s largest hornet species. They pose a serious threat to honeybee populations, especially in late summer and early fall. Murder hornets can decapitate thousands of bees and destroy hives in a matter of hours — known as their “slaughter phase” — which would also have a catastrophic effect on the crops that the bees pollinate.

Despite their nickname and the hype that has stirred fears in an already bleak year, the hornets kill at most a few dozen people a year in Asian countries, and experts say it’s probably far less. By comparison, hornets, wasps and bees typically found in the United States kill an average of 62 people a year, the Centers for Disease Control and Prevention has said.

The first murder hornets nest – found in a tree and destroyed in late October in Whatcom County along the Canadian border – was about the size of a basketball. It was located after state scientists trapped several hornets and attached radio trackers to some of them using dental floss.

190 total larvae that developed from eggs.108 pupae, the next stage after larvae. They were nearly all queens.112 workers, which included 85 workers previously vacuumed out of the nest.76 queens, nearly all of them new virgin queens. New queens emerge from the nest, mate and then leave to find a place to spend winter and later start a new colony.

Washington State Department of Agriculture (WSDA) officials recently posted a video showing captured queens crawling inside vials. Most of the specimens were still alive when the nest was opened, WSDA said, which plans to continue trapping the hornets for at least three more years to determine whether the area is free of them.

The first Asian giant hornet was found in the state a year ago and the first was trapped in July. Several more were later caught in Whatcom County. Murder hornets also have been found in British Columbia, Canada.

Spichiger said it is impossible to determine how the hornets got to the area, but the goal is to wipe them out before they get established and spread.