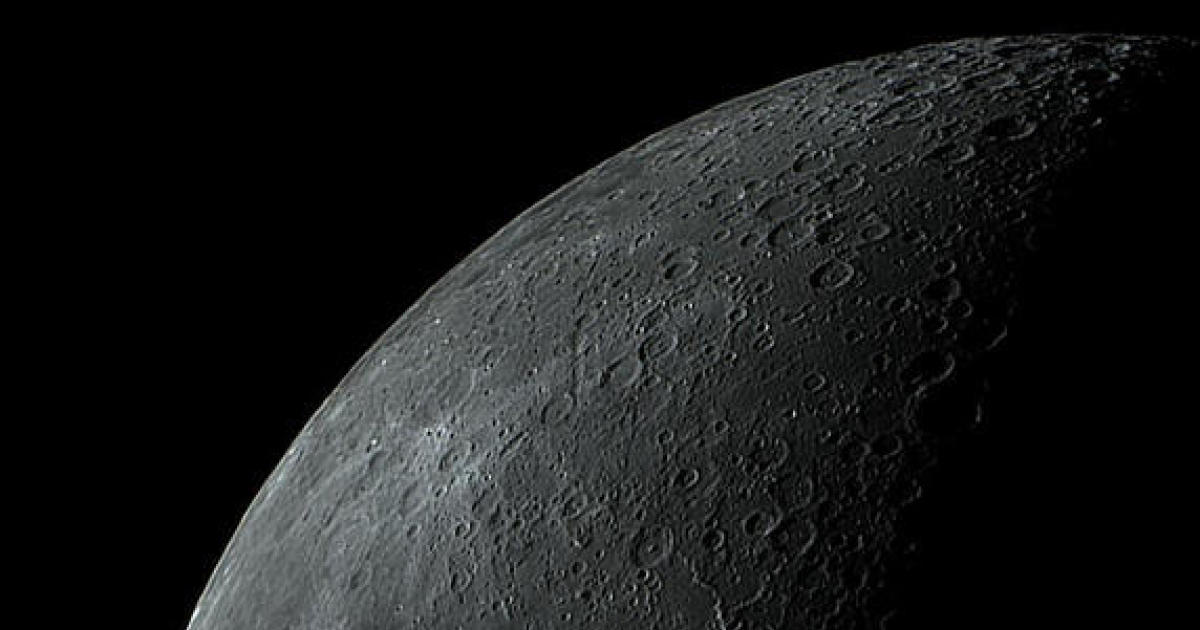 Moon may have a lot more water than once thought

U.S. troops link rare cancers, other illnesses to remote base

Fights erupt between pro-Trump caravan and protesters in NYC

Moon has a lot more water than once thought, studies show

Water molecules have been directly detected across sunlit regions of the moon for the first time, scientists announced Monday, indicating the precious resource may be more easily accessible to future astronauts than previously thought.

“Several studies have showed that water on the moon surface is in its permanently shadowed craters,” said Paul Hertz, director of astrophysics at NASA Headquarters. “Today, we are announcing that for the first time, water has been confirmed to be present on a sunlit surface of the moon.

“This is exciting, because the expectation is that any water present on a sunlit surface of the moon would not survive the lunar day. This discovery reveals that water might be distributed across the lunar surface and not limited to the cold, shadowed places near the lunar poles.”

While the amount of water detected by the airborne Stratospheric Observatory for Infrared Astronomy (SOFIA) is small — the Sahara desert is 100 times “wetter,” NASA said in a statement — the discovery will add impetus to the agency’s plans to launch rovers and astronauts to the moon under the agency’s Artemis program.

The program’s goal, in part, is to scout out the availability of ice in shadowed craters near the moon’s south pole to support a sustained human presence on the lunar surface before eventual flights to Mars. The first Artemis moon landing, carrying two astronauts to the south polar region, is targeted for 2024, budgets and political support permitting.

NEWS: We confirmed water on the sunlit surface of the Moon for the 1st time using @SOFIAtelescope. We don’t know yet if we can use it as a resource, but learning about water on the Moon is key for our #Artemis exploration plans. Join the media telecon at https://t.co/vOGoSHt74c pic.twitter.com/7p2QopMhod

Scientists have long believed ice is present in craters at the moon’s south pole where sunlight, coming in at very low angles, never reaches the deep interiors and permanent, ultra-low temperatures are the rule.

But those conclusions were based on spectral signatures indicating, but not directly confirming, the presence of water.

The new discovery, using SOFIA’s 100-inch telescope, detected a clear signature of water molecules at high lunar latitudes in abundances ranging from 100 to 400 parts per million.

A second paper in the journal Nature Astronomy concludes more than 15,000 square miles of the moon’s surface have the capacity to maintain deposits of water ice, presumably locked up in the lunar soil in so-called “cold traps.” The authors concluded small-scale deposits are hundreds to thousands of times more common than large reservoirs.

“We know that water exists in some of the darkest and coldest locations on the moon, inside craters that have never seen sunlight,” said said Jacob Bleacher, chief exploration scientist at NASA Headquarters. “Those cold and dark environments are difficult to reach, and they can be even harder to work in for long periods of time.

“So finding water that’s easier to reach is really important to us. This could involve finding easier-to-reach small craters that have the water, or, as these SOFIA results show, that we can find water outside of these craters. Understanding the state in which the water exists is quite important.”

The Stratospheric Observatory for Infrared Astronomy, or SOFIA, airborne observatory, a joint project by NASA and the German space agency DLR. The Boeing 747SP aircraft carries a stabilized telescope with a 100-inch primary mirror and a suite of instruments tuned for infrared observations while flying above the thick lower atmosphere.

Finding water on the moon is a major driver for the Artemis program to send astronauts back to the lunar surface as the first step toward establishing a sustained human presence and to learn more about Earth’s satellite while developing and testing the rockets, spacecraft and life support infrastructure needed for piloted flights to Mars.

The presence of ice would allow future astronauts to “live off the land,” in a sense, by mining ice deposits and using solar electric power to break it down into hydrogen and oxygen.

“Water is extremely critical for deep space exploration,” Bleacher said. “Water can be turned into oxygen for (astronauts) to breathe. It could be a fuel supply that they use later. But obviously, it can be water they can drink, or you could use it for other purposes.”

But it’s not yet know how the water molecules are formed or how deep or intermixed with the lunar soil they might be. The water may be trapped in glass beads that can form when micrometeorites carrying small amounts of water are heated during impact. The water also could be the result of chemical reactions triggered by the solar wind.

Regardless of the water’s source, it’s not yet known how difficult it might be to extract useable amounts from the moon or how NASA and its international partners might go about building the required infrastructure.

But simply knowing it is present outside of hard-to-reach permanently shadowed craters is a step forward.

“It’s hard to answer the question straight up, is this discovery going to provide us with enough water to do anything specific?” Bleacher said. “It’s part of a process in moving forward and understanding (water and water cycles) on the moon.

But he called it an “important discovery” because “now we know that water does exist outside of some of these places in these dark craters that are really hard to get into and really hard to operate in. So this might be an avenue for us to to get to water a little bit easier.”

Read More: Moon may have a lot more water than once thought

« Walmart sues U.S. over its responsibility in opioid crisis

Dunkin' Donuts in talks to be bought by Arby's owner »