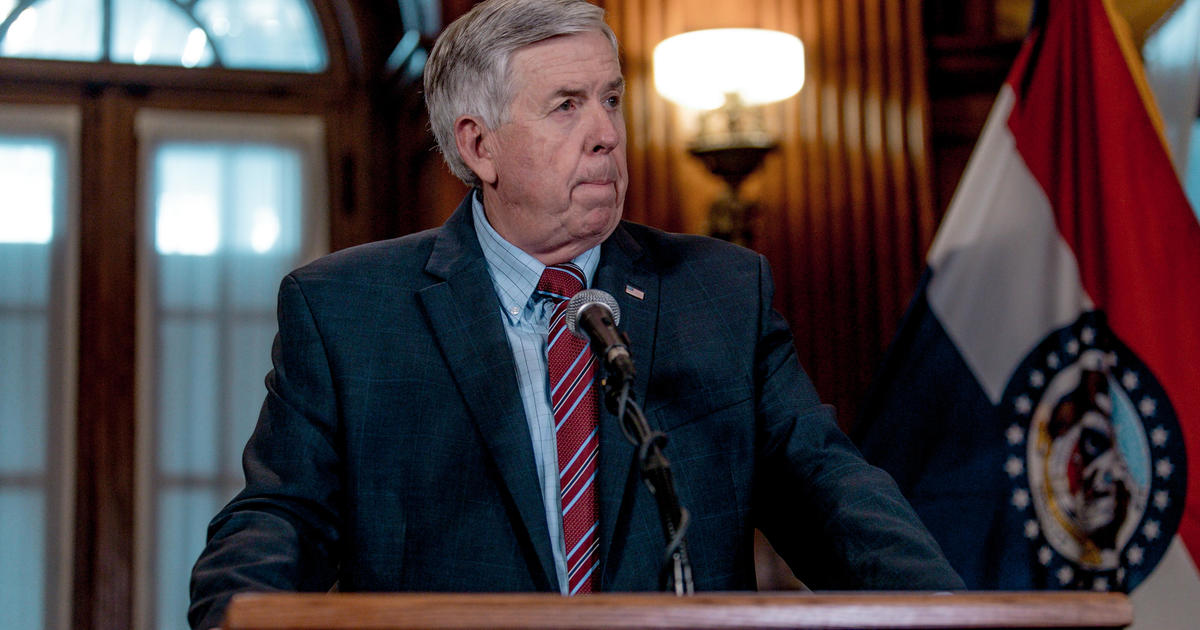 Missouri Governor Mike Parson and First Lady Teresa Parson have tested positive for the coronavirus, the governor’s office announced Wednesday. The Republican governor has not shown any symptoms and his wife’s symptoms are mild, the governor said.

All official and campaign events have been canceled, and the governor’s staff is also getting tested, the office said.

In a statement posted to Twitter, the 65-year-old Parson said, “I want everybody to know that myself and the first lady are both fine.”

Teresa and I wanted to share a quick update with you. pic.twitter.com/FrQzMYmA7F

Parson has encouraged his state to wear masks and social distance — but he has also opposed a mask mandate, according to CBS affiliate KMOV. More than 116,000 people have tested positive for the virus in the state and nearly 2,000 have died, according to the most recent data from the Missouri Department of Health and Senior Services.

The AP reported that the state broke its single-day death toll record on both Tuesday and Wednesday. When asked by the outlet on Wednesday if it was time for a statewide mandate, the state’s health director told AP that it should be decided by local officials.

Parson on Tuesday tweeted photos of himself and Teresa visiting a golf course near Branson, Missouri. The couple could be seen speaking with multiple individuals while wearing masks.

@FirstLadyTeresa and I had the chance to tour the new Payne’s Valley Golf Course, a partnership between Johnny Morris and Tiger Woods in honor of their late friend Payne Stewart. pic.twitter.com/ydYZ1IQE46

Parson also appeared at an event in Springfield on Friday, where he was photographed with Treasurer Scott Fitzpatrick, Lieutenant Governor Mike Kehoe, Secretary of State Jay Ashcroft and Attorney General Eric Schmitt, according to The Associated Press.

A spokesman for the attorney general told the AP that Schmitt had taken a rapid test that came back negative, and Lieutenant Governor Mike Kehoe’s office confirmed to CBS News that Kehoe tested negative for the virus.

Parson is one of the only governors in the U.S. who is known to have tested positive for the virus. Oklahoma Governor Kevin Stitt also tested positive, as did Ohio Governor Mike DeWine — but DeWine later said his result was a false positive.

« Twitch Streamer, Mizkif, Shaves His Head After Failing His Own Speedrun Challenge