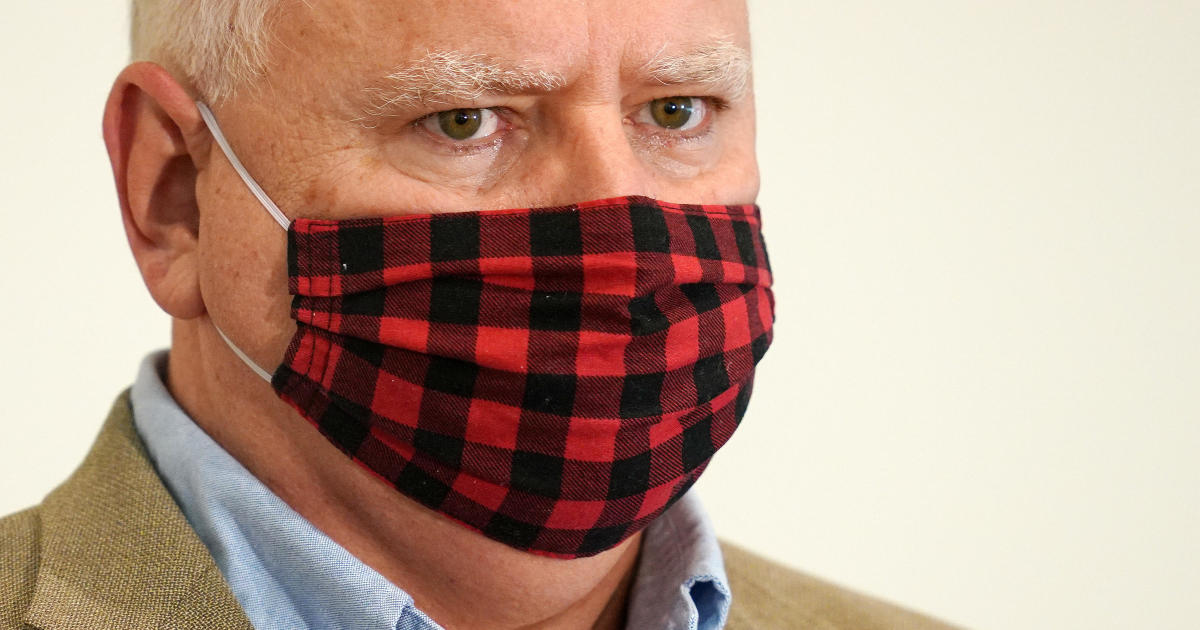 Minnesota Governor Tim Walz on Tuesday announced new restrictions in an attempt to help battle the spread of the coronavirus in the state. The restrictions, which target situations where young people congregate, place limits on gatherings including restaurants, funerals and wedding receptions.

“I have to be absolutely candid in Minnesota — we are in the midst of a significant surge in coronavirus cases,” Walz said.

Starting Friday, there will be a 10-person limit on indoor and outdoor private social gatherings that include a maximum of three households, Walz said. Receptions for events like funerals and weddings will be limited to 50 people as of November 27 and 25 as of December 11 and will be prohibited from occurring between 10 p.m. and 4 a.m.

Bars and restaurants will now be limited to 50% capacity both indoors and outdoors, with a maximum of 150 people. Dine-in service will end at 10 p.m., although delivery after that time can continue.

Walz explained his decision by noting that young adults aged 20-34 have a “disproportionate” share of the state’s cases, and that social interactions have led to the majority of the state’s new infections. Walz said 71% of the state’s spreading cases are happening in social settings, and noted that contract tracers found that the state’s infection rate doubles after 9 p.m.

But Walz emphasized that “this is not pointing fingers” at young people, adding that they have been “incredibly proactive” in stemming the virus’ spread.

Walz urged residents to always wear masks and social distance even when following the new guidelines. “You have control over where this thing goes,” he said.

The Minnesota Department of Health reported 3,930 new COVID-19 cases on Monday, lower than the single-day record of 5,924 that was set just a day earlier. The update lifted the total number of cases in Minnesota to 184,788 since the start of the pandemic.

Minnesota Department of Health data shows outbreaks in restaurants and bars were up dramatically in October and the first five days in November. Sixty-five outbreaks were traced to bars and restaurants, compared to 30 outbreaks in all of August and September.

Since June 10, when indoor dining resumed in Minnesota, the health department said there were 117 outbreaks at bars and restaurants, with at least 2,400 confirmed cases connected to those outbreaks. That’s just under 2% of all cases since then.

Walz announced he will be convening a special session of the Minnesota Legislature on Thursday where he intends to extend the state’s COVID-19 peacetime emergency by another 30 days.

Walz and Lieutenant Governor Peggy Flanagan said Monday that the state is adding more than a dozen free COVID-19 testing sites around the state over the next two weeks. Testing at the sites will be free and available to anyone, whether symptomatic or not.