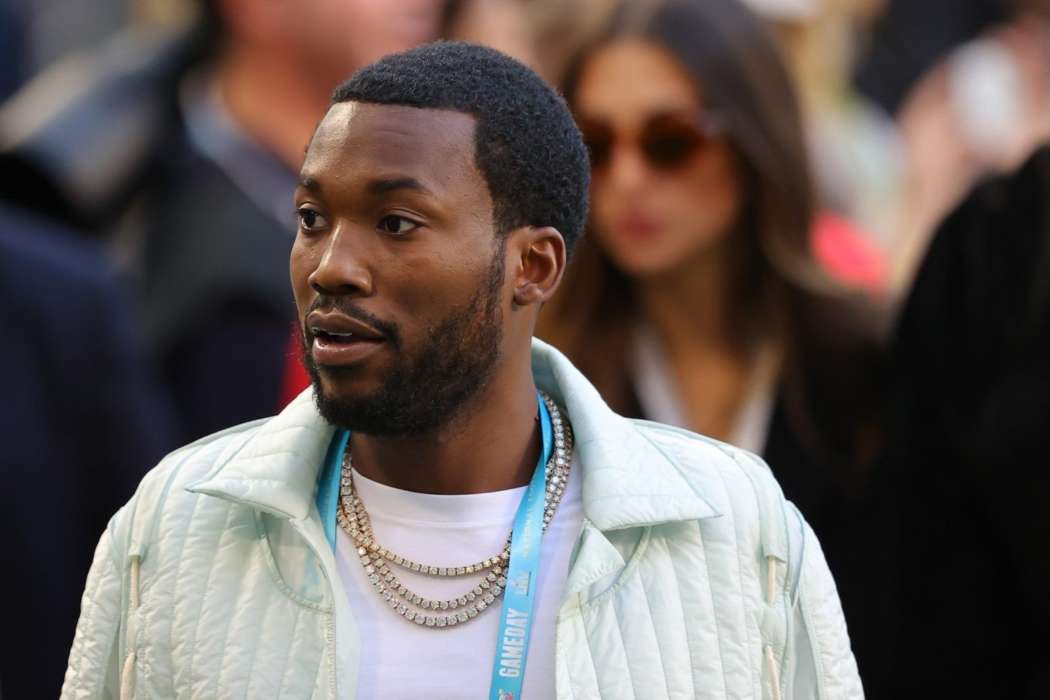 It was revealed this week that Milan Harris and Meek Mill broke up following the news of her giving birth to their child together. Hot New Hip Hop says Milan shared a post on her account this week in which she appeared to toss shade Meek Mill‘s way.

The outlet says even though Milan Harris just had a baby with the rapper, she appears to be more concerned with getting herself back into shape. On her account, Harris wrote that she wasn’t going to worry about her breakup.

She wrote in her caption, “do squats and make’em wish he still had that a**.” Regarding her post-baby weight loss, Harris says she woke up in the morning and weighed herself at 178.4 pounds. Thus far, she has managed to lose 20 pounds.

Don’t cry over breakups, do squats and make em wish he still had that ass lol j/k but I’m so excited I got on the scale today and it read 178.4. This is my 10th day working out and I feel great. I’m not pressuring myself to get back either. I’m just enjoying the process, I carried a beautiful human for 9 months so im giving myself 9 months to get back but the way it’s looking I may get back way sooner 🏋️‍♀️ 💕 @mamanaireclub @womanaireclub . . Hat @milanodirouge (coming 2 weeks) Mask @milanodirouge Jacket @milanodirouge Ps: I was about 204 lbs when I went into labor so this is a big accomplishment for me. I was 160 before my pregnancy.

Fans of the rapper know Meek Mill has been busy on social media as well, however, he hasn’t commented on his most recent dilemma. Meek Mill was just one of the performing artists who became a vocal critic of Tekashi 6ix9ine after he was released from prison to home confinement.

The rapper, like many others, accused 6ix9ine of being a snitch without integrity – a scorn on the rest of the hip-hop and black community. His hatred directed toward Tekashi 6ix9ine didn’t come without consequences, however.

Tekashi 6ix9ine and DJ Akademiks have been taking to Instagram live together to trash Meek Mill, accusing him of being a hypocrite among other transgressions. This was a point that even 50 Cent, the notorious Instagram troll, alluded to during his appearence on Lil Wayne’s podcast.

50 Cent asked how Meek Mill could possibly be about prison reform when he has associated with people who have worked inside the prison system. Fans of Meek Mill know he has been fighting for criminal justice reform ever since he was released from the penitentiary.

Regardless of whatever moral inconsistencies, Meek Mill has had a rough past few years. He served time in prison, became an advocate for criminal justice reform, had a baby, broke up with his girlfriend, and came under fire by his contemporaries in the hip-hop scene.