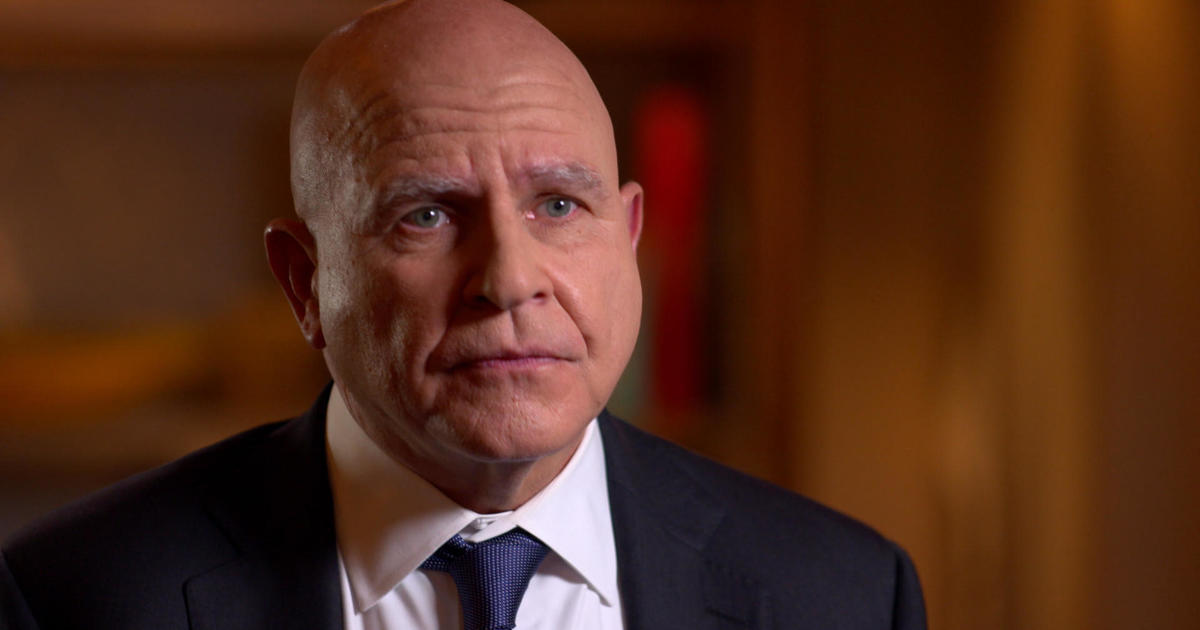 Withdrawing troops from Afghanistan and partnering with the Taliban has made the United States less safe, says H.R. McMaster, President Trump’s former national security adviser. The retired lieutenant general speaks to Scott Pelley in his first interview about his new book on the 53rd Season Premiere of 60 Minutes, Sunday, September 20 at 7:30 p.m. ET and 7 p.m. PT on CBS. McMaster calls the drawdown of U.S. troops in Afghanistan a big mistake and writes in the book, “Battlegrounds,” that the region is a hotbed of terrorism. “Terrorist organizations who pose a threat to us are stronger now than they were on September 10, 2001. Those who perpetrated the mass murder attacks of 9/11 were the mujahideen-era alumni of the resistance to Soviet occupation in Afghanistan,” he tells Pelley. “Today, we are facing an Al-Qaeda and an ISIS alumni that is orders of magnitude greater than that mujahideen-era alumni ever was. And they also have access to much more destructive capabilities,” says McMaster. McMaster says the president partnered with the Taliban ahead of this month’s peace talks in Doha. “I think what [President Trump] did with this new policy, is he, in effect, is partnering with the Taliban against, in many ways, the Afghan government. And so, I think that it’s an unwise policy. And I think what we require in Afghanistan is a sustained commitment to help the Afghan government,” says McMaster. McMaster tells Pelley the U.S. is more vulnerable in the eyes of its adversaries. COVID-19, the recession and racial divisions have made the U.S. weaker. China, Russia and others are now exploiting those weaknesses.