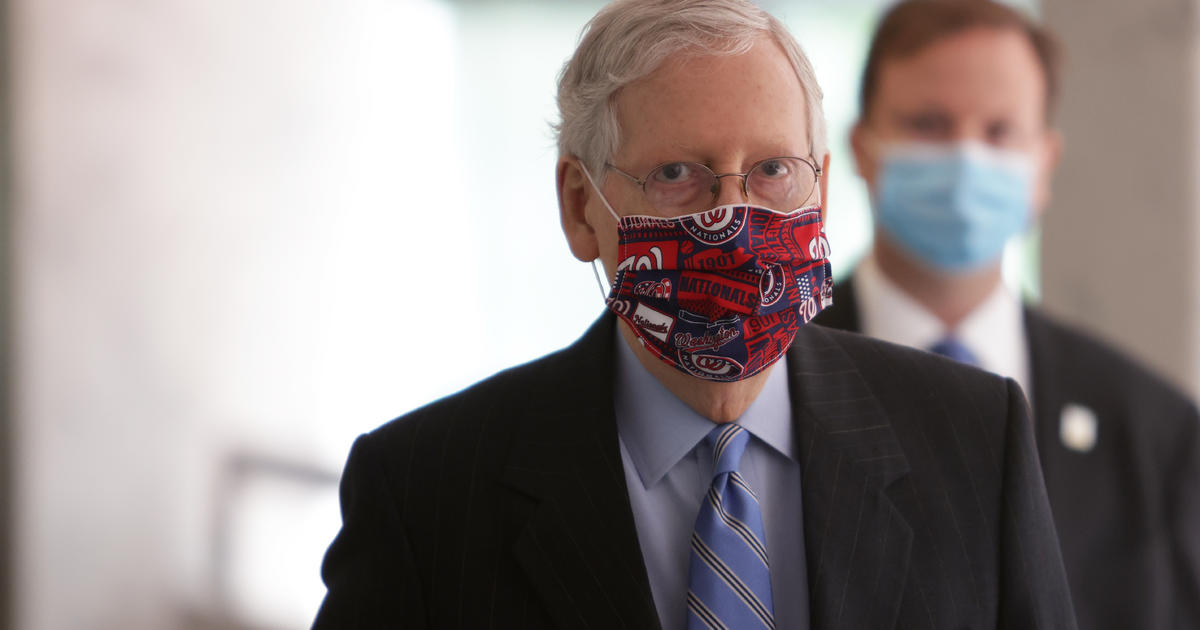 Washington — Senate Majority Leader Mitch McConnell announced the Senate will vote on a “targeted” coronavirus relief package this week as negotiations between Democrats and the White House over a larger measure remain stalled.

“Today, the Senate Republican majority is introducing a new targeted proposal, focused on some of the very most urgent healthcare, education, and economic issues. It does not contain every idea our party likes. I am confident Democrats will feel the same,” McConnell said in a statement on Tuesday morning. “Yet Republicans believe the many serious differences between our two parties should not stand in the way of agreeing where we can agree and making law that helps our nation.”

The bill is expected to carry a price tag of around $500 billion, and Senate leadership is still scrambling to get support from all of GOP members. Sixty votes would be needed to advance the legislation, meaning that even if all 53 Senate Republicans supported the bill, it would still be unlikely to move forward, since Democrats appear united in opposition.

Congress remains at an impasse in negotiations for coronavirus relief, with Democrats and Republicans disagreeing over the cost and scope of additional legislation. House Democrats passed a $3 trillion bill in May, but McConnell has refused to bring the legislation to the Senate floor, questioning its cost and the inclusion of provisions such as election assistance for states.

McConnell last week expressed doubt that Congress would reach a deal on a major relief package before the election.

“I don’t know if there will be another package in the next few weeks or not,” McConnell told reporters in Kentucky. “The cooperative spirit we had in March and April has dissipated as we’ve moved closer and closer to the election.”

Meanwhile, Congress has just weeks to fund the government ahead of a September 30 deadline. Treasury Secretary Steven Mnuchin and House Speaker Nancy Pelosi have informally agreed to pass a “clean” continuing resolution, or CR, to extend funding, meaning that it would not include any controversial provisions and would be separate from discussions of additional COVID relief.

“The good news is, the speaker and I have agreed that neither one of us want a government shutdown. I have spoken to the president and to Mitch and Kevin about this as well, so we’re going to move forward with a clean CR,” Mnuchin told reporters on Sunday, referring to McConnell and House Minority Leader Kevin McCarthy.

It remains unclear what the continuing resolution will look like, particularly since any agreement would need the support of House Democrats. The House returns to Washington on September 14.

« Brené Brown on the 10th anniversary of "The Gifts of Imperfection"