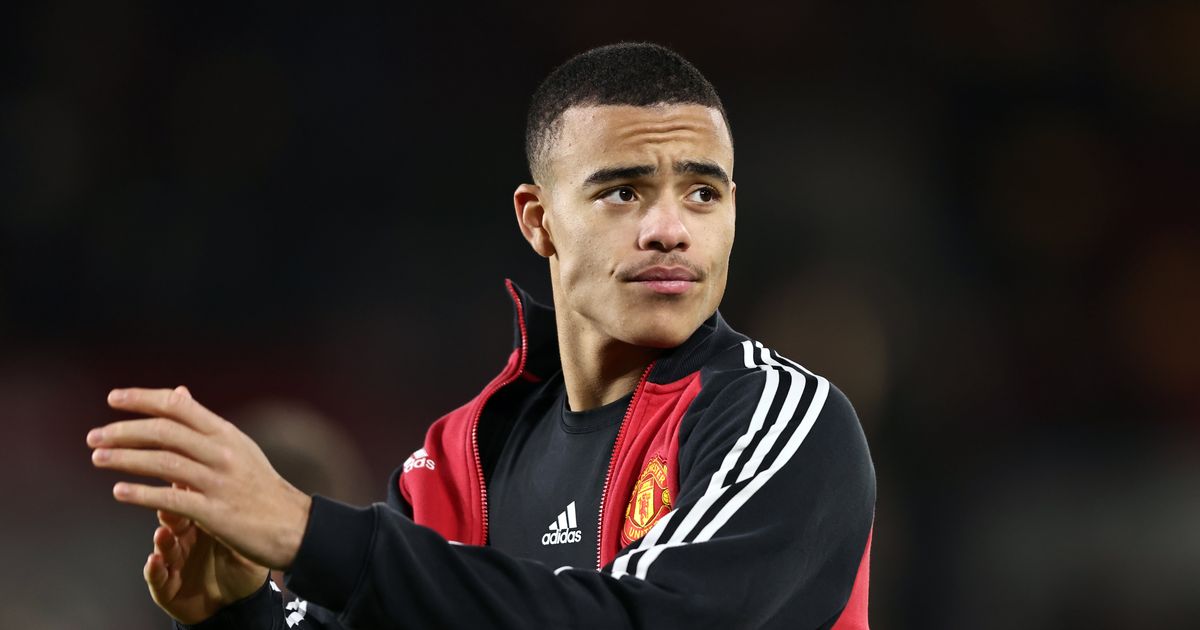 Six months on from his arrest on suspicion of rape and threats to kill, Mason Greenwood remains on bail and police are yet to formally charge while Manchester United continue to pay the suspended forward £75,000-a-week 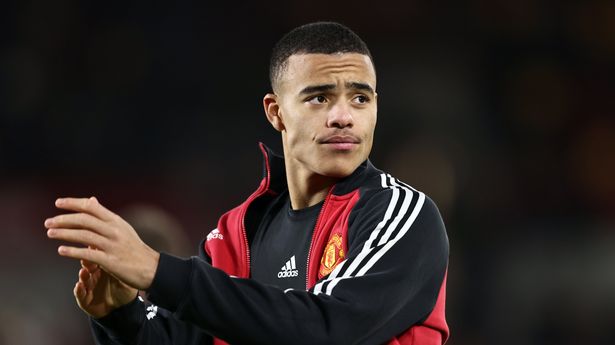 It is a couple of hours before Manchester United’s final pre-season friendly and all is quiet on this patch of prime real estate roughly eight miles south of Old Trafford.

Clouds have parted enough for locals to open the soft tops of their BMWs and Audis, one of the latter swooping around the corner as a giant rat scurries across the road.

About halfway up a sloping road where motorists are asked to slow, on the left as you travel north, is a red-brick house with a slanted black slate roof.

This is Mason Greenwood’s home, where the offences he is accused of were allegedly committed in late January.

On the left of a gate flanked by tall bushes there is a sign warning of dogs running free. There is the logo of a high-end security company that seems to have monopolised protection in the area and cameras are visible on the walls.

The blinds are down and although a Mercedes is parked outside – vacant but with the windows down – it is impossible to tell if anyone’s home.

But neighbours who are aware of this particular house’s high-profile resident are reluctant to speak. One, asking not to be identified, suggests he is seldom seen; a man walking his dog further along the street is oblivious to the habitant.

He has been rarely seen since the arrest and such has been his determination to keep a low-profile he was pictured wearing a balaclava while driving in April.

Mason Greenwood remains on bail more than six months since his arrest.

Greenwood, the 20-year-old who not so long ago was framed as having the potential to be one of the world’s best players, remains on bail.

It has been extended at least twice following his initial arrest on suspicion of rape and assault of a woman, and a subsequent arrest for sexual assault and threatening to kill the same alleged victim. He appeared in court on June 23, where bail was extended again.

Legal restrictions place limits on what can be reported until he is formally charged, brought to trial or released.

The situation is in a holding pattern that is of benefit to no one. Greater Manchester Police have not commented on recent queries and a spokesperson said the force has recently stopped providing updates to bail extensions in relation to other cases in similar circumstances.

Replica shirts with the names of players past and present are everywhere but there are no Greenwood shirts on display. Inside the Megastore fans converging for the warm-up versus Rayo Vallecano will not find merchandise with his face or name and when the club released their new kit last month, fans could not purchase the No11 online.

There is one trace of him being a United player still visible to the public. Greenwood’s profile – “an exciting striker who has been well ahead of schedule in terms of his progress” – continues to appear on the club website.

United remain in that holding pattern, too, waiting for an update from police. But they are contractually obliged to continue paying Greenwood his £75,000 weekly wage and his deal runs to the summer of 2025.

Not so much Nike, who terminated their endorsement deal a couple of days after his arrest, while EA Sports removed Greenwood from their FIFA games.

Sunday’s friendly is notable for Cristiano Ronaldo returning for 45 minutes and heading home early, though entering a season in which a lot of ground must be made up many United fans are questioning where the goals will come from. Only Ronaldo, who wants to leave the club, and Bruno Fernandes reached double figures in 21/22 with Greenwood next on six despite being sidelined for close to half the campaign.

His status has had a direct impact on the club’s recruitment plans and hopes of returning to the Premier League ’s top four. “We need two more strikers,” said last season’s interim manager Ralf Rangnick in May. None have arrived with less than a month left in the transfer window and now Ronaldo could depart.

Football is distantly secondary in this story – but history dictates that the sport does not function on the same plain as other industries and its approach to dealing with players suspected or accused of serious crimes is inconsistent.

Across town Benjamin Mendy briefly played for Manchester City when the club were aware of rape allegations but suspended him when he was formally charged at the beginning of last season. The Frenchman goes on trial next week accused of eight counts of rape, one account of sexual assault and one attempted rape.

Another Premier League club continues to play a star who is on bail after last month being arrested following rape allegations made by two different women. “There have been no charges laid,” the club said, “and the player can fulfil his professional commitments.”

Greenwood does not turn 21 until October. This investigation may drag on and, irrespective of an outcome that could be years away should it end up being trialled, his reputation will forever be impacted. United will continue without him, waiting for the law to take its course.

His time as a Premier League footballer may not be over but until the police charge or release him from investigation, he will maintain his low-profile, the residents of his Cheshire village largely unaware of his presence.