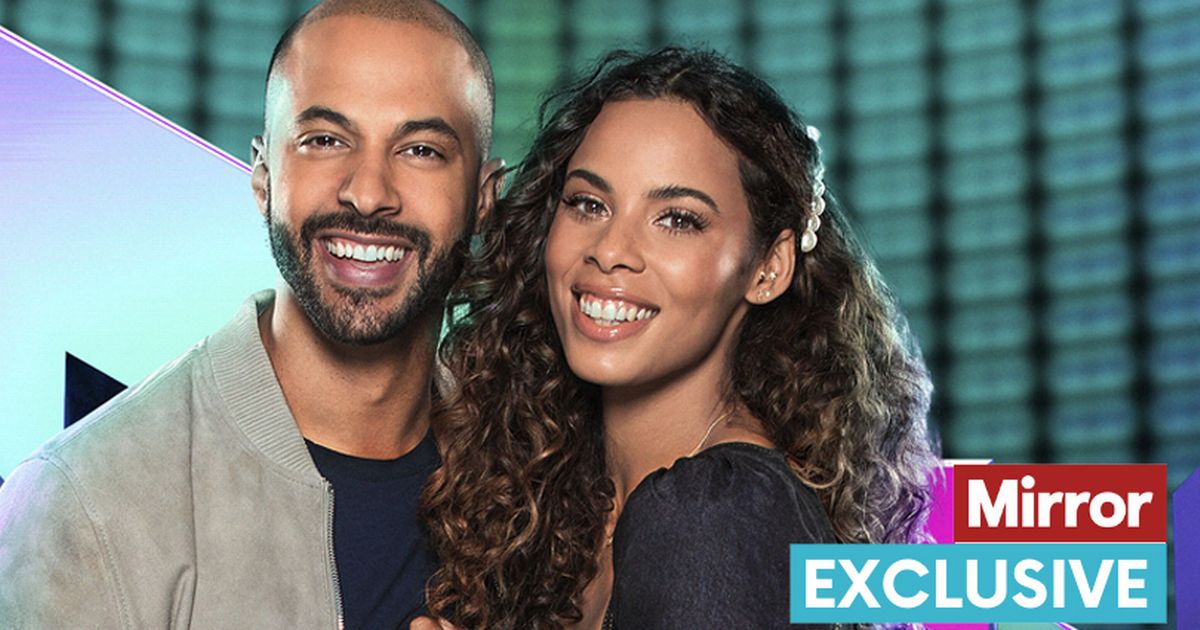 Marvin Humes gushed over working with wife of 10 years Rochelle, saying nothing can come close to the natural chemistry of working alongside your partner 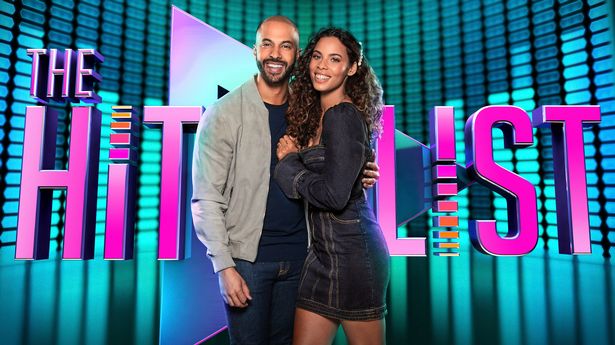 Marvin Humes has heaped the praise on his wife and “soulmate” Rochelle Humes as the pair get ready to return to our screens on The Hit List later this year.

The musical duo tied the knot almost a decade ago and have been dubbed a “power couple” as they continue to go from strength to strength.

They have recently recorded the latest series of the popular gameshow and the JLS man admits the whole experience is made so much better by being able to share it with his wife.

Speaking exclusively to Mirror Online, 37-year-old Marvin said: “Because we know each other so well, there’s no wall between us; there’s no wall of polite professionalism.

“If she doesn’t want to do something, like say a certain line or whatever, she’ll just elbow me in the ribs and I have to do it.

“You know, we don’t even have to say any words and we know what each other are thinking. And obviously with a show like that – we’ve done five series now – we feel so comfortable with each other and look, she’s my best friend.”

He continued: “I’ve been lucky enough to work with some very successful and amazing presenters over the years, but nothing beats working with your other half because, you know, you know each other so well, and it’s that natural chemistry.

“You obviously have chemistry with other people, but it’s not gonna be as natural as it is with your partner, you know?”

However, he admits one place he doesn’t see himself returning is the This Morning settee alongside the former The Saturdays singer.

“She does a great job,” he gushed. “That is definitely her home. It was quite a while ago we did the shows together, but I feel like it’s definitely Rochelle’s home.”

He also ruled himself out of potentially fronting the Eurovision Song Contest should the UK be tasked with hosting the event as bosses stand firm that winners Ukraine cannot host next year’s competition.

Rochelle and Marvin have been married for 10 years

Despite presenting Eurovision: You Decide in 2019, he doesn’t feel as though he is qualified enough to take on the main show and thinks a super fan like Rylan would be “a long way ahead of me”.

Instead, he’s focusing on releasing new music and revealed he’s got big plans for a DJ/producer project in the next few months.

“I’m excited about that coming out soon,” he added. “I’ve just literally put to bed a very exciting record I’ll be releasing in the next two months.

“It’s with a vocalist and samples quite a big r&b tune from back in the day, so I’m excited about that.”

And when questioned on whether we can expect any new sounds from JLS, he admitted he hadn’t expected such a reaction to their reunion last year.

“Obviously the JLS boys and I did our thing last year and that was amazing. The reaction was incredible.

“We’d never anticipated that reaction. It literally blew us away. So you know, who knows what the future holds where JLS are concerned. Right now I’m focusing on my own stuff.”

Marvin was talking as part of his link up with HelloFresh in which he joined JLS bandmate Aston Merrygold in the kitchen to cook up a selection of tasty dishes.

Marvin Humes and Aston Merrygold teamed up together for HelloFresh

Speaking of his experience filming the short series, he said it was great to have a laugh and “remember the days we lived together”.

He revealed that while he likes to cook, the product allows you to make tasty dishes in a simple way, meaning he won’t put his chef dad’s “name to shame”.

Dad-of-three Marvin continued to say that meal times in the Humes household are a great way to “switch off” and he confessed that technology is banned from the family’s dinner table.

“They’re [meal times] the one time we sit together, phones away, iPads away, no technology. We’re strict on that.

“It’s that quality family time that’s really important. It’s so important for us as a family that we do switch off from technology and the world and just dedicate a small amount of our day to each other.”

Read More: Marvin Humes praises ‘soulmate’ Rochelle and says ‘nothing beats working with other half’