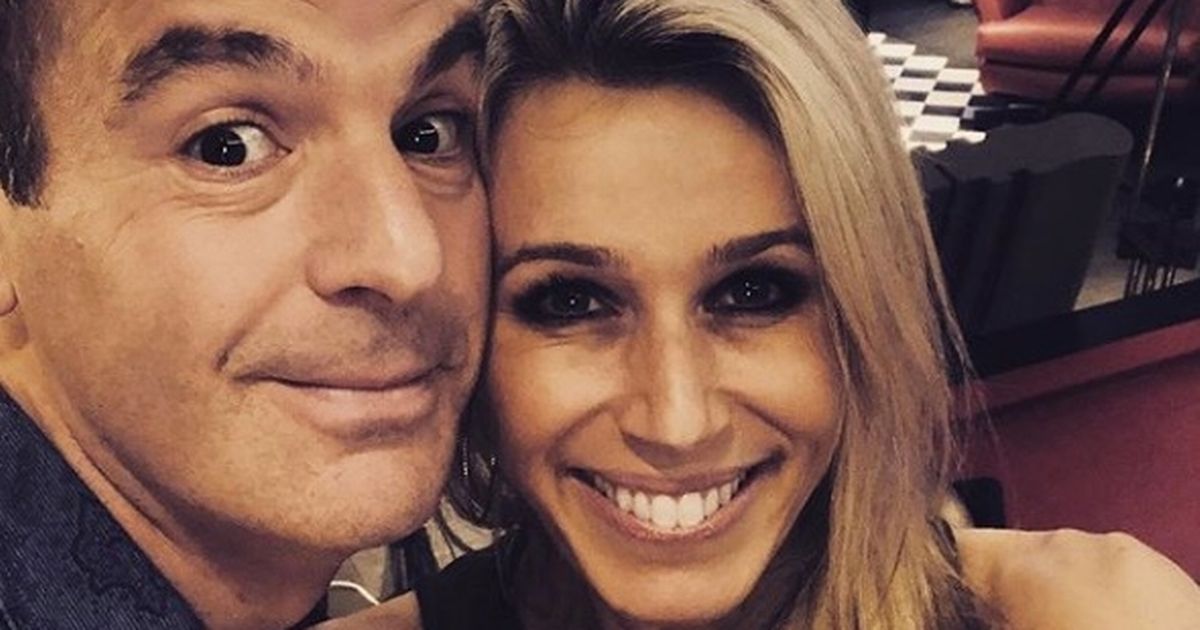 Martin Lewis’ BBC presenter wife Lara expressed her terror after she was mugged.

The broadcast star, 41, was left feeling fearful when a motorcyclist swerved at speed before snatching her smartphone from her hand.

Lara was “gutted” to lose so many family photos but she was relieved she was not hurt and her daughter wasn’t there to witness the horror on Tuesday night.

Initially the mother told her 10,600 followers how she thought a motorcyclist accident was unfolding before her eyes.

It was only when her phone was missing she realised she was a mugging victim. 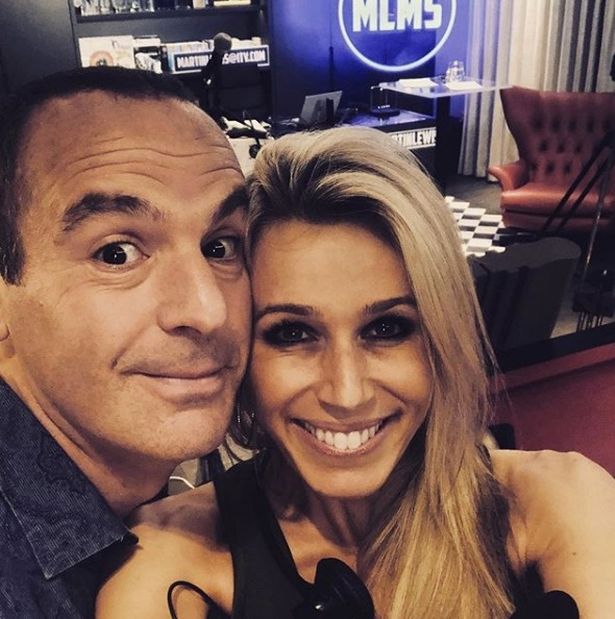 She wrote: “Smashed after motorbike snatch and grab theft, but not so smashing it seems – I got it back.

“Last night whilst out walking, a motorcycle swerved at speed, and the pillion rider grabbed my phone out of my hand. As I felt someone behind me, for a split second I’d thought it was an accident happening and hoped the person was okay, then by the time I could turn around my phone was gone – with terrifying pace and accuracy.

“So focussed on mask and hand sanitising these days, I guess I’d forgotten to be so vigilant about this. Obviously I was immediately grateful not to be hurt, and that my daughter wasn’t there to witness it – just a bit gutted I’d lost so many photos after a series of inexplicable backup fails.” 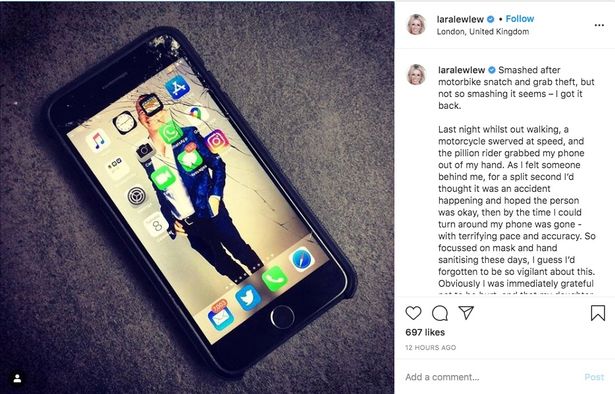 Miraculously, the phone was picked up by kind cyclist Sam, who found it moments after thieves dumped it.

Sam returned the phone to its rightful owner and her husband in a busy setting in the hours following the chilling mugging. 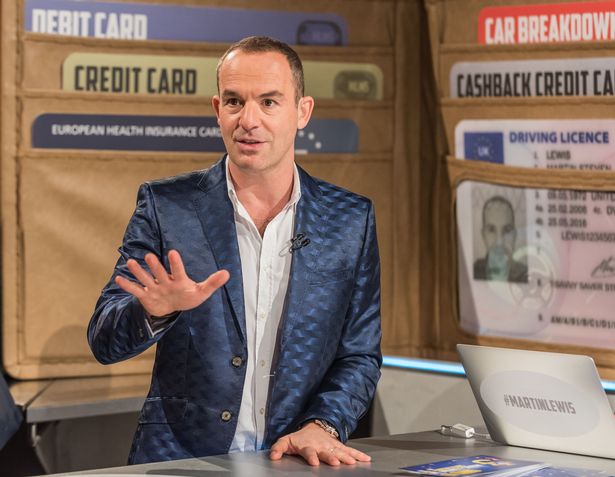 While the screen was shattered, Lara was pleased to be reunited with her phone as it has her family photos on it.

She elaborated: “After my husband called the police (whilst I mentally figured out the frustrating and time consuming admin I’d need to do), shockingly via a call ‘home’ he got a message from a kind cyclist who had found the phone minutes later (thieves had dumped it) – and despite how damaged it was, and the coronavirus risk, had picked it up and tried to find its owner. “Despite some initial weariness, we explained, to his shock, what had happened and asked if he’d meet us in a busy place. He was happy to.