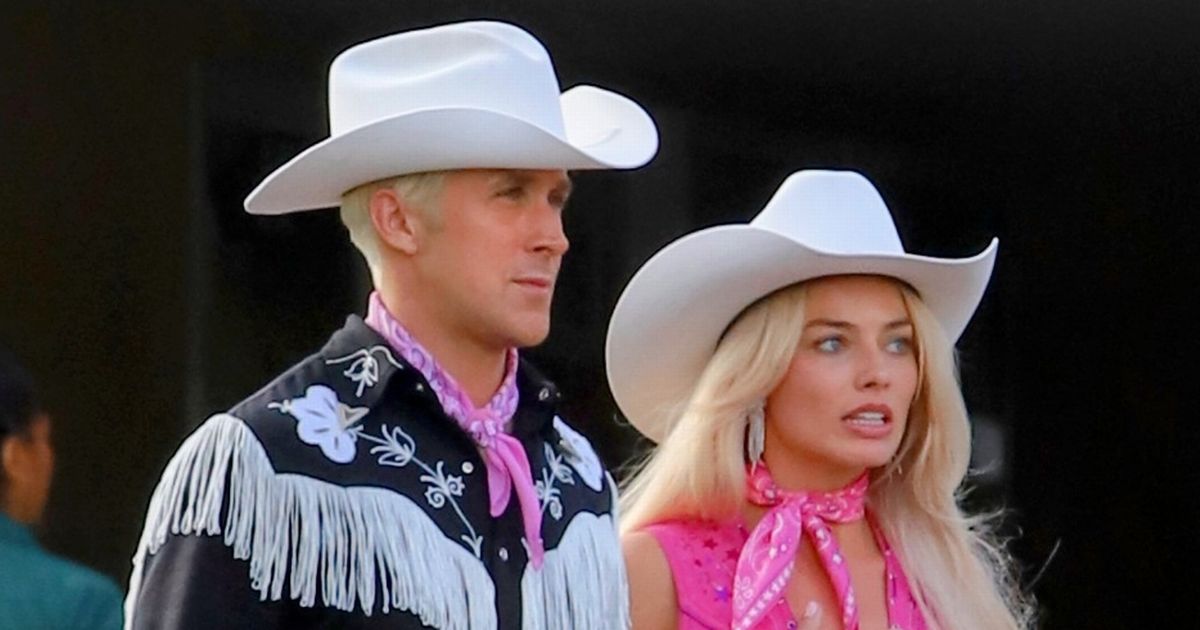 Margot Robbie and Ryan Gosling have been spotted on the LA set of live action film Barbie, which will be released in cinemas next summer 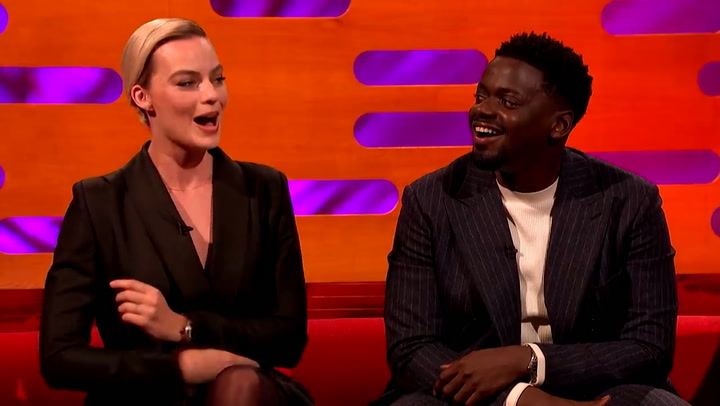 Margot Robbie reveals her husband was an extra in Harry Potter

Margot Robbie and Ryan Gosling have been pictured for the first time filming the live action movie Barbie in Los Angeles on Tuesday.

The Australian actress, 31, looked plastic fantastic as she transformed into the titular role, while Hollywood heartthrob Ryan hid his platinum blond hair under a cowboy hat as they were seen on set of the Greta Gerwig directed film.

Last week, first look images of Ryan as Ken were released but some fans felt at 41-years-old he was “too old” to be Barbie’s counterpart.

As filming got underway, the actor looked worlds away from his usual get-up as he donned cowboy boots, a matching hat and a quirky shirt with fetching white trim.

Both actors donned pink neckerchiefs and chatted animatedly ahead of the cameras rolling.

The film is being directed by Little Women’s Greta Gerwig, 38.

She was also on set and looked fully onboard with the pink theme as she sported a fetching fuchsia boiler suit.

Details of the eagerly awaited film are largely under wraps, but there are rumours there will be multiple Kens and Barbies.

One Barbie is said to be portrayed by Issa Rae while the other may be Hari Nef, who starred in Sex and the City’s And Just Like That.

Meanwhile Ken is also said to be played by at least two other actors.

New York Times reporter Kyle Buchanan tweeted: “I am hearing incredible BARBIE goss at Cannes. For one, I’m hearing that Ryan Gosling is not the only Ken in the BARBIE film. Simu Liu and Ncuti Gatwa also play Ken”.

The actor looked worlds away from his usual get-up

The film is out next summer, with the pair filming a cowboy scene in LA on Tuesday

Other members of the cast include Will Ferrell, Kate McKinnon, America Fererra and Emma Mackey,

Fans think Sex Education’s Emma may be playing Barbie’s sister Skipper due to the actress’s resemblance to Margot.

Also linked to the film, but not confirmed are Irish actress Saoirse Ronan and pop star Dua Lipa.

A source told The Sun the Don’t Start Now star had impressed Hollywood big wigs with her role in Argylle and is now signed up to the blockbuster.

Although plot details of the film are still scarce, the synopsis on IMDB says: “A doll living in ‘Barbieland’ is expelled for not being perfect enough and sets off on an adventure in the real world. A Live-action feature film based on the popular line of Barbie toys.”

The film is being produced by Margot’s production company Lucky Chap Entertainment.

Speaking about her role as the iconic doll, the actress said fans should expect the unexpected when it comes to seeing the story on the big screen.

“People generally hear ‘Barbie’ and think, ‘I know what that movie is going to be’, and then they hear that Greta Gerwig is writing and directing it, and they’re like, ‘Oh, well, maybe I don’t…”

Read More: Margot Robbie and Ryan Gosling pictured as Barbie and Ken together for the first time