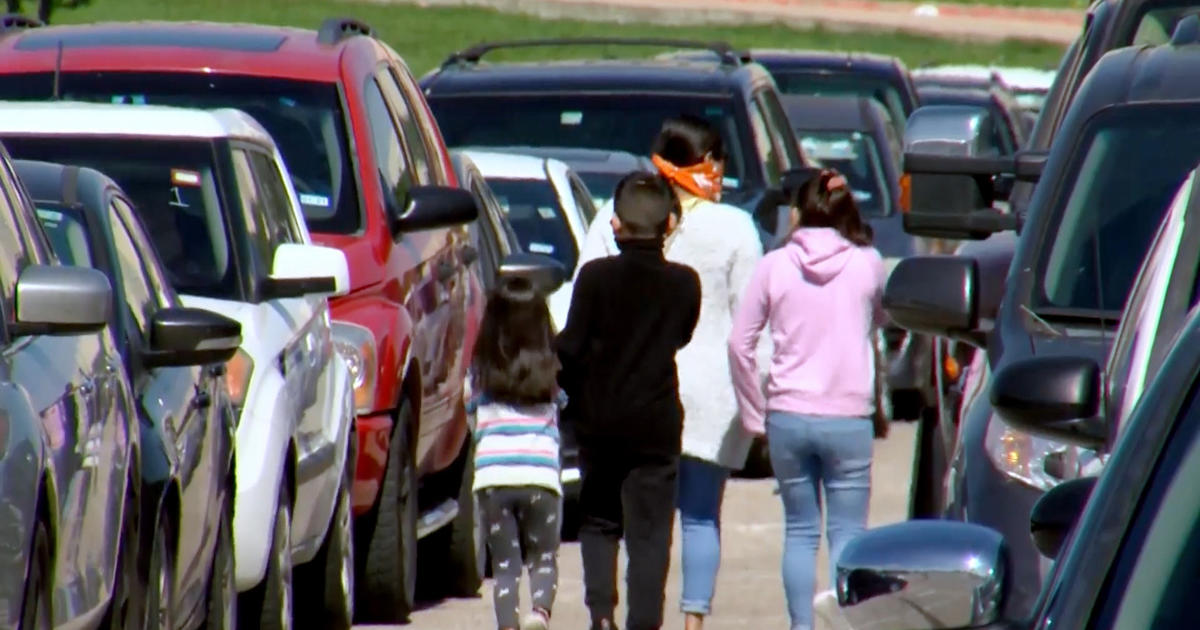 Many Latino students struggle without Wi-Fi in pandemic

Watch the CBS News special, “Pandemia: Latinos in Crisis,” in the video player above.

Technology offered a lifeline during the COVID-19 pandemic as entire families went into quarantine. But for many low-income Latinos and their children, getting access proved to be a challenge. According to one education advocate, some students had to be driven to a McDonald’s or a library for public Wi-Fi hotspots because they had no internet access at home.

Before the pandemic even struck the U.S., a Pew Research Center study found that 57% of Hispanic adults said they own a desktop computer or laptop, compared to 82% of Whites. About a quarter of Hispanics surveyed said they had “smartphone only” access to the internet. According to an April survey by SOMOS, as the pandemic began to surge, nearly 40% of Latinos did not have broadband internet access at home and 32% did not have a computer.

Many school districts across the country provided laptops to students to use for online learning during the pandemic, but there were not enough to go around.

Labor leader and civil rights icon Dolores Huerta said the impact of families not having the proper resources will be “devastating.”

“We were behind to begin with and now we’re going to have to do so much more to catch up,” Huerta told CBS News correspondent Mireya Villareal.

Legendary activist and workers’ rights icon Dolores Huerta talked with CBS News’ Mireya Villarreal about how Latinos and Latinas can be politically proactive during the pandemic, ahead of the 2020 elections.

Getting an education hasn’t been easy for kids in underserved communities. Millions of families around the country had to rely on public Wi-Fi to be able to access an internet connection, at a time when the mandate, and the safe thing to do, is to stay indoors.

Lorena Tule-Romain is the co-founder of ImmSchools, a nonprofit that works with undocumented and low-income children and families to create a safe and supportive environment for learning. She’s “absolutely” worried about the digital divide between those who do and don’t have access, especially because many of the families her organization helped had to switch to online learning “without having the essentials.”

“A lot of the parents that we worked with didn’t have that internet,” she said.

According to Tule-Romain, students told her, “How am I supposed to turn in this assignment? I have to drive and sit outside a library or a McDonald’s to get a Wi-Fi spot to be able to do my learning.”

“Some of them didn’t even own a computer at home and we really had to be creative in how we reach that gap that school districts weren’t taking into account,” she added.

She also said older kids are helping take care of their younger siblings because so many of the parents are essential workers who do not have the luxury of working from home.

Last month, 8-year-old Angel Hernandez told me the worst part of digital learning was missing recess and not seeing his friends. However, the most tragic part is that he had to do his homework on his dad’s cellphone because there were not enough computers at home for him and his two older brothers, José and Josué, to work on.

Angel Hernandez, center, does his homework on his dad’s cellphone while his brothers work on the family’s computer and a school-issued laptop.

And using his dad’s phone to do his homework had an added predicament. The cost of data usage on his phone was adding up, and his dad had lost a job in construction due to the pandemic.

After the story aired, people reached out to offer help and provide them with a laptop. A good Samaritan finally did send them one.

As the fall draws closer, the dilemma faced by cities around the country is how and when to reopen schools. The Los Angeles Unified School District, the second-largest school district in the country, already announced it will not return to the classroom in August and will begin the semester online.

Tule-Romain hopes parents are included in the decision-making process about what happens with their children.

“Are they going to be provided with Wi-Fi or a computer to make sure that if it’s a hybrid model they have those tools to actually submit all their assignments or testing, whatever they have to do for their course load, and really make sure they’re providing that support?”

There is so much at stake. No one wants their kids to get behind in school, and if once again kids are required to go to online learning without the necessary tools at home, Latino kids will have a much harder time catching up.

In an interview with CBS News, actress Eva Longoria, an active advocate for the Latino community, put it best: “Outside of the crisis, the Latino community already suffers from inequity,” she said. “The effects of these hardships are going to continue to produce exponentially. We’re going to have a lot of cleaning up to do.”

Read More: Many Latino students struggle without Wi-Fi in pandemic

Federal agents under scrutiny after clashes with protesters in Portland »