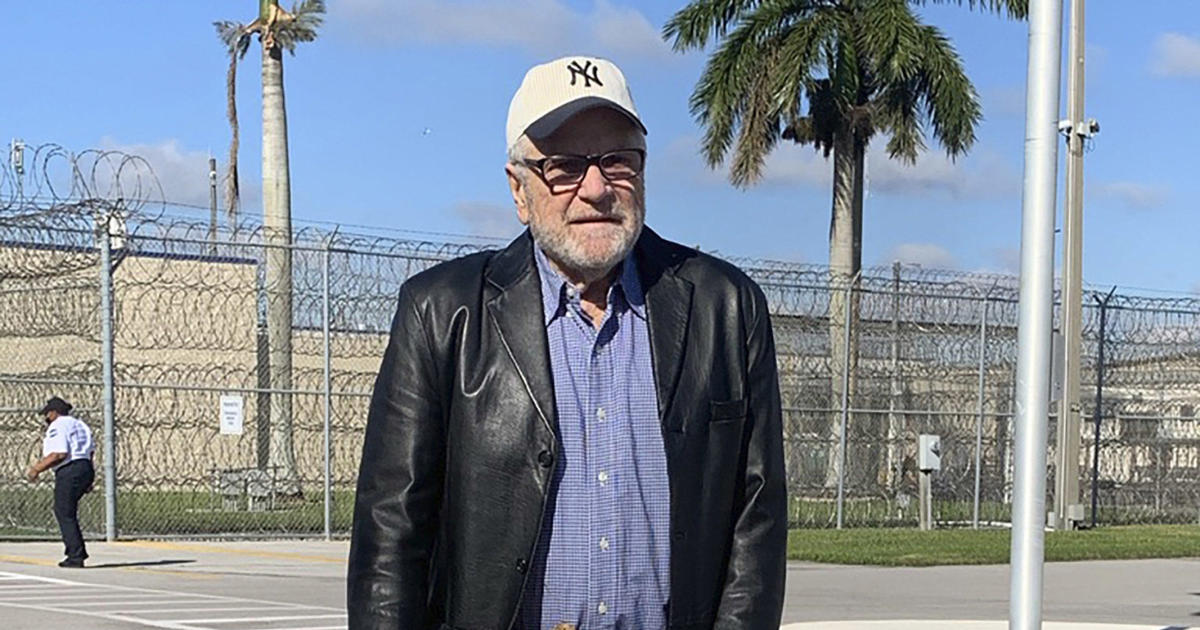 Man who spent decades in prison wants to help other inmates

A man who spent 31 years behind bars for marijuana trafficking was released from prison on Thursday. Richard DeLisi, 71, gathered for an emotional homecoming with his family in Fort Lauderdale, Florida, and said he wants to help advocate for prison reform.

“The system needs to change and I’m going to try my best to be an activist,” he told reporters Thursday.

In 1989, DeLisi was sentenced to 90 years in prison for smuggling more than 100 pounds of marijuana from Colombia into Florida, CBS affiliate WPEC reported. He’s believed to be the longest-serving inmate for a non-violent marijuana conviction.

His parents, wife and son, Stephen, all passed away while he was in prison. But his two remaining children, Ashley and Rick, and five grandchildren have been eagerly awaiting his release.

DeLisi said he learned how to read and write in prison and said he found God, which changed his disposition. He became a mentor to younger inmates entering the prison.

“Prison changed me. I never really knew who God was and now I know and it changed the way I talk to people and treat people,” said DeLisi. “For me, being there so long, I was able to take gang members from gangs to gentlemen.”

Richard DeLisi walks out of prison on December 8, 2020.

The Last Prisoner Project, a non-profit dedicated to freeing people incarcerated for marijuana-related offenses, connected DeLisi with his lead attorney, Chiara Juster, through its pro bono release program. “It is a sad truth that children of those who are incarcerated are also given a sentence,” Juster said in a statement. “Ashley and her brother Rick’s ninety-year-sentence is also ending.”

At least 40,000 prisoners are currently serving sentences for cannabis infractions that are now legal, according to the Last Prisoner Project.

“Today we celebrate Richard DeLisi’s release, but tomorrow we go back to work because in our state and in our country there are thousands of Richard DeLisis,” attorney Elizabeth Buchanan told WPEC.

Read More: Man who spent decades in prison wants to help other inmates