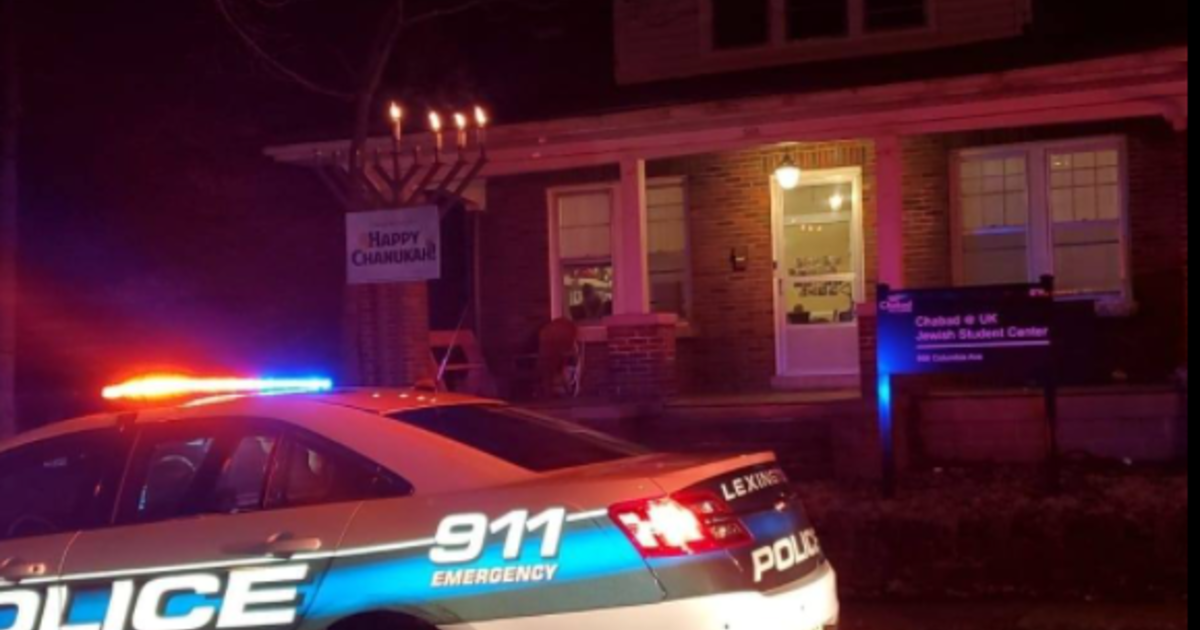 A Kentucky man was run over on Saturday during a Hanukkah celebration, according to police and CBS affiliate WKYT. The victim told police the driver used anti-Semitic slurs before the attack.

Lexington police told CBS News the victim was standing near a curb during the menorah-lighting ceremony when a man in a dark-colored SUV pulled up next to him and the two exchanged words.

According to a Facebook post by the Chabad, the driver had nearly hit a volunteer film crew and the man intervened, stepping in between the driver and the Chabad house, where children were in the front room.

Tonight, as we were preparing to light the Menorah for the third night of Chanukah, a community member was assaulted…

Posted by Chabad of the Bluegrass on Saturday, December 12, 2020

Police say the driver then grabbed the man by the arm and accelerated the vehicle, dragging the victim. When the driver let go, the victim fell and hit his head, and the driver ran over the victim’s leg before fleeing, police said.

The victim was transported to the hospital with non-life-threatening injuries. Police say they are working to identify a suspect and determine whether bias motivated the attack.

The 36-year-old victim was injured in the attack during the ceremony marking the third night of Hanukkah at the Chabad of the Bluegrass, which serves the Jewish community in the Lexington area and at the University of Kentucky. The Chabad’s rabbi Shlomo Litvin told the station the victim insisted the community continue the ceremony and light the menorah after the attack.

Police respond to a car attack at a menorah-lighting celebration at the Chabad of the Bluegrass in Lexington, Kentucky.

“Someone yelled, ‘Call 911,’ and he said, ‘First let’s light the menorah, I’m not going to allow that to stop us from celebrating our faith and spreading the light, which is the very message of Hanukkah,” Litvin said.

In the Facebook post, the Chabad hailed the victim as a hero. The post read that in insisting the menorah lighting continue, the victim would “not allow darkness to quench our light.”

“That this attack occurred on the third night of Hanukkah, during menorah-lighting celebrations, makes it all the more hateful, hurtful and cowardly,” Beshear wrote. “I ask all Kentuckians to join me in praying for a quick recovery and join me in rejecting hate.”

The victim was released from the hospital on Sunday, WKYT reports.

« First vaccinations begin across the U.S. as COVID-19 hospitalizations soar