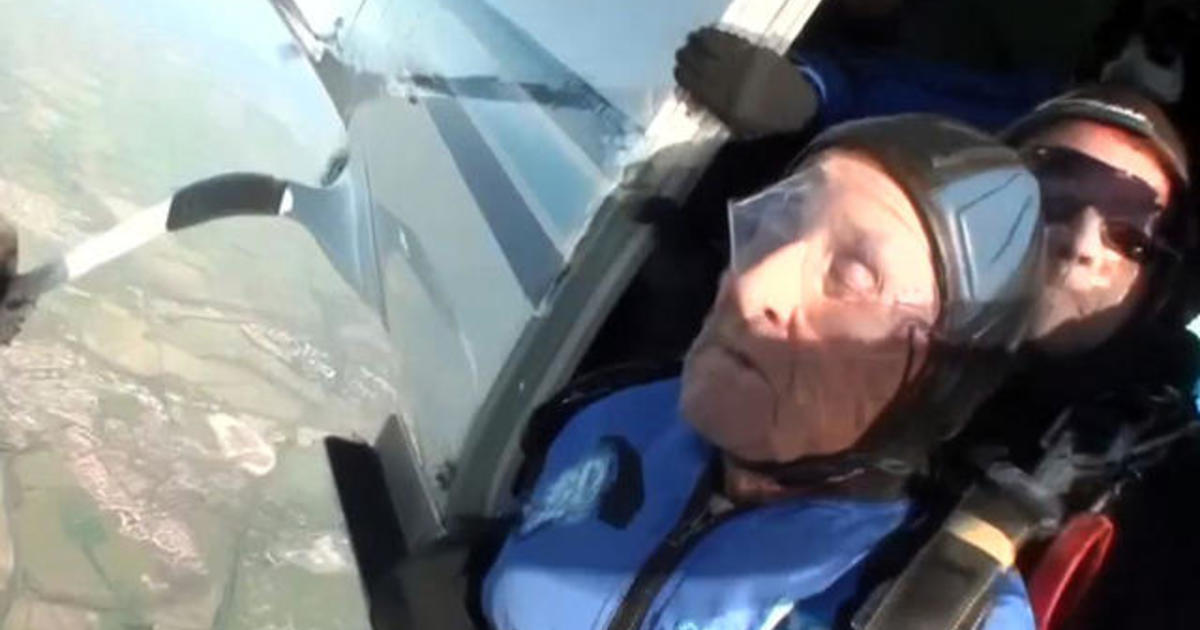 A British man who recently lost his wife is keeping a promise he made to her on her death bed. In an effort to raise money for new medical equipment for his late wife’s doctors, Jack Hake swore he would go skydiving and bring her ashes with him. CBS News’ Alphonso Van Marsh reports.

Patricia Cornwell dishes on TV pilot in the works »