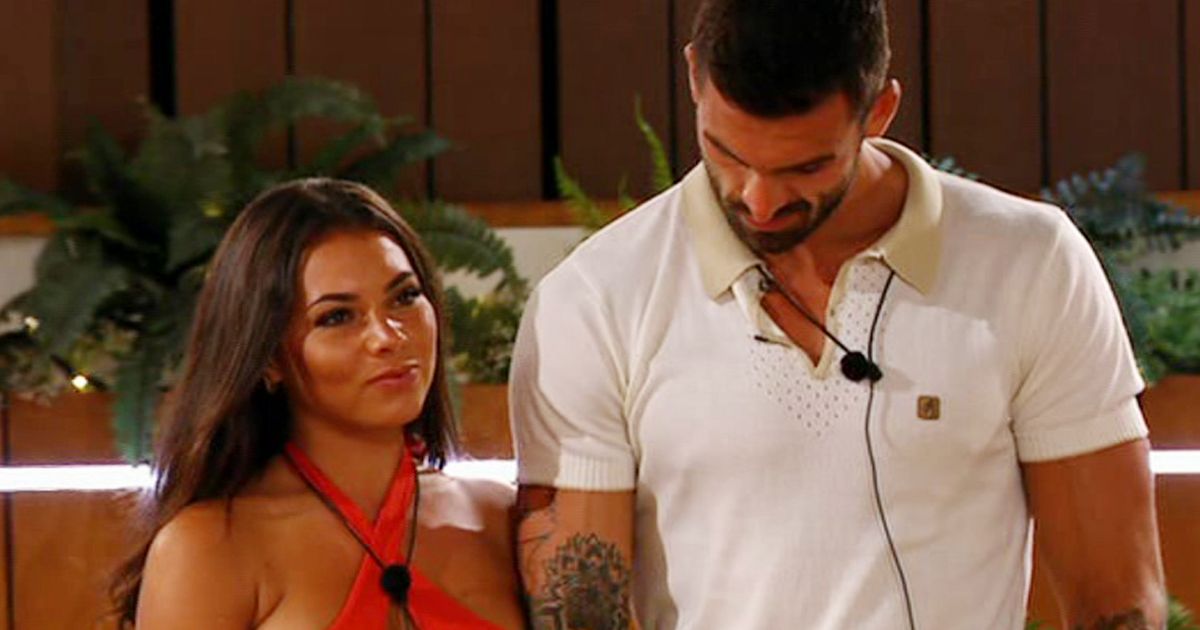 Paige Thorne, 24 and Adam Collard, 26, have made it perfectly clear to fans that they are very much still together. The couple had to spend a few days apart to see family and friends after leaving the show 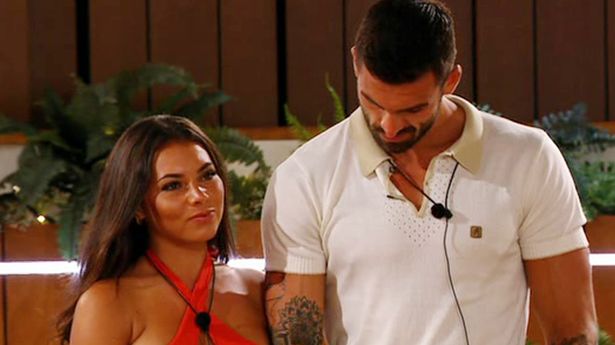 Love Island’s Paige Throne and Adam Collard have hit back at rumours that they have already split.

The paramedic and fitness coach both addressed fans’ concerns by proving that they are still very much head-over-heels.

The couple, who were given the boot just before the live final, separately took to social media to straighten a few things out.

Paige, 24, shared snaps of herself and Adam cosying up and told her followers: “Had the best time at the reunion last night.

“It was so lush to see everyone again, missed those guys!

The pair put on a defiant display on Thursday evening

Paige said that she ‘couldn’t be happier’ with Adam

“Thankfully I’ve had this guy to keep me occupied, couldn’t be happier.”

And Adam, who returned to the show squeaky-clean after getting a reputation as a bad boy in 2017, was asked by a fan if he and Paige were still going strong.

“I b***dy hope so since I’m seeing her tomorrow course we are, I can’t wait just family comes first x” he replied.

The couple spent the last few days apart after Paige headed home to Wales and Adam to Newcastle.

The Islanders enjoyed a wrap party

Adam told a fan that they were very much still together

Adam was spotted on a night out with previous Islander and singer Wes Nelson, who is newly single.

The Geordie hunk was seen posing with a huge group of lads for the boys day out.

“Surprise from the one and only last night @wesnelson,” the 26-year-old captioned the picture.

The two of them met on the fourth series of Love Island and have stayed pals ever since.

Wes and his girlfriend, Lucciana Beynon, split after nearly two years of dating.

Sources close to the rugby player told The Sun he “wasn’t ready to see Paige” after she moved on so quickly once he left the show.

After leaving due to struggling with his mental heath, Jacques told Paige that while he wanted her to enjoy her Love Island experience and he would be waiting for her when she leaves the villa.

After coupling up with bombshell Adam, Paige gushed to the girls about her “best date ever”.

“Honestly, my Love Island experience has been two separate stories, I went through a really rough, rocky start at the beginning, I was unhappy, I did a lot of crying, I had good times too but they just were not compared to what I’ve got now,” she said.

The source added that Jaques was “pretty much completely forgotten about” at the reunion, which will air on Sunday.

“It was mentioned once that he couldn’t make it and then he was never spoken of again,” they said.

“Paige wasn’t even asked any questions about him and she didn’t say anything about him – despite it being a huge part of her journey.

“Everyone thought it was a bit odd and were surprised he got so little mention after everything.”